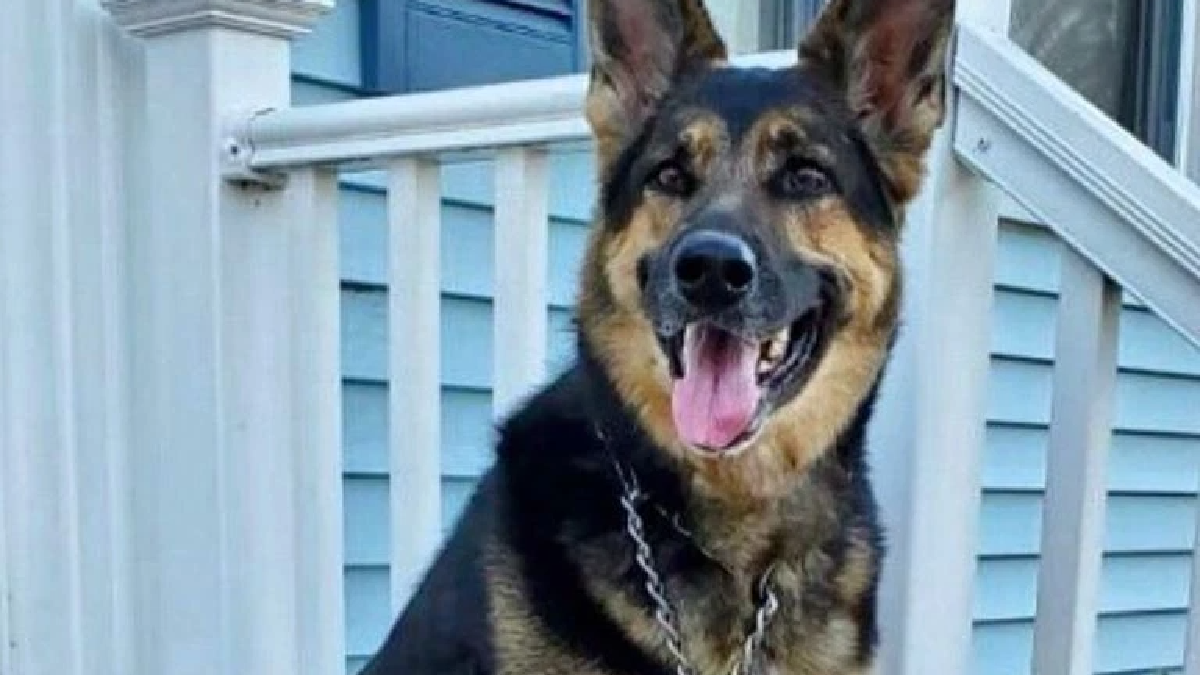 A German Shepherd saved her owner’s life by ‘dragging him to his cell phone’ when he had a stroke.

Six-year-old rescue dog Sadie has been hailed a hero for hauling her owner, Brian, across the room when he had a stroke, collapsed and was unable to move.

Brian, from New Jersey, USA, adopted Sadie a few months ago and suffered a stroke when he was home alone last week. The pair formed a special bond almost straight away, a bond that has shone through in Brian’s time of need.

When he took ill, Sadie stayed by his side and even licked his face to keep him awake.

She then grabbed him by the mouth and dragged him to his phone, allowing Brian to call the emergency services.

The Ramapo-Bergen Animal Refuge, where Brian adopted Sadie from, posted on Facebook to tel people about Sadie’s heroism. They said Sadie gave Brian a ‘second chance at life’ after he previously gave her a new home.

The post said: ‘As is common to her breed, she is loyal and loving with her chosen people.

‘Brian felt a special bond with Sadie, as he valued her intelligence, hesitancy to trust and fierce loyalty once she did form that trust.

‘Sadie was the only reason that Brian was able to call for help. This time, Sadie gave Brian a second chance at life.’

Sadie is staying with family while Brian recovers fro his stroke in a rehabilitation center. They FaceTime every night, and are counting down the days until they can be reunited, the rescue center said.