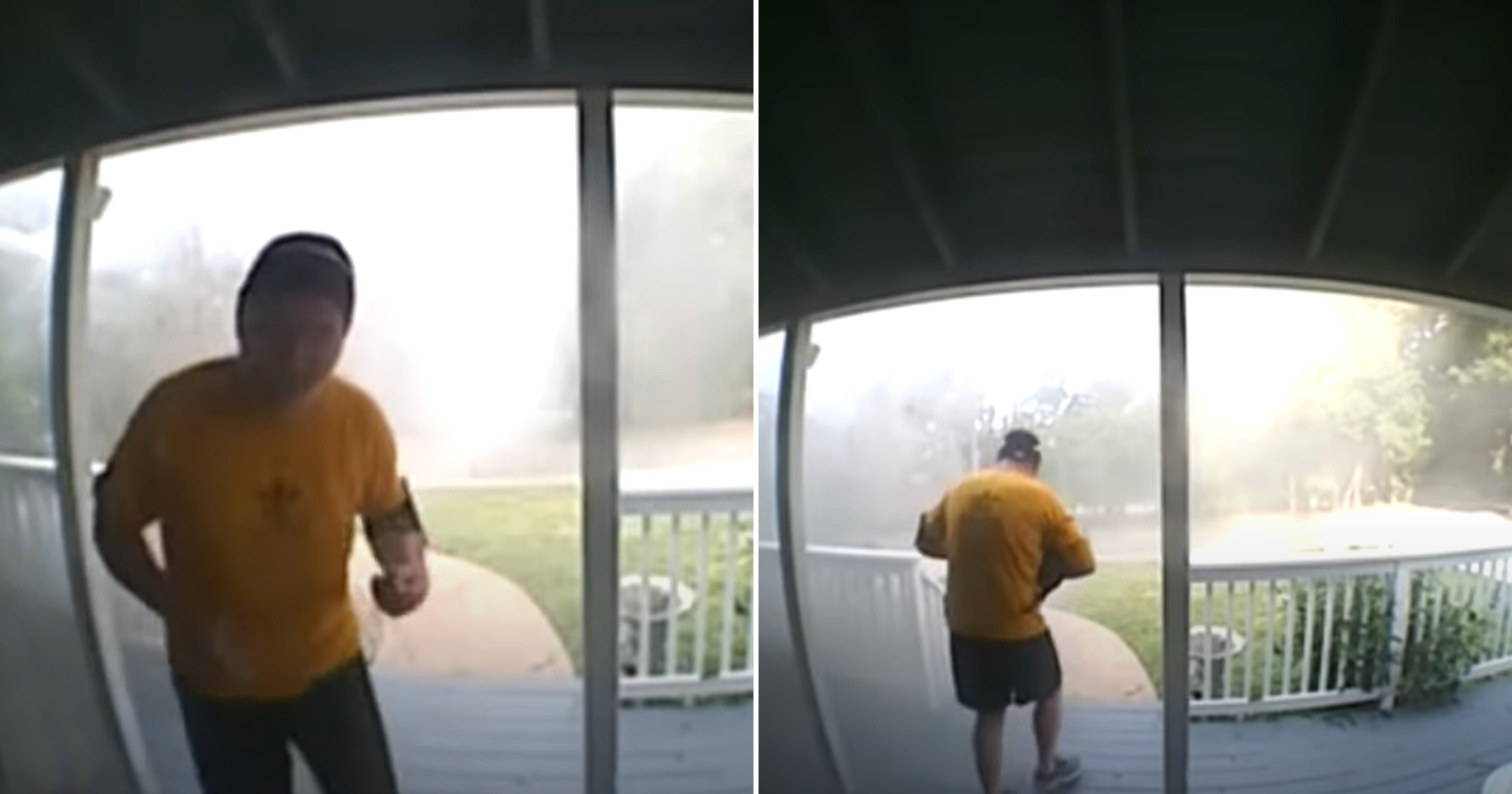 Incredible footage shows a jogger use a Ring doorbell to rescue a stranger’s pets from a burning house.

The family was just 10 minutes from losing everything, the fire department said – but Paul Murphy saved the day.

Paul, identified locally, was out running when he noticed smoke pouring from the top of a property in Scotts Valley, California.

He used Courtney Polito and partner Tony’s Ring doorbell – a device that allows homeowners to speak to visitors from anywhere – to warn them their house was about to burn down.

Paul is heard saying ‘hello, do you see there’s smoke coming out of the top of your house?’ in a video.

Terrified for their two dachshunds, rabbit and cat, the couple gave him the access code.

The Good Samaritan ran into the house to rescue the animals as the flames rose.

An image shows one of the dachshunds under his arm as he raced to safety before the Scotts Valley fire crew arrived.

It is the first time the fire department had seen someone use a Ring doorbell system to alert 911 and the homeowners, Scotts Valley Chief Battalion Chief Andrew LoFronc told WTHR 13.

Tony said it ‘takes a special kind of person’ to save a stranger’s pets from an inferno.

Courtney added that she couldn’t wait to give Paul a hug to express how grateful she is.

She said: ‘The fire department said 10 more minutes and the house would have been gone.’