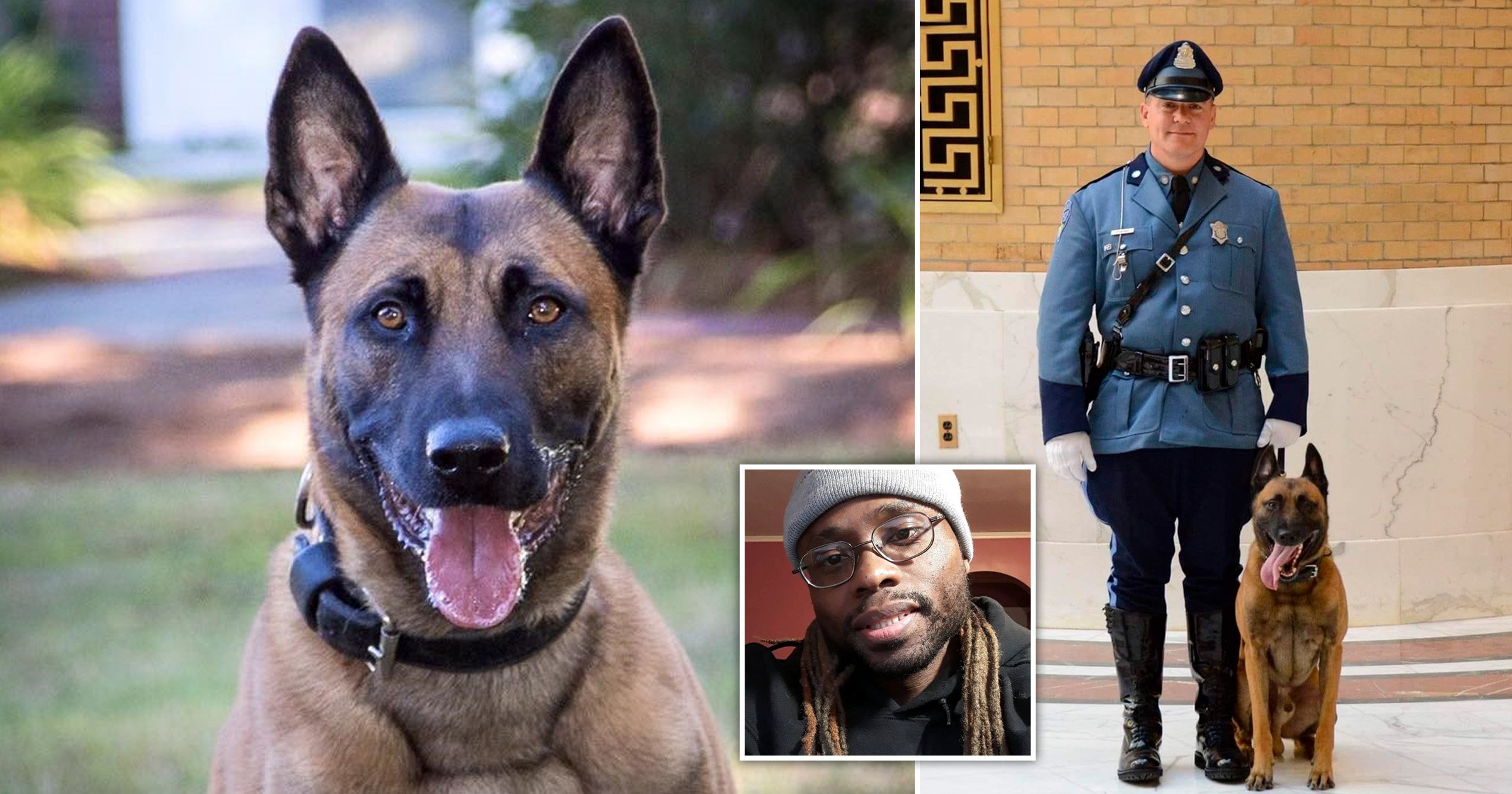 A police K-9 honored for protected his handler in a deadly standoff is the first dog to die in the line of duty in Massachusetts.

Frankie, an 11-year-old Belgian Malinois, was an almost nine-year veteran of the Massachusetts State Police.

Police arrived at a home in the town of Fitchburg occupied by ‘fugitive’ Michael Mack, 38, on Tuesday morning.

Mack was wanted for firearms offenses and accessory after the fact to a shooting that occurred last Thursday.

After an hours long standoff, Frankie and his handler, Sgt David Stucenski tried to take Mack into custody.

Mack shot at the pair several times. Stucenski was unharmed, but Frankie was hit by the gunfire.

Later, Mack turned the gun on himself, police said.

‘Frankie had every trait we seek in a good law enforcement officer, canine or human: intelligence, immense courage, and dedication to protecting the public,’ said police spokesperson Col Christopher Mason.

‘He was as loyal a partner as any Trooper ever had.’

Mason also called Frankie a ‘highly decorated member’ of the police force. Frankie and his handler were awarded the Medal of Valor in 2017 at the state’s top law enforcement awards ceremony.

Frankie was honored for charging an armed suspect that opened fire on him and Stucenski. Frankie was able to disarm the suspect, saving his handler’s life, the state police said on Facebook.

Frankie was taken to a local animal hospital in Westminster where he died from his wounds. He became the first dog to be transported by ambulance thanks to a bill signed into law in February.

Nero’s Law, named after another police K9 injured in the line of duty in 2018, allows first responders to treat police animals and transport them by ambulance so long as there are no people who need medical attention first.