Albert Sutton paid just over $1 million for something that many rich people dream of — a private island. Then he bought a second island, 400 yards away, for $450,000.

But Dr. Sutton’s islands are not in the Caribbean or the Pacific, as theirs are. His islands are a five-minute boat ride across Long Island Sound from New Rochelle, N.Y., less than an hour north of Manhattan. 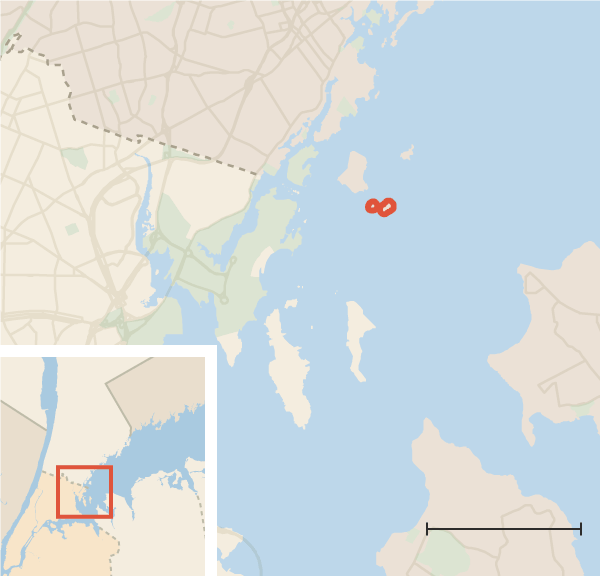 The poet John Donne wrote that no man is an island — “every man is a piece of the continent, a part of the main.’’ But when the continent is a mile away, it is not easy being the man who owns the island.

“I thought I would have great thoughts out here,” he said, standing on his doorstep on Columbia Island, the smaller of the two.

Many of the thoughts he has had in 14 years as an island owner were about money. He said he had spent $8 million on renovations, including solar panels for electricity and a desalination unit for drinking water.

Dr. Sutton’s Columbia Island is one of dozens just off the coasts around the New York City region. Most are smaller than, say, the 413-acre city-owned Rikers Island, with its complex of jails and troubled history of violence and mismanagement. New York City also owns North Brother Island, 20 acres that were once home to the disease-spreading cook better known as Typhoid Mary. 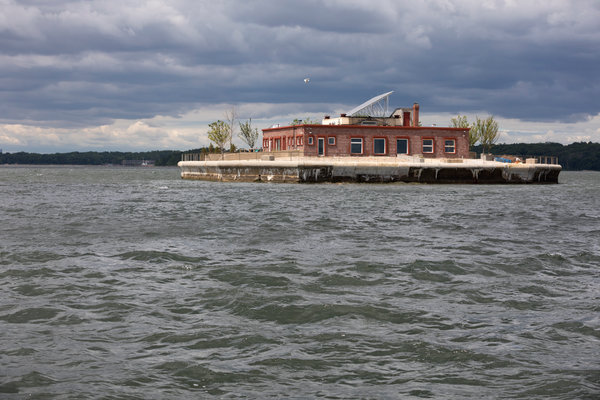 In the 1990s, Donald J. Trump tried to buy Davids Island, which is across from Mr. Sutton’s Columbia Island, but ended up abandoning plans to build condominiums or townhouses there (and losing a $500,000 deposit).

More recently, there were rumors that Mr. Trump’s daughter Ivanka was interested in Rat Island, two and a half acres off City Island in the Bronx, according to Roland Veit, a coffee trader who became one of its two owners. He said she did not appear at the auction at which the other owner, Alex Schibli, snapped it up for $176,000.

“Leaving the mainland is everybody’s island dream,” said Rebecca Kinnear, the editor of Islands.com, a website that typically focuses on islands in warmer places than New York. “When you go to an island you’re escaping the real world, leaving everything behind for, hopefully, palm trees and a perfect beach. Who wouldn’t want to own that?”

Mr. Schibli knew not to expect palm trees. This is New York, after all, and he could see Rat Island from where he lived on City Island. (But now there is something to see on Rat Island: a replica of a statue of William Tell, the Swiss patriot who is said to have famously shot an arrow into an apple on his son’s head.)

But for some owners, privacy is paramount, said John Campbell, a real estate broker with a $4.9 million listing for a one-house, 1.1-acre island in the Thimble Islands off Branford, Conn. “Short of some pirates coming out to the island, it is safe,” he said.

Nowadays there are island owners who value a getaway where the neighbors are neither nosy or noisy, because they are nonexistent. Some owners enjoy the bragging rights that come with owning one’s domain. Others have had to warm up to being an island owner. Mr. Veit, the coffee trader, said that for a year and a half after he bought his half-interest in Rat Island, “every time the topic came up, my wife was upset.”

A few miles away, Dr. Sutton made owning his own island sound more like the movie “The Money Pit” or the sitcom “Bless This Mess” than something relaxing and idyllic. He said he put money into necessities, like a decommissioned Navy vessel to get to his island and a barge that can carry about one tractor-trailer load of material from the mainland.

He also said he has had enough. He put the two islands on the market in May for $13 million.

Originally, his dreams did not include the larger Pea Island close by, but when it became available in 2015, he bought it as a safeguard. “It protects whoever is going to own this from having a hostile neighbor or anything like that,” he said, referring to Columbia Island.

There is nothing on Pea Island but trees and grass, and at about four acres, it is more than twice the size of Columbia Island. Exactly how large Columbia Island is depends on when measurements are taken. It grows and shrinks with the tide. A small sandy beach beyond the 14-foot sea wall disappears when the tide comes in and reappears, inch by inch, when it goes out.

The one building on Columbia Island was built as the base of a radio transmitter. It once supported a broadcast tower over 400 feet tall for WCBS-AM (whose call letters when the tower went up in the 1940s were WABC-AM). But the station moved to another tower on a different island in Long Island Sound in the 1960s.

Dr. Sutton began investing in real estate in the 1980s after, he said, exposing a double-billing scandal at SUNY Downstate Medical Center in Brooklyn, where he had worked. “I had to get out” after becoming a whistle-blower, he said.

He also bought what he called “some land underwater,” two acres in the East River, just off Greenpoint, Brooklyn. “I couldn’t resist it,” he said. “How can you not buy two acres of land in New York for $200,000?” After about 15 years, he sold it for $2 million to developers who could build boat slips there, he said.

When he heard about Columbia Island, then owned by a nearby yacht club, it was love at first visit. The dilapidated building did not scare him off.

But owning an island was different. He had to rip out the ordinary wallboard he first installed, replacing it with concrete-backed board that is resistant to water seeping through walls. To keep the basement dry, his contractors installed a three-pump system that can handle a storm surge; it can drive out 60,000 gallons of water an hour.

And landscaping was a challenge. He first planted honey locusts and shrubs that would do well on the mainland. They died in the salty air. Now he has mulberry and kwanzan cherry trees.

And while WCBS must have had an electric cable from the mainland, it was long gone when he arrived. He opted for solar panels on the roof, with a backup system for cloudy days — two 50-kilowatt generators.

For all that, Dr. Sutton said he had spent only one night on the island.

“It never really occurred to me that, gee, I should spend more time there or get more pleasure out of it,’’ he said. “I was here to make it beautiful and let it realize itself.”

James Barron is a Metro reporter and columnist. He is the author of the books “Piano: The Making of a Steinway Concert Grand” and “The One-Cent Magenta” and the editor of “The New York Times Book of New York.”