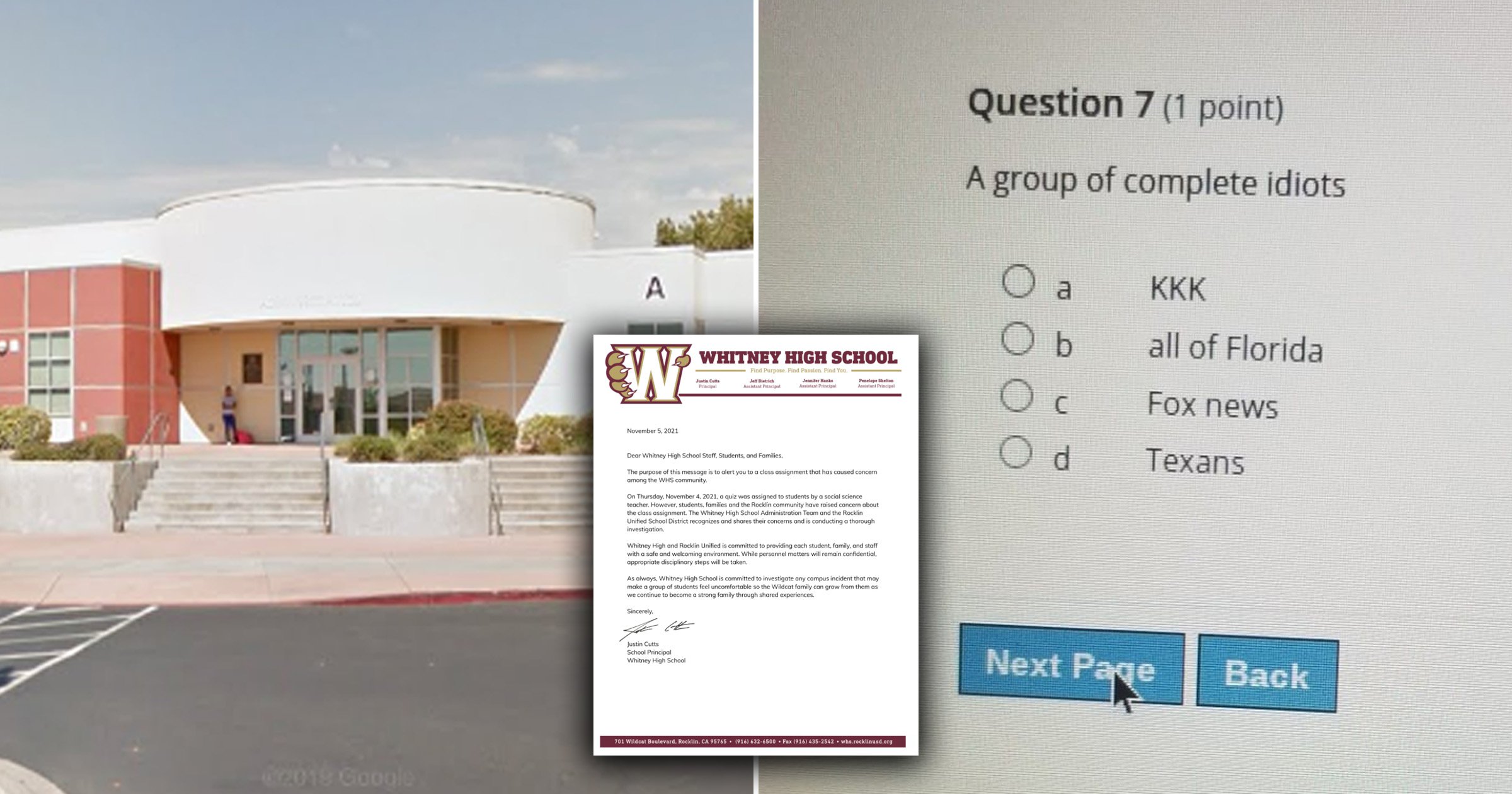 A high school teacher is being investigated for a quiz asking students to identify a ‘group of complete idiots’ with answer choices appearing to criticize conservatives.

The question on a November 4 multiple choice social science quiz asked students to select a ‘group of complete idiots,’ and gave the option of ‘KKK,’ ‘all of Florida,’ ‘Fox News’ and ‘Texans’, for students to choose.

The teacher at Whitney High School in Rocklin, California, was quickly criticized after a parent shared a screenshot of the test question to social media.

‘We all have different beliefs,’ Jessa Krissovich, who shared the test question to social media, told Fox 40. ‘This is the United States and we all come from different backgrounds and everybody should be okay with who they are.’

Krissovich added that it ‘sounded unbelievable’ when she was first showed the question.

A former student of the social science teacher told KCRA that the instructor was known to joke around.

‘I understand he’s just trying to make a joke, but that kind of stuff shouldn’t be on a test,’ said Joel Alquicira, who had the teacher the previous year.

‘He was always like a funny kind of teacher. He would always try to make jokes.’

Another parent told the news station that one-sided political comments are an ongoing concern with the unnamed teacher.

‘The question on the test is really blatant obviously and that’s out there,’ the parent said. ‘This has been the first time it has been looked at of him crossing the line.’

This parent said the teacher has also previously made comments mostly directed against the Republican Party.

Whitney High School Principal Justin Cutts told parents in a letter that the district shares their concerns and is investigating the matter.

‘As always, Whitney High School is committed to investigate any campus incident that may make a group of students feel uncomfortable so the Wildcat family can grow from them as we continue to become a strong family through shared experiences.’