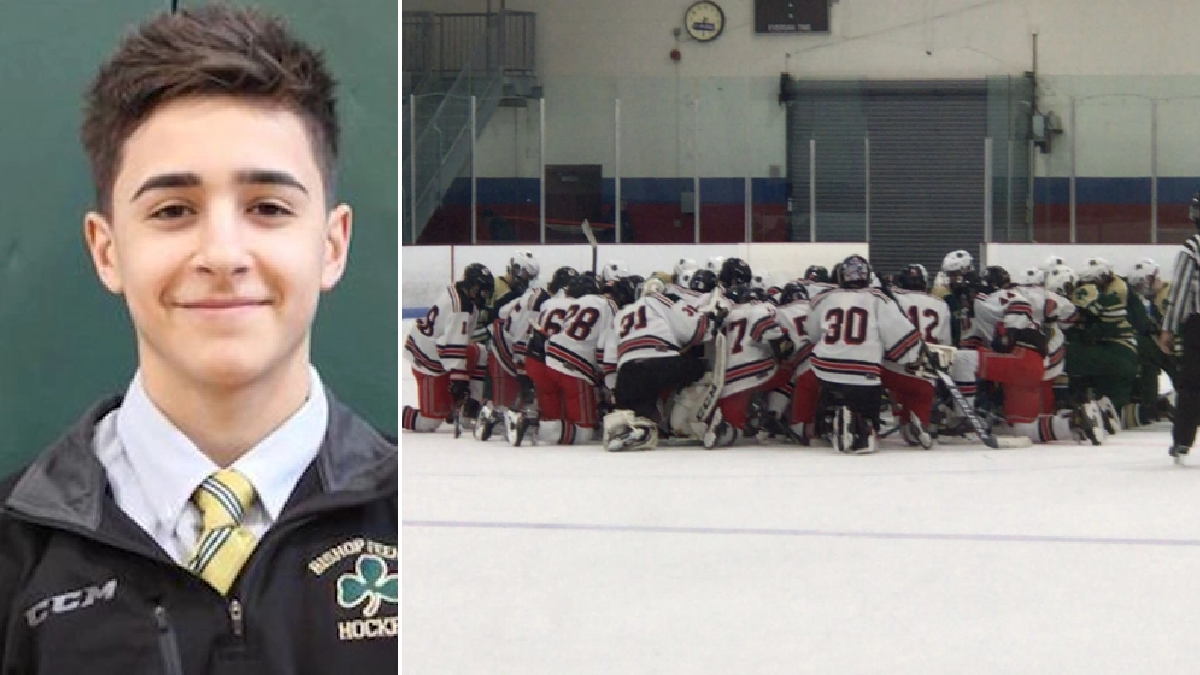 An ice hockey player might never walk again after slamming head-first into safety barriers around the edge of an ice rink while playing a game. AJ Quetta suffered an extremely serious injury while playing for Bishop Feenan’s High School team the Shamrocks in Boston on Tuesday.

The accident left AJ unable to move. He was rushed to hospital immediately afterwards, where he continues to receive treatment. Bishop Feenan School President Tim Sullivan said: ‘Right away, the game stopped.

‘Medical personnel were on the ice looking after AJ, and eventually he was stretchered and taken off the ice and taken to the hospital.’ A GoFundMe page set up to pay for AJ’s treatment revealed his grim prognosis, which could also prevent him from ever returning to the ice rink.

After AJ was stretchered off, his team continued against rivals from Pope Francis High School. Both teams prayed for the injured sportsman at the center of the rink as the game ended.

AJ’s family have yet to share another update on his condition, but say they will use the money raised for him to pay for the best rehabilitation doctors they can find.

His plight has also come to the attention of Boston’s famous ice hockey team, the Bruins, who sent a message of support.

A statement from the team read: ‘The Boston Bruins are sending best wishes to Bishop Feehan hockey player AJ Quetta.

‘We are keeping AJ, his family, and the Bishop Feehan community in our hearts during this very difficult time.’