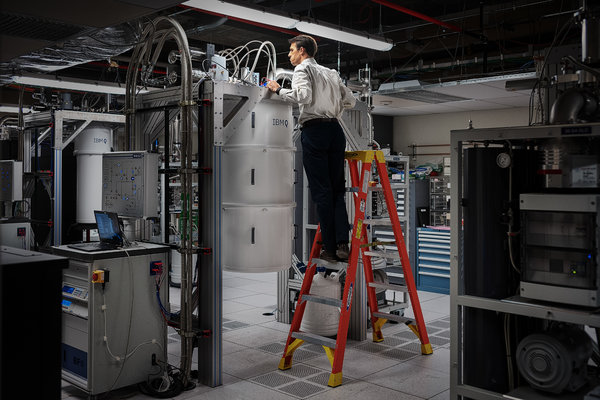 (If you want to get California Today delivered to your inbox, here’s the sign-up.)

Early this year, I asked Pui-Wing Tam, our Tech editor, to look back at 2018 and to predict some of 2019’s biggest story lines.

As we get ready to close out 2019, I asked her for some updates. Here’s what she said:

At the beginning of 2019, you said one overarching story your team would be following was a growing tech backlash. What were some of the most important developments in that area this year and why?

So we were both right and wrong. While a backlash did grow against tech in some significant ways in 2019, it also didn’t in other notable ways.

Here’s what I mean: In Washington, lawmakers and regulators clearly took on big tech in 2019. Federal agencies like the Justice Department and the Federal Trade Commission began antitrust investigations of Google, Facebook, Amazon and Apple, as did state attorneys general and Congress.

Even in the heart of the tech industry — in Silicon Valley and in Seattle — we saw growing dissatisfaction among workers. A kind of backlash by insiders, if you will. Tech employees gave their bosses a hard time over issues such as climate change and unionization. Companies are still dealing with that elevated level of activism and outspokenness.

But here’s where the backlash stopped. Did most of us drop our use of Google searches or Instagram posting or Amazon purchases or using iPhones? Not in the least. So we continue relying on these big tech companies. And as a result, they continue to mint money and to watch their stock prices go up and up and up.

What story or finding from your team most surprised you this year and why?

Technology can still wow us with milestones, in a “Holy multiverse!” sort of way.

Probably the most mind-bending development this year was when Google made a quantum breakthrough. Essentially, the internet giant created a new kind of computer that could make calculations at unbelievable speeds. My colleague Cade Metz wrote of the achievement: “The Google device did in 3 minutes 20 seconds a mathematical calculation that supercomputers could not complete in 10,000 years.”

Whoa, right? As for how exactly this worked, I can tell you it involves qubits and subatomic levels and extremely cold temperatures. Cade asked a few quantum experts to describe it all in 280 characters, so read about it here.

This year, we’ve seen a lot of high-profile tech companies flail financially — most notably Uber, with its disastrous I.P.O. That signaled a major shift. (Like, now it’s important to investors that companies actually make money?) What can we expect on that front in 2020?

That there won’t be a black-and-white answer to whether the start-up bubble has popped or not.

Certainly high-profile tech I.P.O.s flopped this year and people in Silicon Valley didn’t get quite as rich as they expected (cue the small violin). But there’s still a lot of money sloshing around in tech start-up land and it isn’t likely to just disappear anytime soon.

So we’ll be watching a few barometers for where things go. Will Airbnb go public in 2020 and if so, how will it fare? How will other companies funded by SoftBank, the Japanese conglomerate that invested huge sums into Uber and WeWork and others, do? And so on.

Even if the rubber meets the road in 2020, there will most likely be glimmers of the next big thing. Back during the dot-com implosion in the early 2000s, Google was just getting going. And we all know how it has since become a dominant force in many of our lives.

What else will your team be watching in 2020?

So much to watch! The most obvious is the 2020 election. The pressure is on social media in the next year to eliminate meddlers and misinformation around political candidates and their campaigns, especially after Russians used Facebook, YouTube, Twitter and other platforms to inflame voters in 2016.

Here’s what else you need to get caught up

We often link to sites that limit access for nonsubscribers. We appreciate your reading Times coverage, but we also encourage you to support local news if you can.

California’s economy is booming. Why are so many people unhappy? [The New York Times]

Also: Here’s more about why the state’s population growth has sunk to historic lows. [The New York Times]

California’s landmark data privacy law is set to go into effect. Nobody really agrees on what that means. [The New York Times]

If you missed it, here’s a conversation with Hannah-Beth Jackson, a state legislator, about her concerns over the law’s enforcement. [The New York Times]

Since California’s prison realignment diverted more offenders to county jails and probation programs, the state has allocated extra money to counties to help. But some sheriff’s offices have been using that money to boost patrols or other things — a move that some say is wrong and possibly illegal. [The Sacramento Bee | ProPublica]

Take note: One of the new laws taking effect in the new year is a ban on smoking and vaping at state parks and beaches. [CalMatters]

Snow and freezing temperatures closed I-5 through the Grapevine on Friday. It caused traffic backups around the state. [The Fresno Bee]

Chinese restaurants in cities around the country, including San Francisco, are closing. Here’s why that’s a good thing. [The New York Times]

Awkwafina is set to produce and star in a movie about how restaurants in Chinatowns helped fuel the rise of California’s punk scene by booking acts to draw people in. [NBC News]

The Mountain Messenger, which says it’s the state’s oldest weekly newspaper, is nearing its final days. Mark Twain at one point wrote for the publication under his given name, Sam Clemens, while he was hiding out. [The Los Angeles Times]

Also, here’s which streets will be closed for the parade. [Pasadena Star-News]

In Salinas, fewer people are taking part in neighborhood posadas. But residents say they’re fighting to keep the tradition alive. [The Salinas Californian]

Jill Cowan grew up in Orange County, graduated from U.C. Berkeley and has reported all over the state, including the Bay Area, Bakersfield and Los Angeles — but she always wants to see more. Follow along here or on Twitter, @jillcowan.