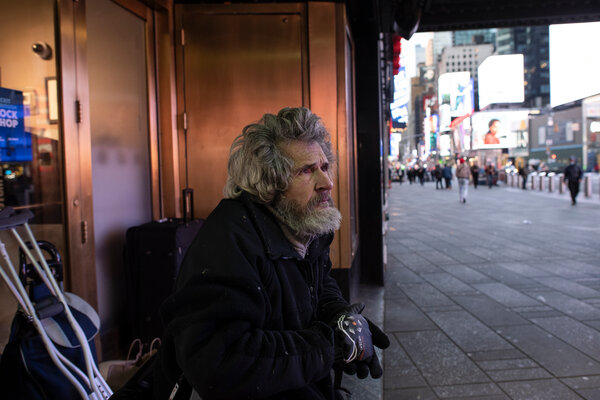 An annual nationwide survey of the homeless that was completed before the pandemic and released Thursday showed a rise for the fourth straight year, with about 580,000 individuals living on the streets or in temporary shelter at the start of 2020.

But the report almost certainly underestimates the spread, depth and urgency of the crisis, and not by a little, federal officials warned.

The report does not reflect the displacement and hardship encountered by families who lost work as a result of the sharp downturn caused when the coronavirus struck the country soon after the census was conducted, said Marcia Fudge, who was confirmed as President Biden’s secretary of Housing and Urban Development last week.

“What makes these findings even more devastating is that they are based on data from before Covid-19, and we know the pandemic has only made the homelessness crisis even worse,” Ms. Fudge, a former Democratic congresswoman from Ohio, said in a video accompanying the release.

“We have a moral responsibility to end homelessness — and we know how to do it,” she added.

HUD officials say the pandemic’s impact on homelessness will not be known for a while. But two nationwide moratoriums on evictions implemented since last spring have slowed the pace of displacement, although a Government Accountability Office report released this week showed the programs were not universally effective.

More help is on the way. The administration’s $1.9 trillion relief package includes $21.55 billion for emergency rental assistance, $5 billion in emergency housing vouchers for families displaced by the pandemic’s economic fallout, $5 billion for homelessness assistance and $850 million for tribal and rural housing.

Even before the crisis, homelessness was re-emerging as a major problem, especially in big cities like New York and Los Angeles, with the nation’s two biggest cities accounting for a quarter of homeless people.

The annual snapshot count, taken on a single night in January 2020, showed a 2 percent year-to-year increase in homelessness, and signaled worrying trends: For the first time in years, homelessness among veterans and families — two groups targeted by recent federal housing efforts — did not improve.

Homelessness impacts Black and Latino communities with disproportionate force. About 40 percent of people counted were Black, compared to their 13 percent representation in the population, and a quarter of the homeless self-identified as Latino, a group that makes up about 18 percent of all Americans.

The number of people living on the street, the most visible reminder of a crisis that also plays out in shelters and among “couch people” forced to move in with family or friends, is also rising. For the first time since the Annual Homeless Assessment Report was released in February 2007, the number of single adults living on the street, 209,000, was greater than number of people counted in shelters, which was around 199,500.

One out of every six homeless people, about 106,000, were children under the age of 18. The majority live in shelters. But 11,000 live at least part of the time outside, without shelter, the report found.