A survivor of a 2010 massacre of migrant group, Billy Martinez makes the trek again, hoping to find safety in numbers. 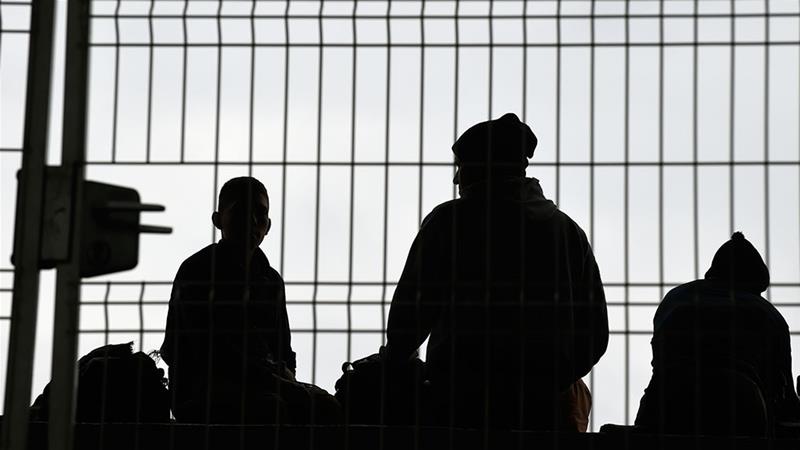 Arriaga, Mexico – Billy Noe Martinez was less 150km from the US-Mexico border eight years ago when his journey came to an abrupt stop.

A group of men abducted Martinez, along with other migrants he was travelling with, at gunpoint, took them to a ranch, and lined them up with their face against a wall.

The gunmen then shot them one-by-one.

Standing at the end of the line, Martinez managed to escape through a window, hiding submerged in a river until the gunfire ended, he said.

In total 72 people were killed. Martinez is one of at least two known survivors. The perpetrators are  allegedly part of Los Zetas, an organised crime and drug trafficking network initially formed by former members of Mexican military special forces. Los Zetas and other Mexican organised crime networks have a history of holding migrants for ransom and killing them if their relatives are unable to pay, and sometimes even if they are. At least 11 people are charged in connection with the San Fernando massacre, but no one has been convicted.

Eight years after being nearly killed along what is often dubbed the migrant trail, Martinez made the difficult decision to head north through Mexico once again. When he saw the news of a huge group leaving Honduras, he decided to join for safety in greater numbers.

More than 1,000 Hondurans initially fled their country together last month, travelling on foot and getting rides when offered. The group, dubbed a migrant caravan, quickly grew to several thousand and is currently heading in waves to Mexico City.

Thousands more are following behind them in subsequent groups from Honduras and El Salvador. Large groups crossed the Suchiate River into Mexico this week and are now making their way up through southern Mexico. 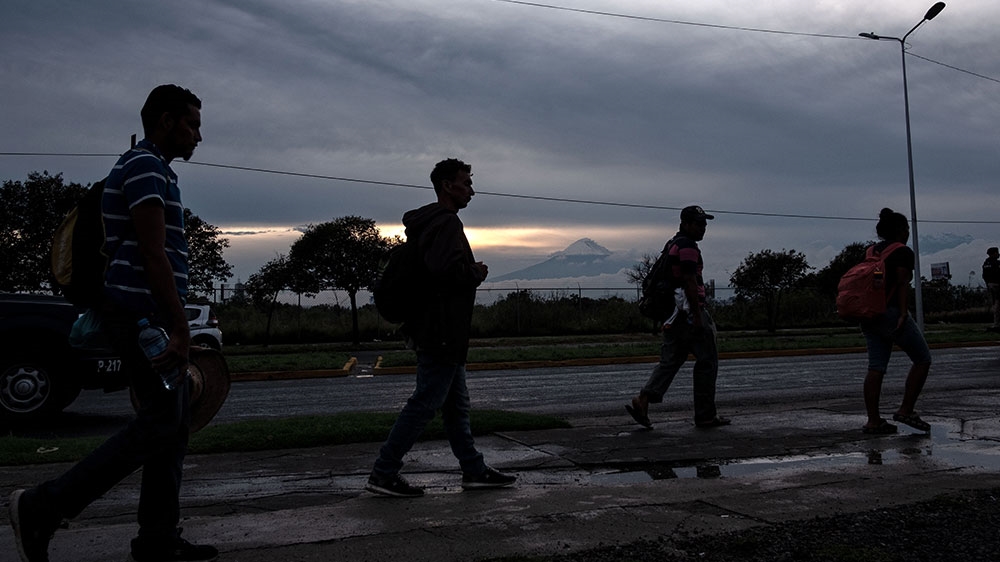 Martinez wants to make it to the US for safety and to work and provide for his family. The migrants and refugees are not harming anyone, he said.

“I have six children,” he told Al Jazeera before quickly correcting himself: “I have five.”

Martinez’s 18-year-old son Jonathan was murdered last year. Martinez is not certain why. More than 90 percent of homicides in Honduras go unsolved.

Resting his head on the small backpack he is carrying on his journey, Martinez laid on the highway while Mexican federal police briefly blocked the thousands of migrants and refugees from advancing through the state of Chiapas.

Last week, US President Donald Trump announced a series of drastic measures at the US southern border in response to the exodus of Central American asylum-seekers. He said his administration is finalising a plan that could include indefinite tent camp detention. More than 5,000 troops are already heading to the border and Trump said that number to grow to up to 15,000 troops. He added that troops should view rock-throwers as if they have a firearm.

Martinez survived a massacre only to later have to bury his teenage son. He is not easily phased. Happy to be travelling with thousands of others for safety, he is hopeful he will be able to make it this time and provide for his family.

“My first time was an experience of much sadness,” Martinez told Al Jazeera.

“Let’s hope this time is better than the last.”

Editor’s note: As a protected witness, Martinez’s name was not revealed by the Mexican government, but he has since chosen to speak out about the experience and has recently given interviews to several Mexican media outlets as well as to Al Jazeera.