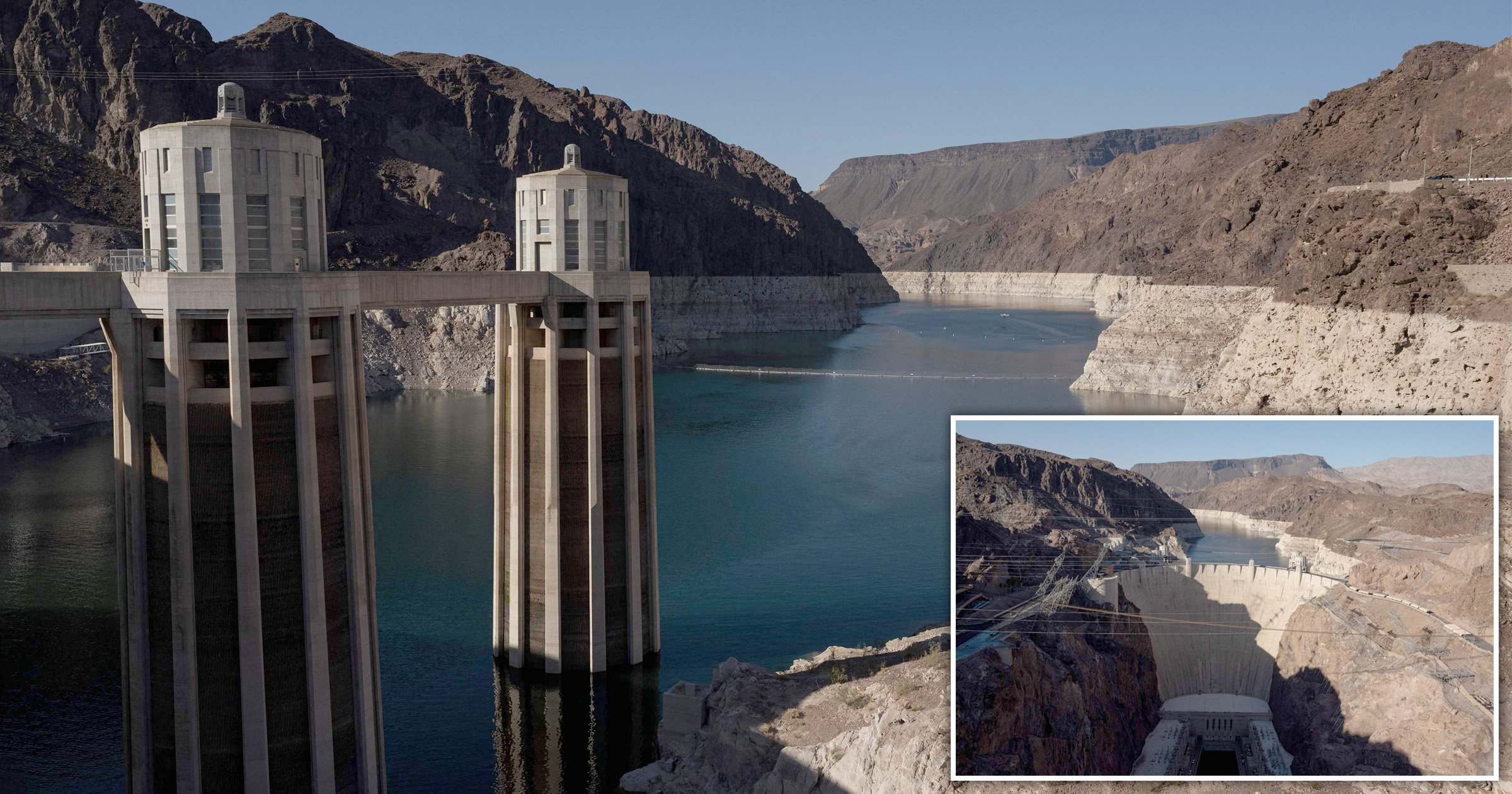 A reservoir created by the Hoover Dam, which supplies 25million people with water, has sunk to a record low amid an extreme drought.

It has fallen 140ft since 2000 — nearly the height of the Statue of Liberty from torch to base — exposing a bathtub ring of bleached-white embankments.

The drought that brought Lake Mead low has gripped California, the Pacific Northwest, Nevada, Oregon and Utah, plus the south-western states of Arizona and New Mexico and even part of the Northern Plains.

Farmers are abandoning crops, Nevada has put restrictions on homeowners watering lawns in the Las Vegas area, and the governor of Utah is asking people to pray for rain.

North Dakota farmer Devin Jacobson said he had never seen it this dry. ‘Another couple of inches would put us in a pretty good spot but there’s nothing like that in the forecast right now,’ he added.

Cuts to supplies have not been ruled out while California governor Gavin Newsom has issued a drought emergency proclamation for 41 of the state’s 58 counties.

Firefighters face worsening conditions this summer — after nearly 10,000 blazes in California during the last wildfire season.

Rains that deluged the West at the end of 2015 were a mere respite from what is now a 22-year drought, the driest period on record in 115 years.