The chief executive of an Ohio health care system announced his resignation and the termination of 23 employees on Thursday, one month after a doctor who worked for the hospital was charged in one of the largest murder cases in the state’s history.

Ed Lamb, the chief executive of Mount Carmel Health System, said in a statement that his resignation would take effect on July 25. He added that the hospital’s executive vice president, Richard Streck, would be retiring at the end of September. The employees’ terminations were effective immediately.

“Mount Carmel will continue to work on strengthening our culture of safety,” Mr. Lamb said in the statement. “It will take time for Mount Carmel to restore our patients’ and community’s trust.”

Eleven additional employees not included in the terminations will have the opportunity to return after additional training, Mr. Lamb said. Trinity Health, the hospital’s parent organization, will soon appoint an interim chief, he added. Mount Carmel describes itself as the second-largest health care system in central Ohio.

On June 5, Dr. William Husel, who served patients at hospitals in and around Columbus, was charged with killing 25 people over a four-year period by prescribing fatal doses of fentanyl. Ron O’Brien, the Franklin County prosecutor, had never seen a murder charge of that size in his 45-year career in the area, he said at a news conference in June.

Fentanyl, one of the most powerful opioids, is 50 to 100 times as powerful as morphine, according to the Centers for Disease Control and Prevention. 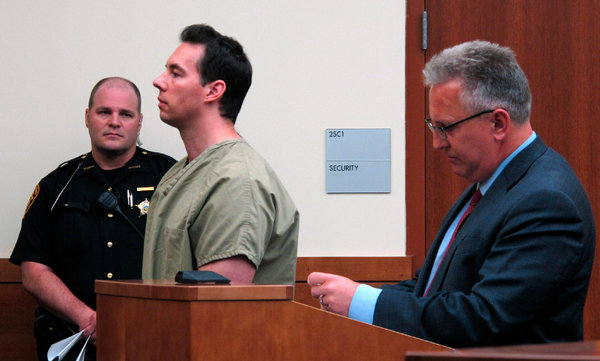 Dr. Husel, who started working at Mount Carmel in 2013, first jeopardized the safety of critically ill patients in 2015, according to the State Medical Board of Ohio. During the next four years, potentially fatal doses of the medication were given to 29 of Dr. Husel’s patients, including five who still had a chance of improving their conditions, the hospital found after conducting an internal investigation.

The hospital said there were six additional patients who were given excessive doses of fentanyl, but it was not likely the cause of their deaths.

Thirty-five people died while under Dr. Husel’s care. He was charged with 25 counts of murder because prosecutors included only patients who died with fentanyl dosage levels of 500 micrograms and above, Mr. O’Brien said at the news conference in June.

“Expert witnesses said dosages at that level could not support any legitimate medical purpose,” Mr. O’Brien said at the time, adding that any dosage above 500 micrograms would be fatal.

Dr. Husel pleaded not guilty at his initial court appearance in June. He faces a possible prison sentence of 15 years to life for each murder charge.

More than 25 families of patients have filed lawsuits against Mount Carmel, according to Gerald Leeseberg, a Columbus lawyer who represents 17 of the families. Two of these families have settled with the hospital, he said on Thursday.

The hospital had reached nearly $4.5 million in settlements as of Thursday.

One of Mr. Leeseberg’s clients is the family of Melissa Penix, the last person to die under Dr. Husel’s care before his firing in December. Ms. Penix, 75, had pneumonia and could have survived, Mr. Leeseberg said.

Ms. Penix is one of three patients who died after Mount Carmel had already received a formal report regarding Dr. Husel’s care, according to a hospital statement.

Richard Blake, Dr. Husel’s lawyer, said last month that his client had tried to provide comfort to dying people, not kill them. The authorities have not described a motive in the case.

“There’s no rational explanation for what he did,” Mr. Leeseberg said.

The hospital wanted the families’ civil lawsuits to be paused during Dr. Husel’s criminal case, Mr. Leeseberg said, but last week a court denied that request. Now, the families can request medical documents and ask questions to witnesses who are under oath, he said.

“We’re going to be questioning 37 nurses, pharmacists and hospital supervisors about how this happened,” Mr. Leeseberg said.

“There’s no way that this happened in a vacuum with one person being responsible,” he added. “Dr. Husel just orders the drug, but a pharmacist has to provide the drug and nurses have to administer it. This was a systemic, institutional failure and not just the result of one rogue physician.”