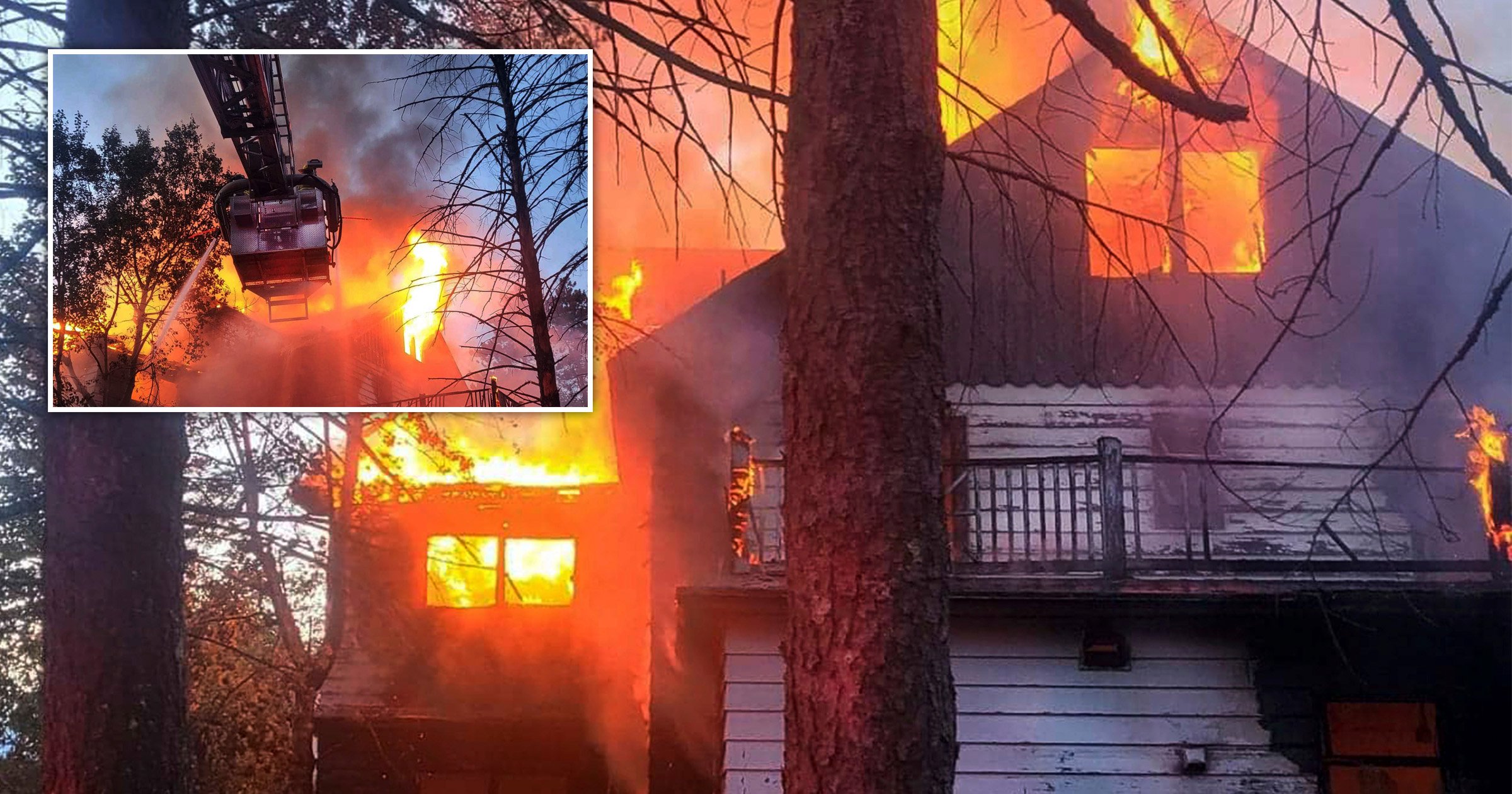 A raging fire completely tore through an abandoned resort that served as inspiration for the 1987 blockbuster Dirty Dancing.

Once the most glamorous and storied hotel of the Catskills mountains of New York state, the Grossinger’s resort was gutted by an inferno on Tuesday.

The damage was so severe, that firefighters were forced to demolish the famed building, officials said, and the cause of the blaze is now under investigation.

In its heyday after World War II, Grossinger’s drew hundreds of thousands of vacationers a year.

The resort had a 27-hole golf course, indoor and outdoor pools, a nightclub, two kosher kitchens and a 1,500-seat dining room.

It drew crooners like Eddie Fisher and has been cited as an inspiration for the 1987 movie ‘Dirty Dancing’.

The fire broke out Tuesday evening in a three-and-half story building on the old hotel property.

Firefighters who responded to the scene had to cut through a gate and were hampered by overgrowth and concrete barriers.

It was not immediately clear what the building had been used for, though Sullivan County Fire Coordinator John Hauschild said the main building was torn down about four years ago.

Fisher not only made his debut at Grossinger’s, but married fellow entertainer Debbie Reynolds there in 1955.

Other big names to appear at the resort were Joel Grey and Leslie Uggams, as well as boxers Rocky Marciano and Jack Dempsey.

Grossinger’s operated for nearly 70 years before closing in 1986, suffering the fate of many local hotels after the region’s appeal faded. The site fell into disrepair amid efforts to redevelop it.