Several big details remain to be worked out before an international October deadline. 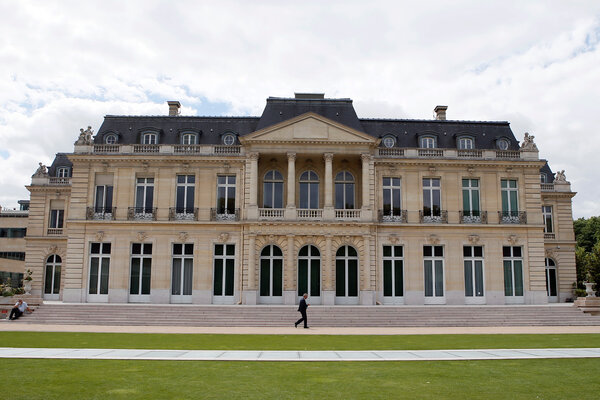 WASHINGTON — The prospect of the largest overhaul to the global tax system in a century took a step forward this week as top Democrats introduced a plan to rewrite tax rules for multinational companies in a way that would allow the United States to join the rest of the world in an effort to crack down on tax havens.

Passing such legislation will be critical for the Biden administration, which is leading global negotiations aimed at limiting the ability of companies to minimize their tax bills by setting up offices in low-tax jurisdictions. The White House says this corporate strategy deprives economies of much-needed revenue.

Finance ministers from around the world have been working for months to complete a plan to end what they describe as a race to the bottom on corporate taxation before an October deadline. More than 130 countries have agreed to adopt a global minimum tax of at least 15 percent and are discussing a change in how taxing rights are allocated so that large businesses, including technology giants like Amazon and Facebook, pay taxes in countries where their goods or services are sold, even if they have no physical presence there.

House Democrats, as part of their plan to raise as much as $2.9 trillion to finance President Biden’s social safety net package, proposed raising the tax rate on companies’ overseas earnings to 16.6 percent from 10.5 percent and calculating the tax on a country-by-country basis. The plan would meet the primary commitments of the global agreement that is being negotiated through the Organization for Economic Cooperation and Development.

“This is more than just tweaks,” said Craig A. Hillier, an international tax expert at Ernst & Young. “These are material moves being proposed on how foreign income is taxed.”

However, the legislation offered by the House Democrats would in some ways be less revolutionary than what the Biden administration envisioned and less onerous for companies.

The Treasury Department has called for a 21 percent tax on corporate foreign earnings, a higher rate than the House proposal or what the finance ministers have so far agreed to support. Part of the reason for the push is that Mr. Biden has proposed raising the corporate tax rate in the United States to 28 percent from 21 percent, and administration officials say a higher global minimum tax would reduce the incentive for U.S. companies to shift profits overseas.