Weather: Cooler, with hazy sun. Morning starts in the 50s, rising to about 70 later. 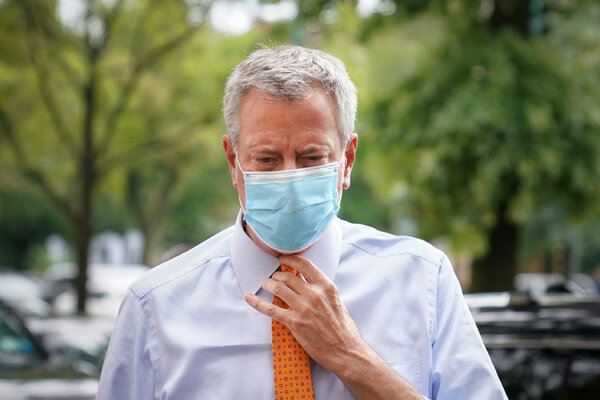 Last week, Mayor Bill de Blasio received a letter that no city official would hope to find in the mailbox.

The open letter, signed by more than 170 leaders of big businesses in the city, called on Mr. de Blasio to restore essential services, and to combat crime and other livability problems that the writers said had engulfed the city.

“There is widespread anxiety over public safety, cleanliness and other quality-of-life issues that are contributing to deteriorating conditions in commercial districts and neighborhoods across the five boroughs,” the letter said. “We need to send a strong, consistent message that our employees, customers, clients and visitors will be coming back to a safe and healthy work environment.”

[More on the clash between powerful business leaders and the mayor.]

Here’s what you need to know, and what’s happened since the letter published:

Who signed, and why

Chief executives at those companies were among the striking array of businesses leaders who signed the letter. The leaders say they need Mr. de Blasio to help convince workers that it is safe to return to their offices. They also asked the mayor to address the quality-of-life problems, like crime and garbage-strewn streets and parks, that may have worsened since the start of the pandemic.

At about the same time the letter arrived, a consortium of local chambers of commerce and business groups around the city brought forth their own message of discontent, meaning that the mayor faced a vote of no confidence from the city’s business community writ large.