GORDON, Wis. — Neighbors watch one another’s homes in the winter around here. They notice when there are unfamiliar tire tracks in the snow. Most of the 34 graduates of Northwood High School’s Class of 2015 keep in touch through text message.

Gordon is a tiny place, with a single convenience store, and until last week, a single resident who appeared to elude public notice despite nearly a lifetime of living here.

Overnight, Jake T. Patterson has gone from local anonymity to national infamy, accused of kidnapping a 13-year-old girl about an hour’s drive south, killing her parents and then holding the teenager captive for nearly three months. The awful crime has shattered the town’s sense of safety and forced painful questions on the 645 residents.

“In a little town where everyone knows everyone’s business, how could we not know that’s who he was?” said Shawn Germann, a FedEx driver, during a stop at The Buckhorn Bar and Grill in Gordon. “You always see these other towns, and think, ‘Thank God I don’t live in a town like that.’ Now, evidently, I do.” 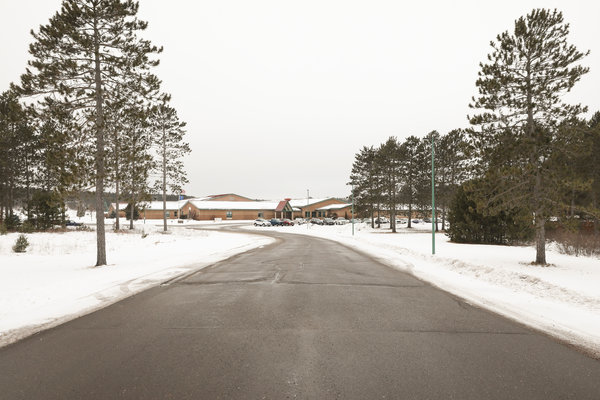 As chilling details about the abduction of the girl, Jayme Closs, continue to surface, and as cable television trucks cruise the pine-lined, snowy streets of Gordon, residents have wondered how Mr. Patterson, who had bounced between jobs in recent years, evaded notice.

Mr. Patterson, 21, hid in plain sight for 88 days as scores of detectives fanned out across northern Wisconsin and as Jayme’s photo circulated on missing person posters and Facebook pages. He was arrested last week after Jayme escaped from under a twin-size bed inside his home, and was charged with her kidnapping and the shooting deaths of her parents, James and Denise Closs.

On Thursday, former classmates said the accusations against Mr. Patterson — who was voted “most quiet” at Northwood High School and competed on the quiz team — felt like a punch to the gut.

“He was quiet, for sure, but not any out-of-the-ordinary quiet like something that would alarm somebody,” said one former classmate, who declined to be named out of fear of being ostracized in Gordon, where some residents believe speaking about Mr. Patterson is a betrayal of the town. In a photo given to The New York Times, Mr. Patterson sits in a corner, alone and behind his smiling, posing classmates, absorbed with his laptop.

One of his former teachers, in a text message to a handful of Mr. Patterson’s classmates, said the man accused of the kidnapping and killings was “not the quiet, smiley, bookish boy in the classroom” she knew. “As the days pass and more news trickles out, I’ll still hold the memory of that sweet boy in my heart. His future will look very different than yours.”

[Read more about how Jayme’s disappearance shook her hometown.]

Since graduation, Mr. Patterson had struggled to hold down a job.

He worked for one day at the Jennie-O Turkey Store in Barron, where Jayme’s parents also worked. He spent two days last fall at a cheese factory. A few years before, the United States Marine Corps sent him home after five weeks of boot camp.

“Patterson’s premature discharge is indicative of the fact that the character of his service was incongruent with Marine Corps’ expectations and standards,” said Yvonne Carlock, a spokeswoman for the Marines, in a statement.

Details of his most recent years were scarce.

Neighbors said Mr. Patterson spent much of his time alone in his home, particularly after his father moved out a few years ago. Efforts to reach his father and other relatives were not successful. In interviews with other news organizations, his mother was described as devastated and one of his grandfathers said the family was heartbroken.

In a 12-page criminal complaint filed Monday, prosecutors said Mr. Patterson laid out in gruesome detail how he stormed into the Closs home on Oct. 15, killed the parents and kidnapped Jayme. He has not yet entered a plea.

Mr. Patterson told investigators that he spotted Jayme boarding a school bus outside her home in Barron, about an hour’s drive south of Gordon, and started plotting the crime, purchasing a mask at Walmart and stealing a shotgun from his father. “The defendant stated he put quite a bit of thought into the details of how he was going to abduct” Jayme, prosecutors wrote.

Detectives said Mr. Patterson described modifying his beat-up car, swapping out the license plate so he could not be tracked and removing a device from the trunk so that it could not be opened from the inside. He shaved his head and face to avoid leaving any forensic evidence. And, they said, he described killing Mr. and Mrs. Closs with single blasts of the shotgun, lest any witnesses track him down, then binding Jayme with black tape and placing her in the trunk of his red Ford Taurus.

“The defendant stated he then got in his car, removed his mask and started to drive” with the shotgun on the front seat, prosecutors wrote. About 20 seconds later, he slowed down for three police cars racing toward the Closs home.

Ron Kofal, a lifelong Gordon resident who lives about a mile from the cabin where Jayme was held, said he met Mr. Patterson at the ICO gas station on Highway 53. He said Mr. Patterson, whom he described as “clean cut and shy,” sometimes performed odd jobs around town, like yard work and cabin maintenance, and had seemed pleasant in his interactions with him.

The town of Gordon is dotted with small cabins that sit at the end of wooded roads. All-terrain vehicles and snowmobile trails snake through the forest. Residents, especially the hearty few who stay through the harsh winters, take pride in being on a first-name basis with neighbors.

But in recent days, at snowmobile club meetings and at bars where prize bucks are mounted on the walls, residents have asked themselves uneasy questions: How did they fail to notice the horror in their small town? And how had Mr. Patterson, the tall young man with the receding brown hair, managed to live there so long without raising alarm?

“Everyone else is outside having a bonfire and splitting wood, and playing with their kids,” said Adam Wilson, a manager of a grocery store who lives near Mr. Patterson. “It’s disturbing; it shows you just never know what somebody’s up to.”

In the weeks that followed Jayme’s disappearance, as it vexed detectives and made national headlines, Mr. Patterson described how he used the seclusion of Gordon to his advantage, keeping Jayme out of sight at the cabin where he grew up, just off County Highway Y. When he ran errands, Jayme told detectives, he would force her to stay under the bed, boxing her in with totes secured with barbell weights. When he had houseguests, he would turn on music in the bedroom to muffle any noise she might make.

For a time, Mr. Patterson kept the shotgun at the ready in case the police showed up.

Eventually, he put it away. No one suspected him.