A Florida reporter took to Instagram to explain an unorthodox choice she made to protect her gear while covering Hurricane Ian.

Kyla Galer, an anchor at NBC2 in Fort Myers, went viral after viewers noticed a familiar plastic covering on her microphone.

‘A lot of people are asking, what is on my microphone?’ Galer asked in an Instagram story. ‘It is what you think it is – it’s a condom. It helps protect the gear. We can’t get these mics wet, there’s a lot of wind, there’s a lot of rain, so we gotta do what we gotta do. And that is put a condom on the microphone.’

‘WE PRACTICE SAFE HURRICANE REPORTING,’ her colleague Jeff Butera tweeted after images of the reporter began going viral. Butera is an anchor at ABC7 in Naples. 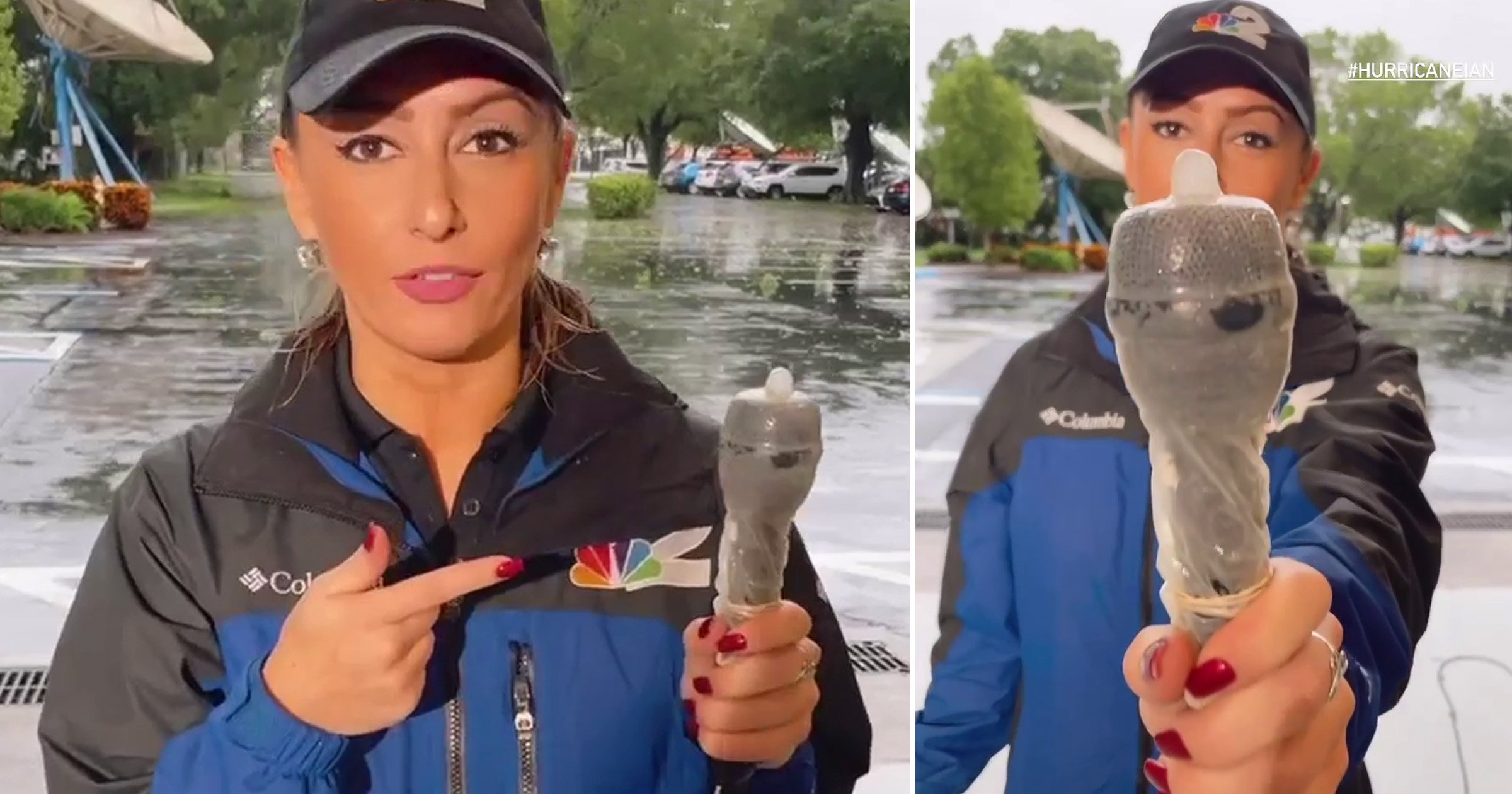 ‘Yes, it’s a condom. Nothing better to waterproof a microphone,’ he added.

The reporters working in southwest Florida definitely needed the extra protection on Wednesday. Hurricane Ian made landfall in the continental United States in the afternoon as a Category 4 Hurricane, only just shy of Category 5.

The storm was sustaining 150 mph winds as it landed on Wednesday. About 4-5 inches of rainwater fell per hour in some parts of the state.

Ian was downgraded to a tropical storm on Thursday as it made its way north towards Orlando.

About 2.5million people in Florida lost electricity as of Thursday morning.

Authorities have confirmed at least one death so far associated with the storm. A 72-year-old man died in Deltona after falling into a canal during heavy rains.

In the southernmost part of Florida, the Coast Guard initiated search-and-rescue efforts after a boat carrying 23 migrants sank off the coast of Key West. As of Thursday, only three have been rescued.