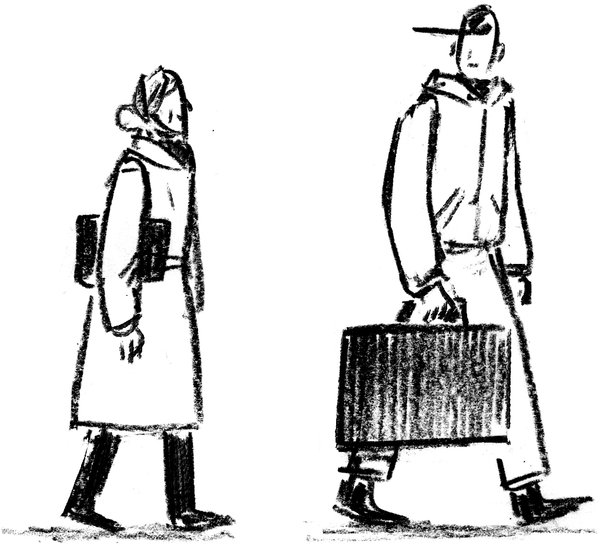 I was returning to Long Island from what had been an exhausting four-day conference in Washington. As I dragged my heavy suitcase across Penn Station from Amtrak to the Long Island Railroad, every step challenged my 86-year-old body.

When I reached the board with the train schedule, I saw that my train to Huntington was to leave in five minutes. Rushing to the gate, I noticed that the escalator was out of order. Looking at the steep steps down to the platform left me feeling defeated.

Spotting a young man, I asked if he had a grandmother.

“I love my grandmother,” he replied.

“Well, I’m an exhausted grandmother. Would you mind carrying my suitcase down to the train?”

He grabbed my bag, brought it down the stairs and waited while I slowly made my way to the platform. He led me onto the train, chose a seat, put the suitcase next to me, smiled as I expressed my gratitude and left.

I sighed with relief, set for the final stretch home.

“I put you on the wrong train,” he shouted.

Grabbing my suitcase, he pulled me onto the train across the platform. An announcement came over the speaker: A mistake had been made. The train to Huntington was the one I was now on.

I wished I had hugged that young man and had told him to hug his grandmother for me. 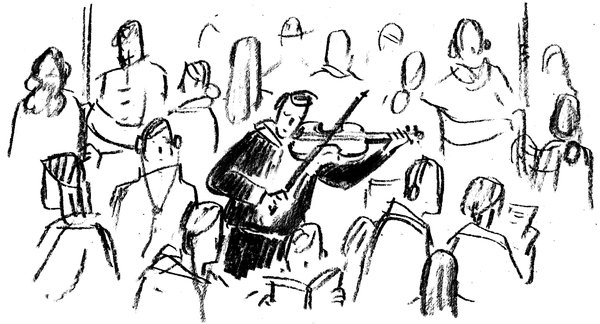 I was on a crowded rush-hour train. A man pulled out a violin and started to play.

As we approached the next stop, the violinist pushed through the crowd to get to the next car. In the process, he nearly knocked over another man, who yelled out some choice words, ending with: “Like we need to listen to a sonata right now.”

There was a moment of silence. And then a voice spoke. 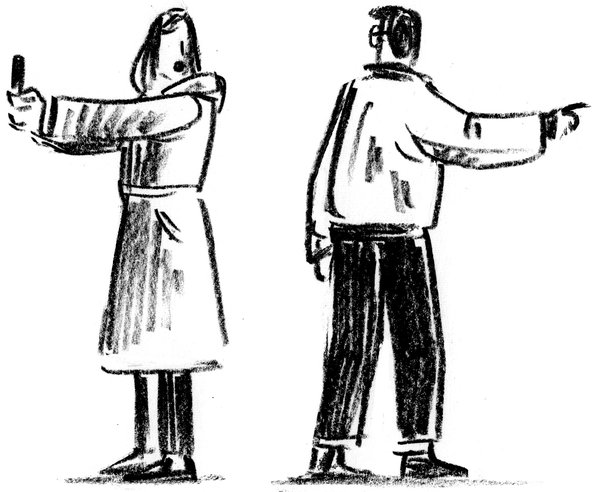 I was crossing the intersection at Houston and Crosby Streets when I was stopped by a woman who was holding a smartphone with both hands in front of her like a divining rod.

“Excuse me, but do you know where the Angelika Film Center is?” she asked. “The map on my phone has been taking me in circles.”

“Are you from around here?” I asked.

It was only two blocks away, and in the same direction that I was going, so I offered to walk there with her.

We made our way down Houston, squeezing through a throng of tourists as we passed Broadway, and I asked her what movie she planned to see.

“After the Wedding,” she said, adding that the star, Julianne Moore, was scheduled to answer questions after the screening.

“I made the trip up special, and am meeting my friend there,” the woman said. 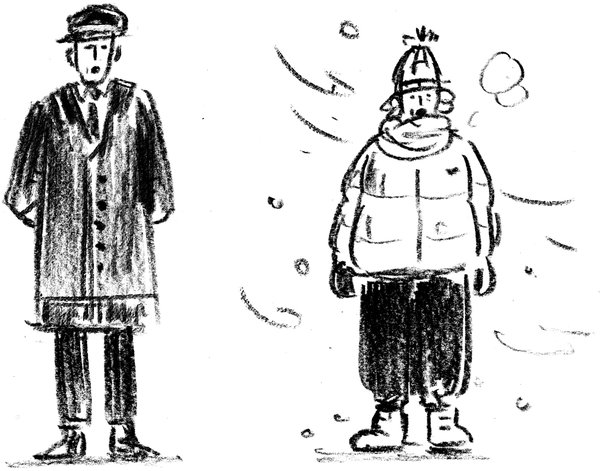 “Ninety-seventh and Third. Don’t forget. You are to always remember intersections; addresses are not as important in New York City.”

That was the advice I got from the first doorman I ever met as I wrapped up my first week in the New York in 2009.

“Don’t go by the color, don’t call it subway. What do you mean by subway? It is a train and it can only go uptown or downtown, unless you are taking a shuttle one. Do you understand what I’m saying? Of course not. Just go around the corner over there and get on the uptown 6 train, not the 4 or the 5. Go, go.”

That was what I was told by an older woman who told me what I needed to know to get home from Union Square on an arctic winter afternoon.

All of my gratitude to the many doormen and busy pedestrians I have ever encountered. I carry your words with me still. 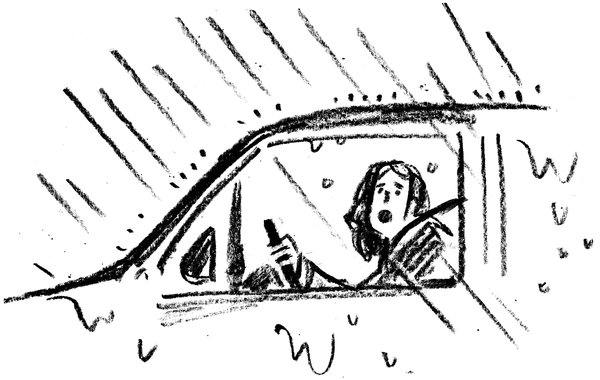 I was driving down my block on the Upper West Side with a trunk full of groceries in the pouring rain.

I could see my dream parking spot, right in front of my building. Of course, a black S.U.V. just ahead of me pulled into it.

In a moment of desperation that was clearly written all over my face, I rolled down my window and did something I had never done in all my years of parking on the street in New York City.

“Are you parked for the night or just for ten minutes?” I asked the man at the wheel of the S.U.V. as his wife peered at me from the passenger seat.

Parked for the night, he said.

As I prepared to drive off, the man asked a question I did not expect

I was still feeling desperate.

“Well, I do live in this building, so it would be very convenient,” I said. “But it’s your spot.”

Read all recent entries and our submissions guidelines. Reach us via email [email protected] or follow @NYTMetro on Twitter.