Floridians are out and about and pandemic restrictions have been lifted. There’s just one problem: The virus never went away. 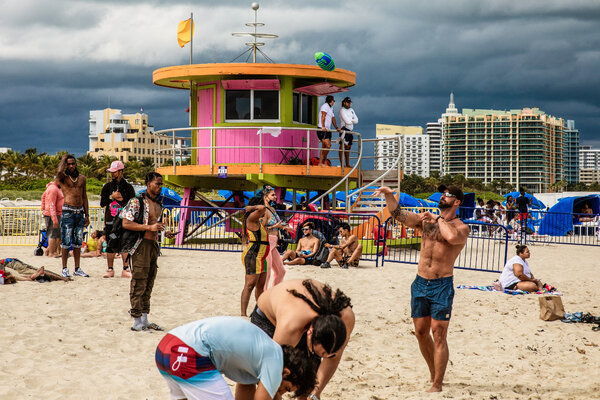 MIAMI — Other than New York, no big city in the United States has been struggling with more coronavirus cases in recent weeks than Miami. But you would hardly know that if you lived here.

Much of life seems normal, and not just because of the return of Florida’s winter tourism season, which was cut short last year a few weeks into the pandemic.

Florida reopened months before much of the rest of the nation, which only in recent days has begun to emerge from the better part of a year under lockdown. Live music returned this weekend to the bars of New Orleans. Crowds were pouring into restaurants in Atlanta and Kansas City, Mo. Movie theaters in California were poised to open their doors soon.

Texas reopened this past week from one side of the state to the other, with spring breakers reveling on South Padre Island. Playgrounds are packed in Chicago, and the Texas Rangers are preparing to fill their stadium to capacity next month for the debut of, by god, baseball season.

None of this feels particularly new in Florida, which slowed during the worst of the pandemic but only briefly closed. To the contrary, much of the state has a boomtown feel, a sense of making up for months of lost time.

Realtors cold-knock on doors looking to recruit sellers to the sizzling housing market, in part because New Yorkers and Californians keep moving in. The unemployment rate is 5.1 percent, compared to 9.3 percent in California, 8.7 percent in New York and 6.9 percent in Texas. That debate about opening schools? It came and went months ago. Children have been in classrooms since the fall.

For better or worse, Florida’s experiment in returning to life-as-it-used-to-be offers a glimpse of what many states are likely to face in the weeks ahead, as they move into the next phase of the pandemic — the part where it starts to be over. 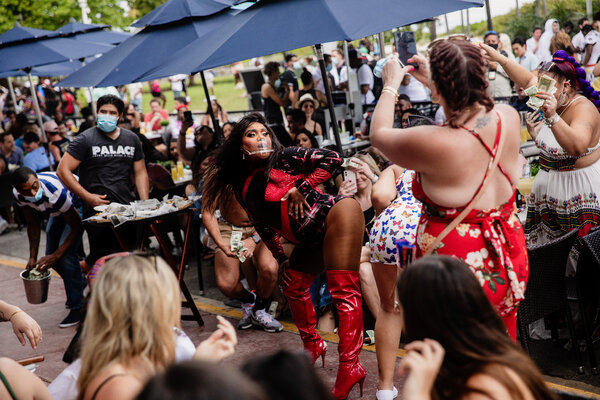 To call what is happening in Florida an actual boom is a stretch. Though the state was fully reopened by late September, its tourism-dependent economy remains hobbled. A $2.7 billion budget deficit will need an injection of federal stimulus money. Orange County, where Orlando is, saw the lowest tourist development tax collections for any January since 2002.