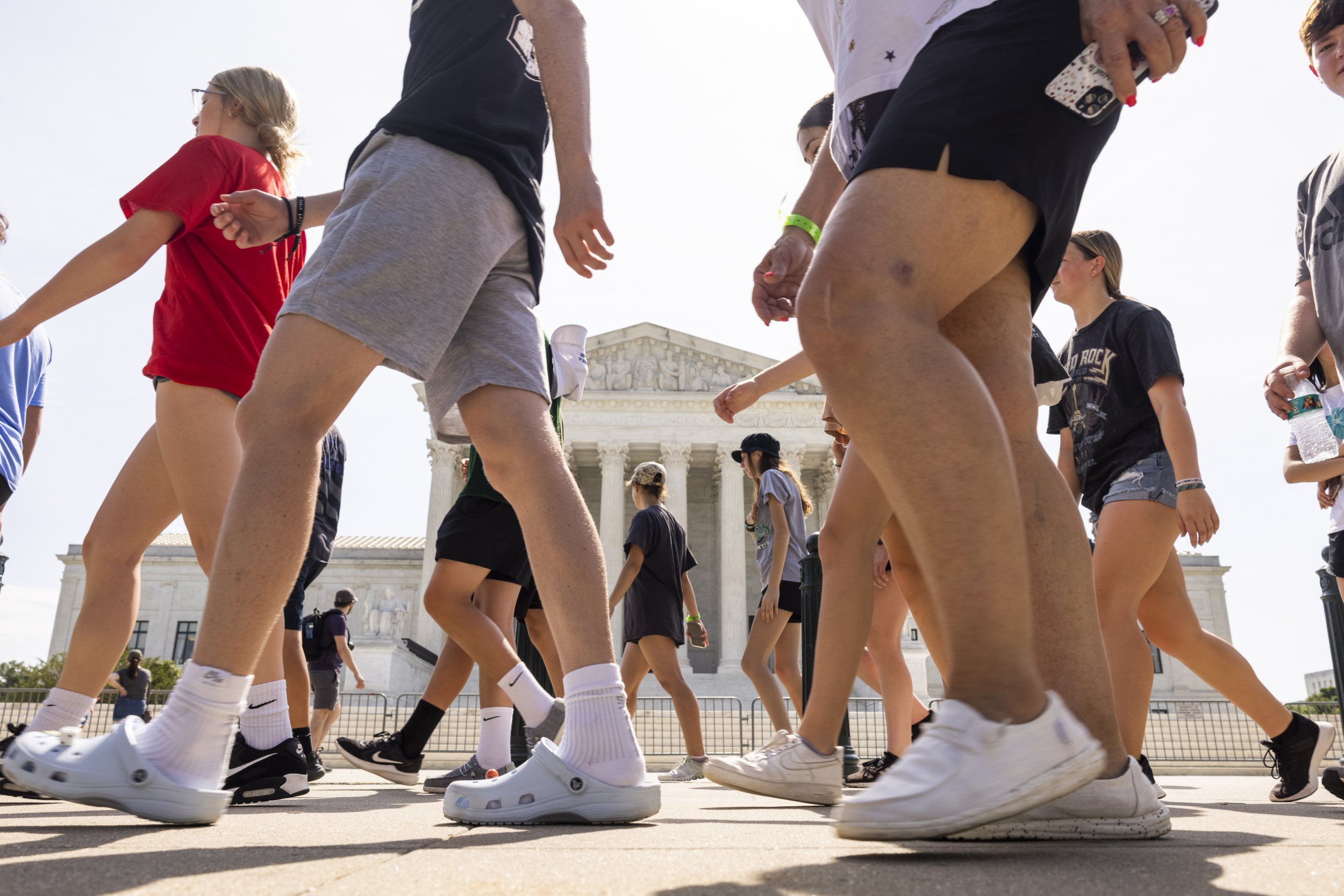 A unanimous Supreme Court ruled that people who entered the US illegally and were allowed to stay for humanitarian reasons are not eligible to apply for permanent residency.

The high court’s decision on Monday could affect hundreds of thousands of people who hoped to obtain green cards granting them lawful permanent resident status.

Writing for the court, Justice Elena Kagan said that federal immigration law does not allow illegal immigrants who have Temporary Protected Status (TPS) to seek green cards to stay in the US permanently. Kagan called the decision ‘a straightforward application’ of the law, which generally maintains that an immigrant had to enter legally in order to qualify for a green card.

The case, Sanchez v Mayorkas, involved a married couple who fled El Salvador and entered the US unlawfully in 1997. Jose Santos Sanchez and Sonia Gonzalez in 2001 applied for TPS and were granted it due to ongoing earthquakes in their home country. The status allowed them to stay and work in the US.

But the Supreme Court ruled that the couple could not receive green cards even though they have lived in the US lawfully for 20 years.

‘The TPS program gives foreign nationals nonimmigrant status, but it does not admit them. So the conferral of TPS does not make an unlawful entrant… eligible,’ Kagan wrote.

Sanchez had challenged his denial in federal court with success when a judge ruled that his TPS effectively gave him lawful admission. However, a federal appeals court overturned the ruling and Sanchez’s appeal to the Supreme Court then failed.

More than 400,000 people are in the US under TPS from a dozen countries including El Salvador, Haiti, Somalia, Syria and Yemen.

The Supreme Court’s ruling challenges Congress to pass a law providing a pathway to citizenship to immigrants in the country after entering illegally.