Reports of homicides, rapes and burglaries are posing another challenge to regaining the confidence of passengers during the pandemic. 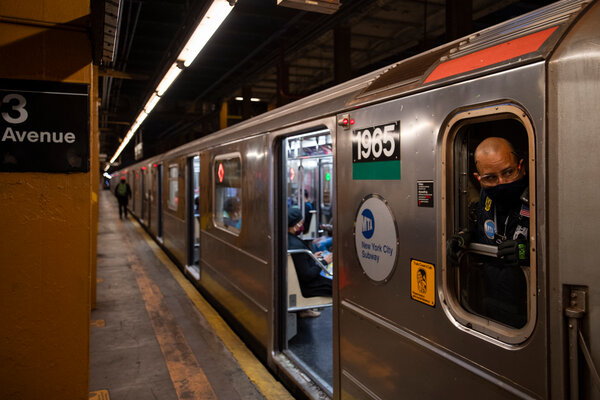 It began in the early days of the pandemic in March, when someone lit a fire inside a subway car that killed the train operator and injured 16 others. In the following months, nearly 500 subway car windows were smashed on the No. 7 line. In August, a man tackled and tried to sexually assault a young woman at a station on the Upper East Side. And in September, a train derailed after a man threw metal clamps that he had stolen onto the tracks.

When the pandemic hit New York and subway ridership plunged, misdemeanor and felony crimes dropped to record lows: Between January and the end of September, the number of reported crimes in the system fell roughly 40 percent compared with the same period last year.

But even as overall crime has declined, violent crime and episodes of vandalism are rising, a trend that is stoking fear among passengers and posing another challenge for a transit system crippled by a virus outbreak that has deprived it of riders and money.

So far this year, the number of reported homicides, rapes, burglaries and robberies in the subway are higher than during the same period last year, according to Police Department statistics. Incidents of vandalism have also spiked, transit officials say.

The subway is still far safer than during the dark days of the 1970s and 1980s, when violence on the graffiti-filled system was rampant and riders feared riding at night or in empty cars. But after two decades of steady declines in felonies, the recent uptick in major crimes — several of which have been captured on video and circulated on Twitter — has fed a perception among many riders that the system is slipping back into disorder. 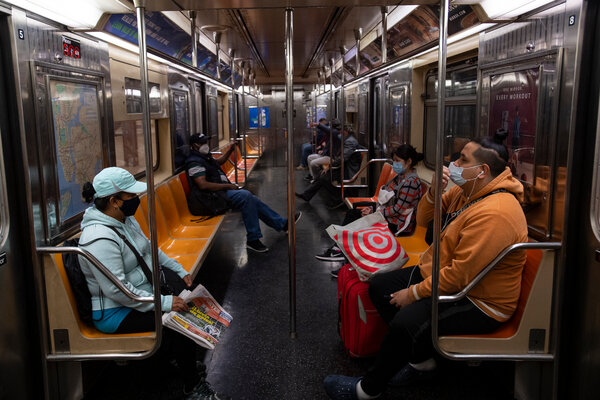 That negative image comes at a moment when the state-run Metropolitan Transportation Authority, which oversees the subway, is desperate to win back riders as it grapples with the worst financial crisis in its history and tries to recover fare revenue that practically vanished overnight.

“It’s more important than ever that riders feel safe getting back on the system,” said Lisa Daglian, executive director of the Permanent Citizens Advisory Committee to the M.T.A., a watchdog group. “They shouldn’t feel like they are risking their health, and they should also know they are not risking their life. There was some sense of safety riders got when it was more crowded and there were more eyes in the system. Now stations and train cars have fewer people.”