KANSAS CITY, Mo. — An algorithm predicts where potholes will emerge so road crews can resurface streets before cracks appear. Dog houses outfitted with cameras and temperature controls provide people a place to leave pets while they’re on a date or at yoga. And on Main Street, if a driver parks too long, a sensor alerts the police and a ticket is issued.

In recent months, Kansas City has become an unexpected destination for technology companies looking for a place to test ideas. The city’s goal: To be what it calls a living lab.

Far from technology centers on the coasts, Kansas City and dozens of other cities have begun competing for federal grant dollars and tech company attention. They want to remake themselves as “smart cities,” where technology is seen as a tool to help grow, improve school systems and air quality, and make traffic move faster.

“People are starting to notice us,” the mayor of Kansas City, Mo., Sly James, said. “We have people coming to town thinking there are going to be cows and tumbleweeds and coming away with a whole other idea.”

Hundreds of cities, large and small, have adopted or begun planning smart cities projects. But the risks are daunting. Experts say cities frequently lack the expertise to understand privacy, security and financial implications of such arrangements. Some mayors acknowledge that they have yet to master the responsibilities that go along with collecting billions of bits of data from residents.

Concerns have intensified as Kansas City prepares to expand its technology experiment from downtown to poor neighborhoods on the city’s East Side. The expansion will bring free wireless to homes, but also dozens of surveillance cameras and a gunshot detection system, and some residents worry that in the quest to be seen as forward thinking, the city may be handing off too much control to private companies and opening up residents to consequences it doesn’t fully understand.

“We increasingly see every problem as a technology-related problem, so the solution is more technology,” said Ben Green, a Harvard University graduate student who studies cities and technology. “And you have cities, which are caught in this devil’s bargain, where they feel they don’t have the resources to provide the services people need, and so they make these deals with tech companies that have money, but which in the long term might not be beneficial to either them or their residents.”

In Seattle, officials this year began to dismantle a network of surveillance cameras and wireless devices that the police had deemed vital in fighting crime, but that drew complaints over the network’s ability to track cellphones. 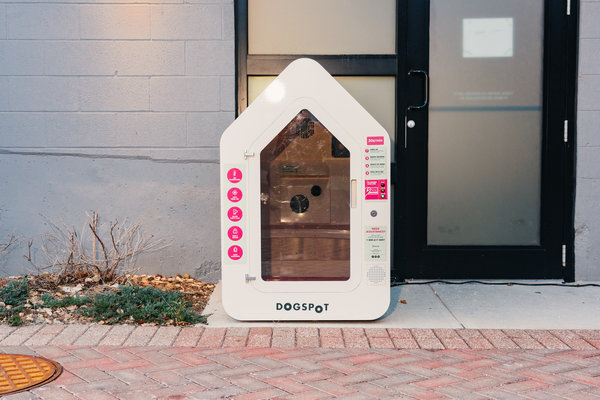 Several government officials in Toronto were fired this month after they tried to rush through a large technology project proposed by a company affiliated with Google.

And high-tech criminals have also presented problems: In Atlanta, hackers broke into the City Hall network this year and demanded a ransom to unlock it.

Supporters of “smart cities” say that the potential is enormous and that some projects could go beyond creating efficiencies and actually save lives. Among the plans under development are augmented reality programs that could help firefighters find people trapped in burning buildings and the collection of sewer samples by robots to determine opioid use so that city services could be aimed at neighborhoods most in need.

The hazards are also clear.

“Cities don’t know enough about data, privacy or security,” said Lee Tien, a lawyer at the Electronic Frontier Foundation, a nonprofit organization focused on digital rights. “Local governments bear the brunt of so many duties — and in a lot of these cases, they are often too stupid or too lazy to talk to people who know.”

Cities habitually feel compelled to outdo each other, but the competition has now been intensified by lobbying from tech companies and federal inducements to modernize.

“There is incredible pressure on an unenlightened city to be a ‘smart city,’” said Ben Levine, executive director at MetroLab Network, a nonprofit organization that helps cities adapt to technology change.

That has left Washington, D.C., and dozens of other cities testing self-driving cars and Orlando trying to harness its sunshine to power electric vehicles. San Francisco has a system that tracks bicycle traffic, while Palm Beach, Fla., uses cycling data to decide where to send street sweepers. Boise, Idaho, monitors its trash dumps with drones. Arlington, Tex., is looking at creating a transit system based on data from ride-sharing apps.

Kansas City is trying to position itself as the most forward-thinking of all.

It has promoted its use of technology with aggressive marketing, proclaiming itself the nation’s “smartest city.” It has hosted international conferences, offered advice to other cities, and its tech guru, Bob Bennett, has become the public face of a smart cities movement.

Much of Kansas City’s progress stemmed from its selection in 2011 as the first metropolitan area to get Google Fiber, an ultrafast internet and television service. Then five years ago, it was approached by Cisco Systems, the tech giant.

At the time, Kansas City was digging a trench under Main Street for a streetcar line. Cisco told officials that since there would be a hole in the street anyway, the city might as well install fiber optic cable and electronic sensors to monitor traffic.

The sensors, Cisco argued, would help City Hall understand how the city behaves in an unobtrusive way, and at relatively little cost.

The city borrowed much of its $3.7 million portion of the cost. Sprint, which manages the Wi-Fi network, contributed about $7 million, while Cisco invested $5 million.

There was no competitive bidding.

The city’s downtown corridor now monitors nearly everything that happens along this stretch of road — cars, pedestrians and parking spaces. The wireless system has been used by 2.7 million people.

But some results have been modest. Despite sensors linked to traffic signals, motorists have saved only an average of 37 seconds from their commutes, according to the city.

And a crime location predictor with an algorithm that takes into account everything from 911 calls to weather patterns has yet to reduce assaults in the city’s entertainment district.

Sprint collects data from users who log onto the wireless network, including their home ZIP codes, internet searches and location.

Some of the information — including phone numbers and other potentially identifying information — is available even if one does not log on to the wireless network, city officials and data experts said.

Sprint declined to discuss the data it collects or how it uses it.

But the company said its work was critical in cities like Kansas City, Mo., where people want access to the latest technology. (While Kansas City, Kan., also received Google Fiber, most of the technology changes are occurring on the Missouri side of the river.)

“People are ready for smart things,” said Patricia Watkins, Sprint’s director of emerging solutions. “For the first time, instead of asking why we’re doing this, they’re asking, ‘Why can’t we do this?’ It will force cities to move ahead with these things because their constituents will be asking for it.”

On Kansas City’s East Side, officials hope to extend the wireless system to reach homes of about 80,000 residents along Prospect Avenue, one of the main thoroughfares in the neighborhood. Only about 40 percent of homes there have internet access.

The city says it wants to transform the neighborhood, which has a high crime rate and is dotted with vacant buildings. It plans to install air quality sensors, water meters to detect leaks, a bus line, surveillance cameras and a gunshot detection system.

Some residents thought the changes would bring an economic boost to the area.

“I’m just elated,” said Cheryl Barnes, president of a local residents’ group. “It will provide a measure of hope to the neighborhood.”

Quinton Lucas, who represents the East Side on the City Council, said while the project represented “a psychological investment in the area,” he worried about all the surveillance.

“I have a concern about monitoring inner cities in a different way than other neighborhoods,” he said. “Is this going to accrue to the detriment of young black men?”

Mr. Lucas said he wondered whether Kansas City was moving too fast.

“When you look at the amount of change in the world — and basically we’re operating on a hunch — how are we sure if we are getting the best deal available?” he said.