A nursing home where vaccinations have finished offers a glimpse at what the other side of the pandemic might look like.

After nearly a year in lockdown for the residents of Good Shepherd Nursing Home — eating meals in their rooms, playing bingo over their television sets and isolating themselves almost entirely from the outside world — their coronavirus vaccinations were finished and the hallways were slowly beginning to reawaken.

In a first, tentative glimpse at what the other side of the pandemic might look like, Betty Lou Leech, 97, arrived to the dining room early, a mask on her face, her hair freshly curled.

“I’m too excited to eat,” she said, sitting at her favorite table once again.

It has been a miserable year for American nursing homes. More than 163,000 residents and employees of long-term care facilities have died from the coronavirus, about one-third of all virus deaths in the United States. Infections have swept through some 31,000 facilities and nearly all have had to shut down in some way.

For more than a million residents of nursing homes, the lockdowns themselves have been devastating. Cut off from family and largely confined to their rooms, many residents lost weight and saw ailments worsen. Some grew increasingly confused. Others sank into depression and despair. 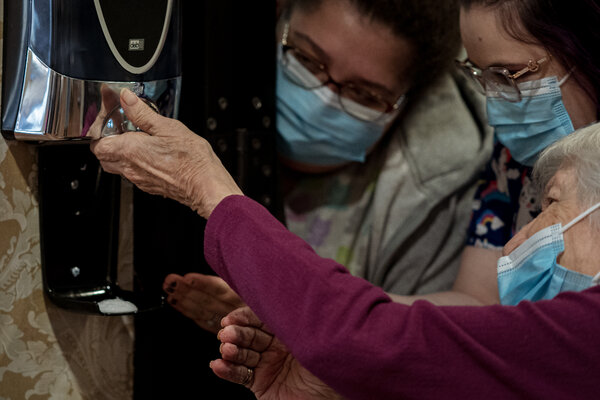 “In terms of people’s happiness — anybody’s happiness — those social connections are right at the top of importance, if not the most important thing,” said Robyn Grant, of the National Consumer Voice for Quality Long-Term Care, who said that even small steps, like being able to spend more time with fellow residents, “would be huge.”

West Virginia has emerged as one of the first states to finish giving two doses of vaccines to the thousands of people inside its nursing homes, so Good Shepherd, a 192-bed Catholic home in Wheeling, was among the first facilities in the country to begin tiptoeing back toward normalcy this past week.

The first day back was full of ordinary moments: small talk over coffee, bidding wars at an afternoon auction, a game of dice. But after a year of loss, loneliness and disruption, the very ordinariness of it all brought joy and relief. 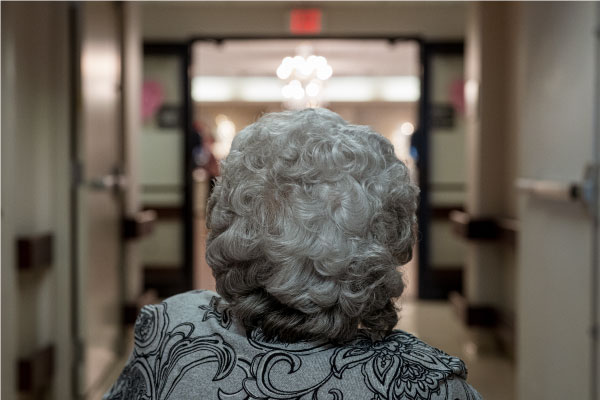 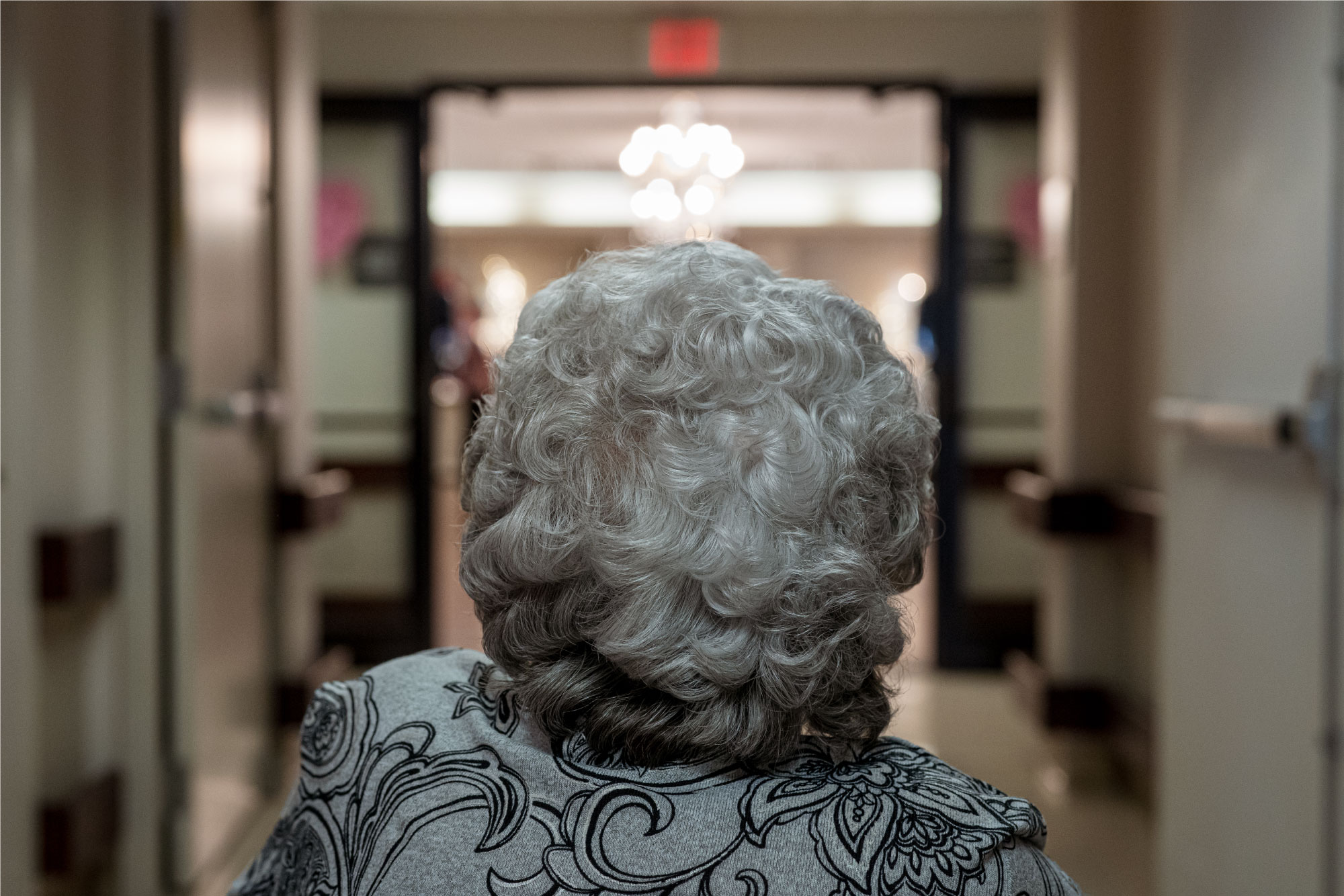 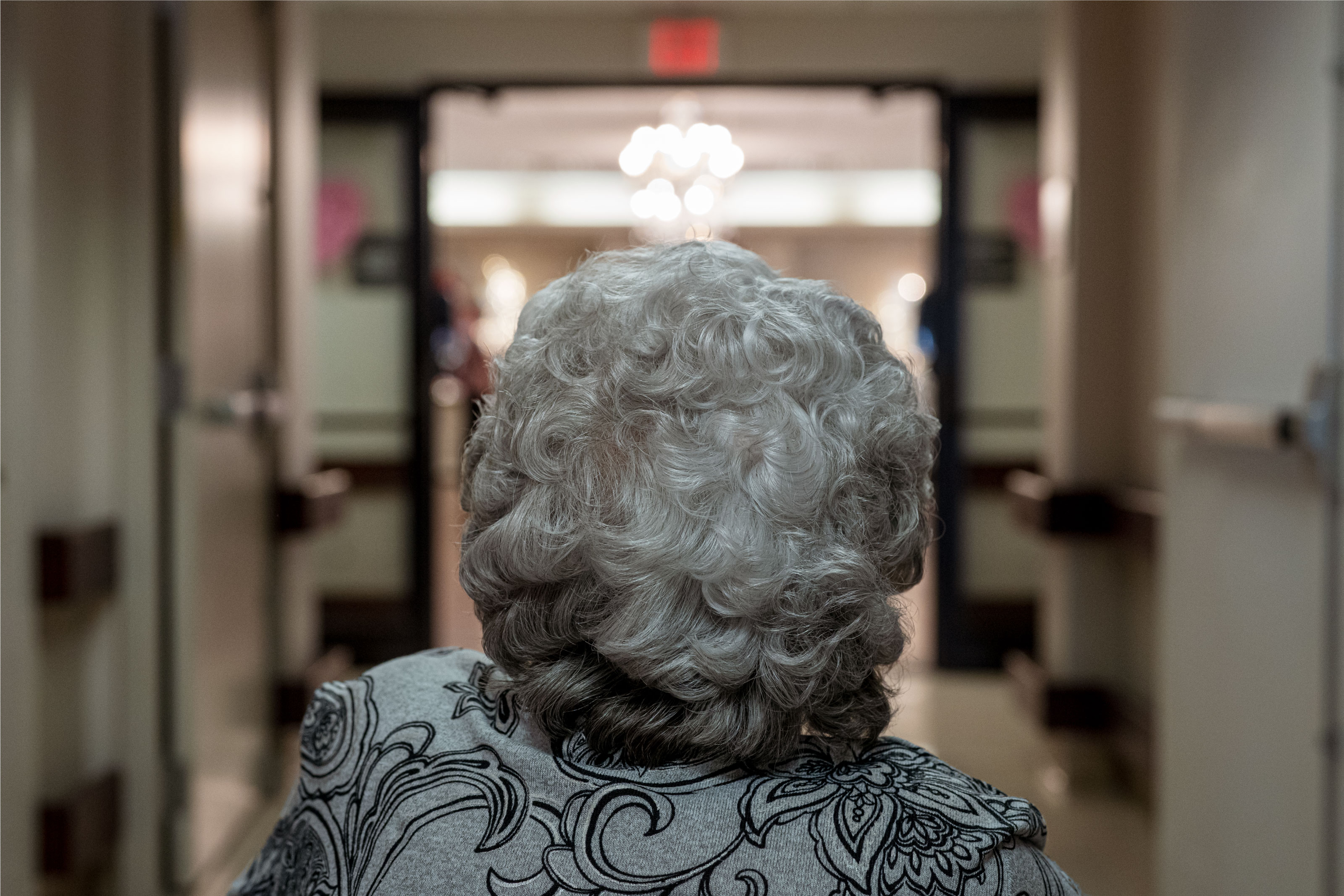 In the dining room, which had been mostly empty since March, the tables were set with formal white linens. Red and pink tinsel adorned every table. Ms. Leech greeted friends — “Hey Peg!” — and bantered with the dining room staff. When her tablemate, Sherry Roeser, declined sugar in her tea, Ms. Leech quipped, “She’s sweet enough!”

But amid the clinking of silverware and the soothing sound of jazz, the losses of the past year could be felt at each table where someone was missing.

Good Shepherd shut down in March, even before the virus had been found in West Virginia. Residents went without visits with loved ones, outings to the movies, even fresh air.

“I felt really lost,” said Joseph Wilhelm, 89, a retired priest who said he had found it difficult to concentrate on prayer.

Twice, the nursing home tried loosening restrictions, only to shut down again.

Sally Joseph, 85, grew tearful as she told of being separated from her children and grandchildren. At Christmas, she looked out the window and waved at her grandson, who visited in the parking lot. “This is the hardest thing,” she said. “But then when I get weepy and feeling sorry for myself, I think, ‘Everybody in the world is having the same problem as I am.’”

In November, an outbreak ripped through the third floor of Good Shepherd.

Five residents died. Among them was Michael Strada, an avid traveler who had visited 50 countries. John Strahl, who liked to fish and hunt. Marjorie Lekanidis, who delighted in spending time with her dog. Ann Martin, who loved her church, her granddaughters and going on car rides to nowhere in particular.

Fifteen others got sick in the outbreak, including Ms. Leech. After recovering in the nursing home’s Covid-19 ward, she was feeling better, she said, and eager to return to some version of normal life, however simple.

“Just seeing the people here,” she said, “is enough.”

On the menu for this first day back were cheeseburgers and potato soup, unveiled with a flourish of silver serving dishes.

“You look pretty good today,” Ms. Leech shouted across the room to Ruth Nicholson, 79, who wore a blazer, jewelry and headband — each in a different bold color.

“Oh, thank you dear,” Ms. Nicholson replied. “I’m always dressed up when we come down here.” 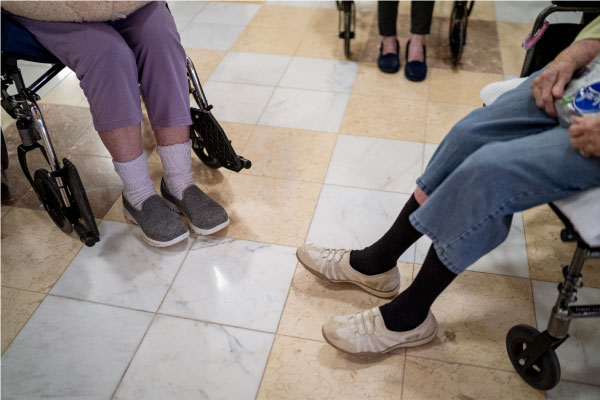 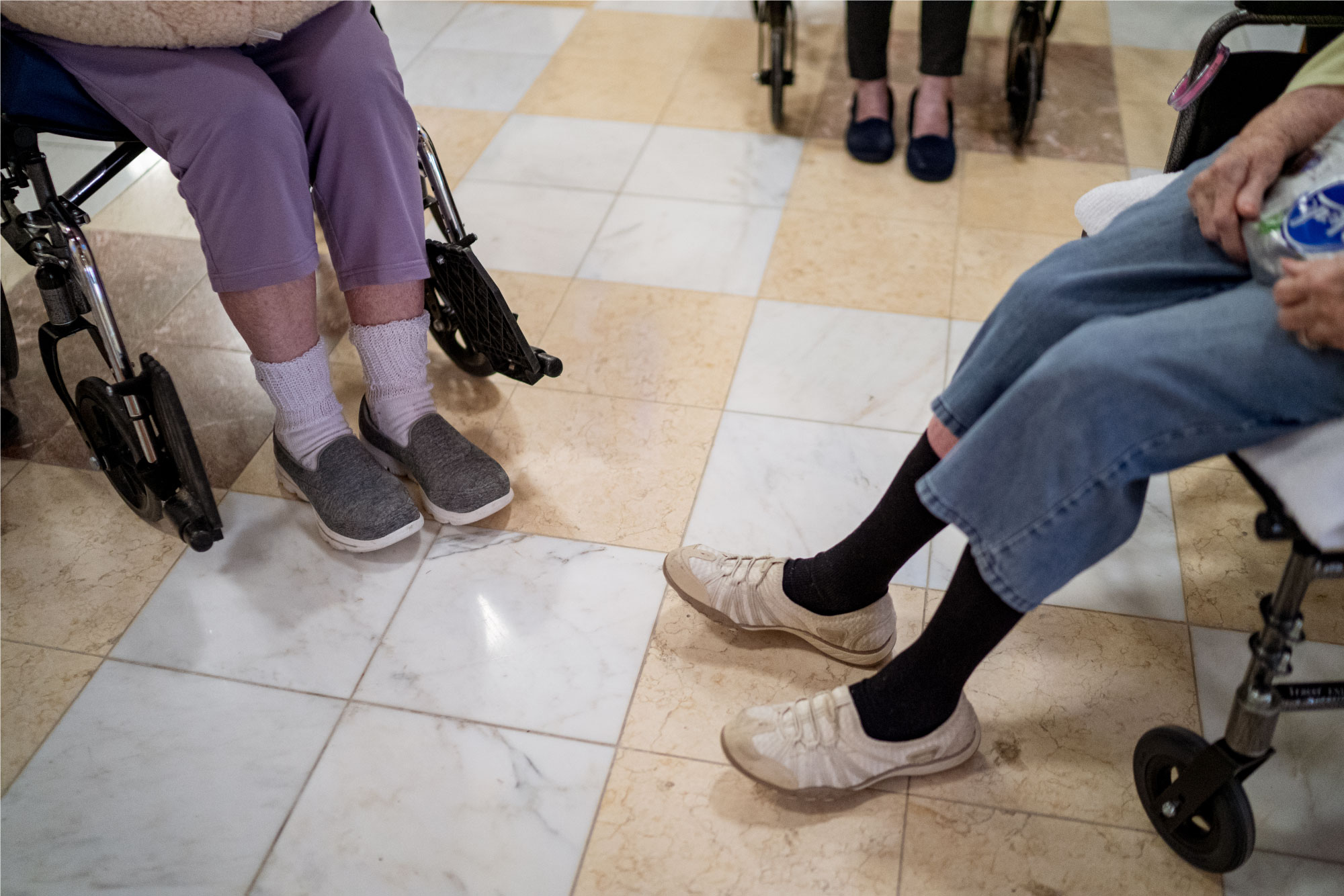 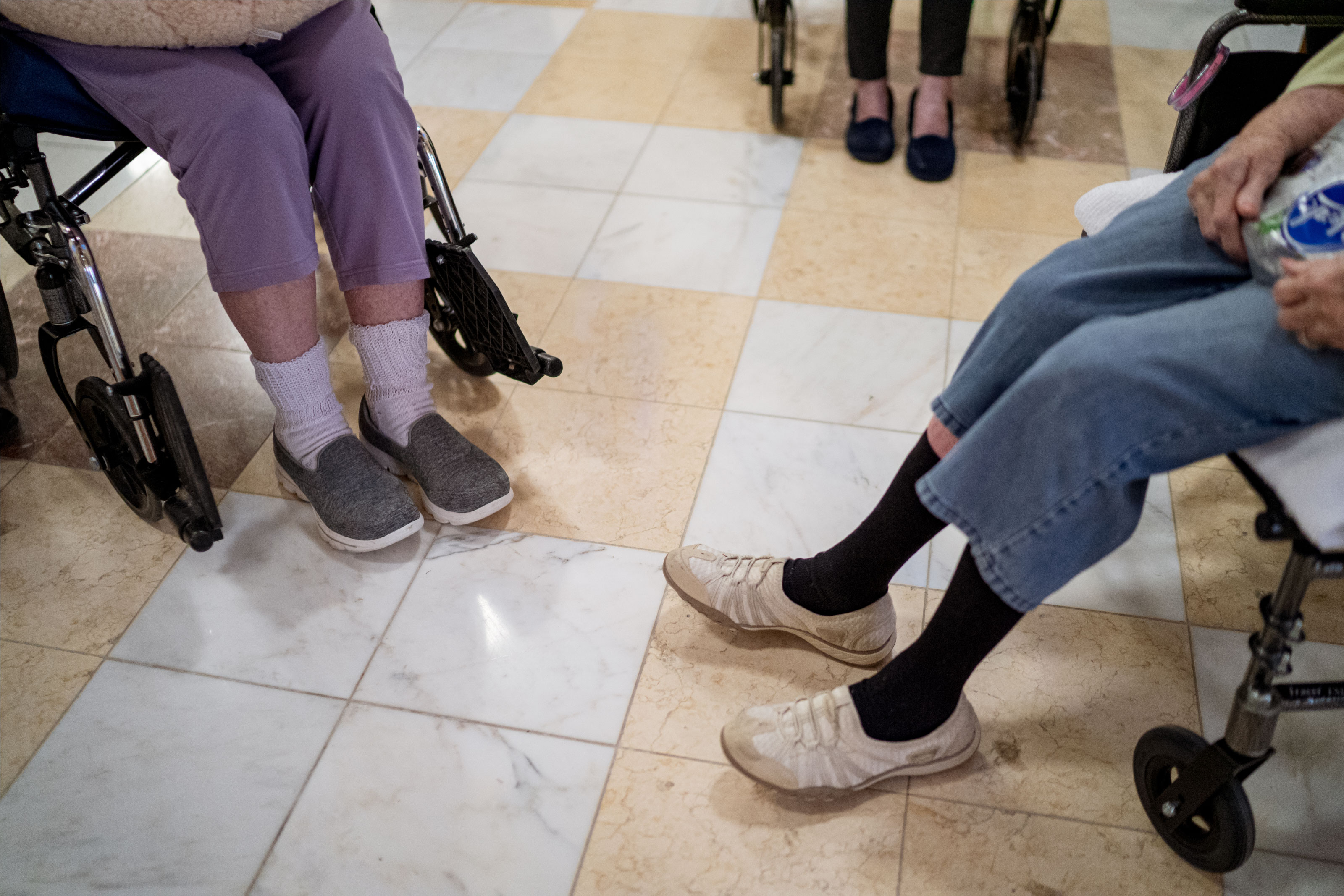 Even with the vaccinations completed, everything has not gone back to normal. Residents are allowed to socialize again together, but they also are asked to continue wearing masks. They sit several feet apart. And most relatives and friends still cannot come to visit.

The continuing precautions offer insights into the complications of reopening, far beyond nursing homes. About 20 percent of people at Good Shepherd — mostly staff members and a few residents — declined to be vaccinated, reflecting a hesitance that has emerged across the country. Cases in the surrounding county remain high. More research is needed to understand whether vaccinated people might still be able to transmit the virus.

So it was in a socially distanced maze of wheelchairs that a “penny auction” was held — the first in more than a year.

A crowd gathered and Vickie Henderson, an assistant activities director who had spent several hours shopping at Walmart and various dollar stores, took on the role of auctioneer as residents bid on items like cookies and a handmade multicolored quilt. “Do I hear one penny?” she shouted, modeling a scarf and waving a pair of sunglasses. “Do I hear two?”

At one point, a bidding war broke out over a Snoopy stuffed animal that played the “Peanuts” theme song.

When Ms. Leech’s moment came, she spent all of her allotted cash — everyone got 10 pennies — on a giant tub of cheese puffs. 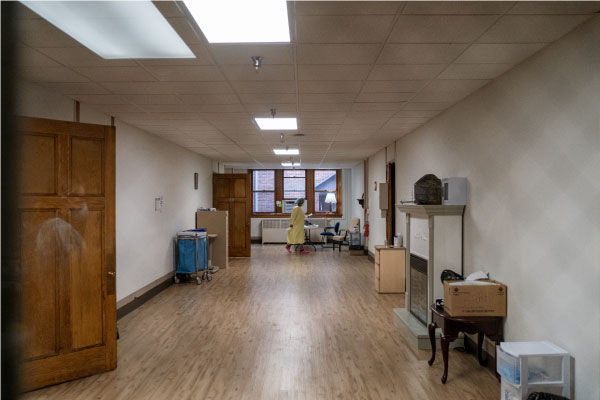 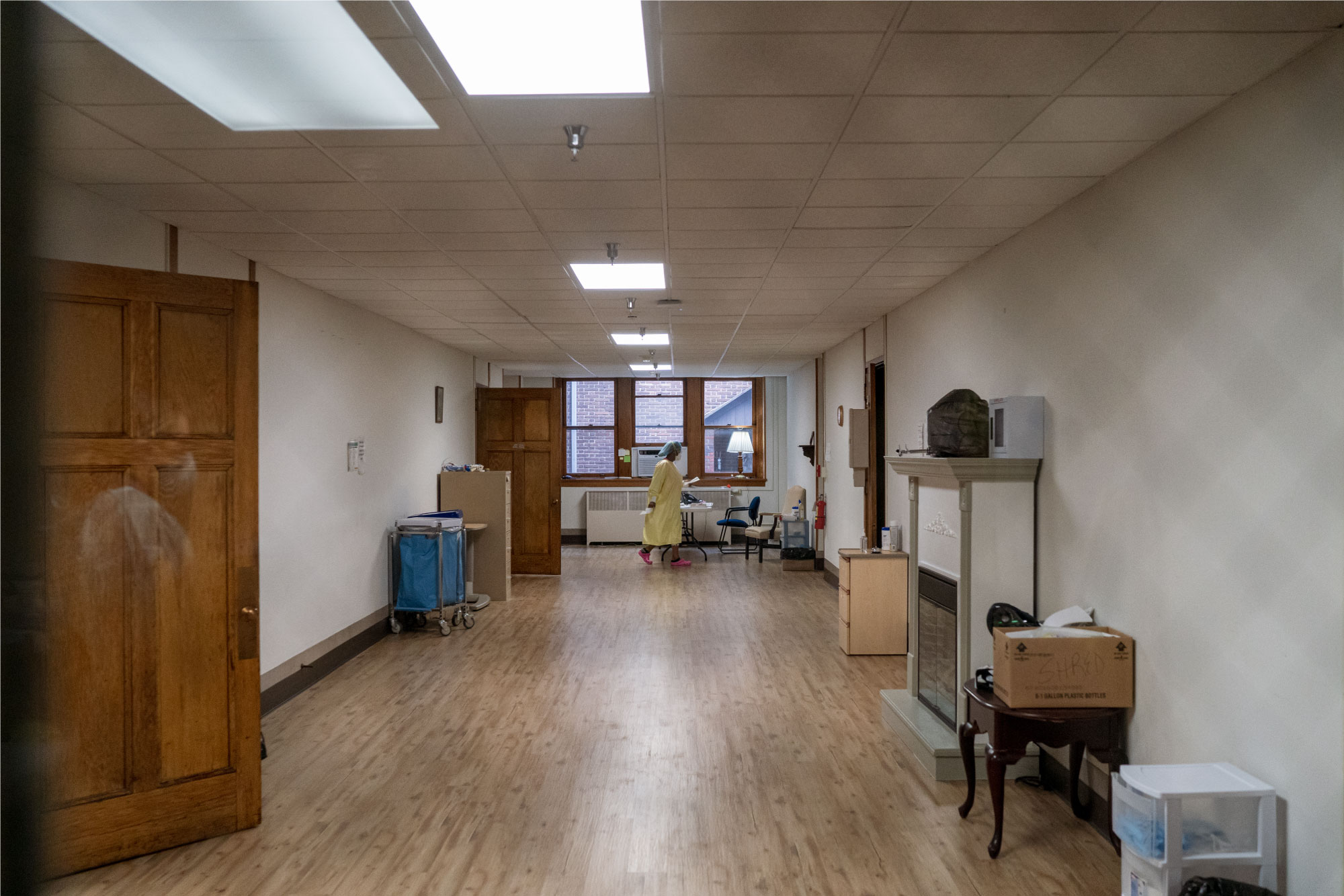 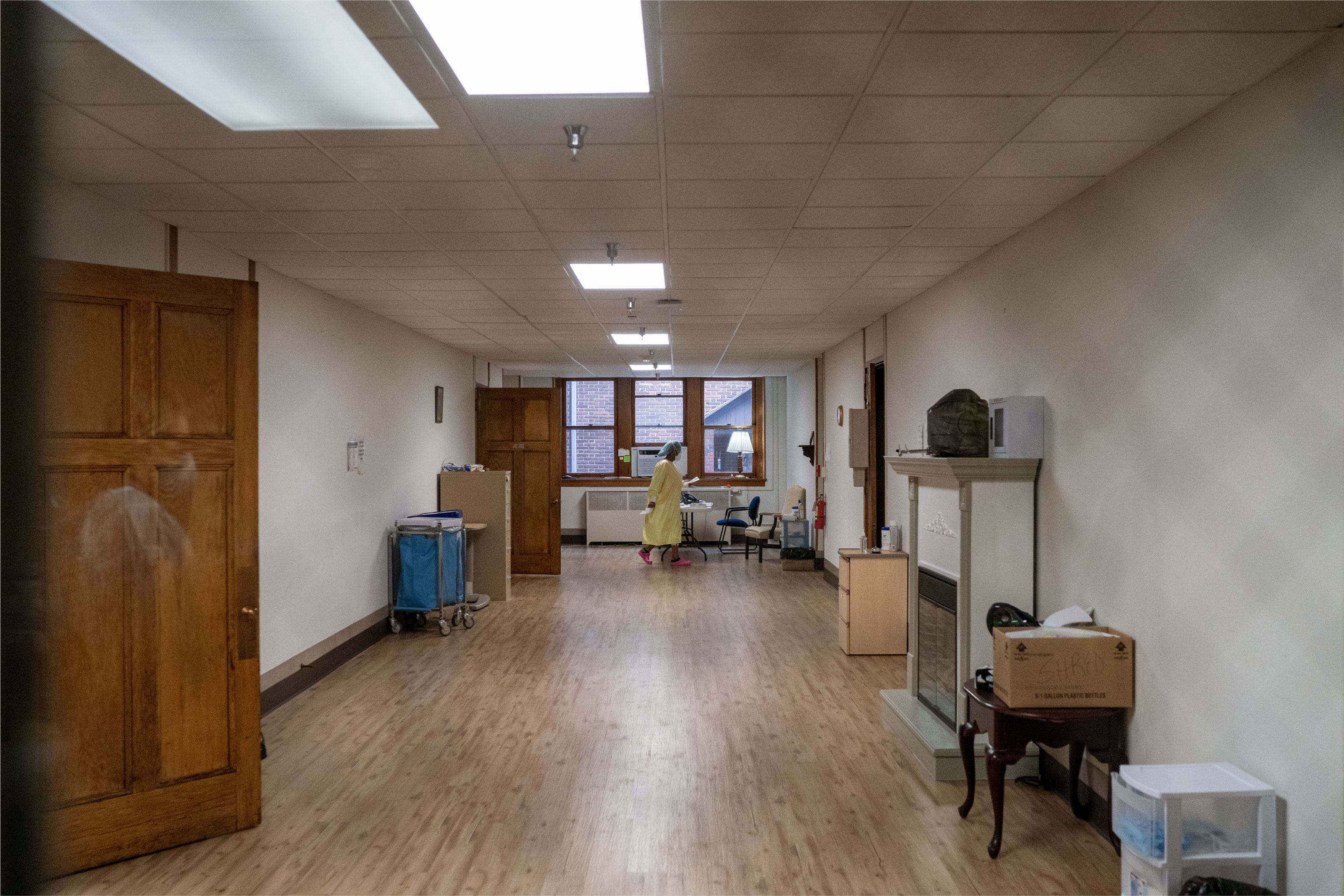 In the bustle of the day, there were moments of stillness.

In the lobby of a stained-glass chapel, Frank and Phyllis Ellis savored a quiet reunion.