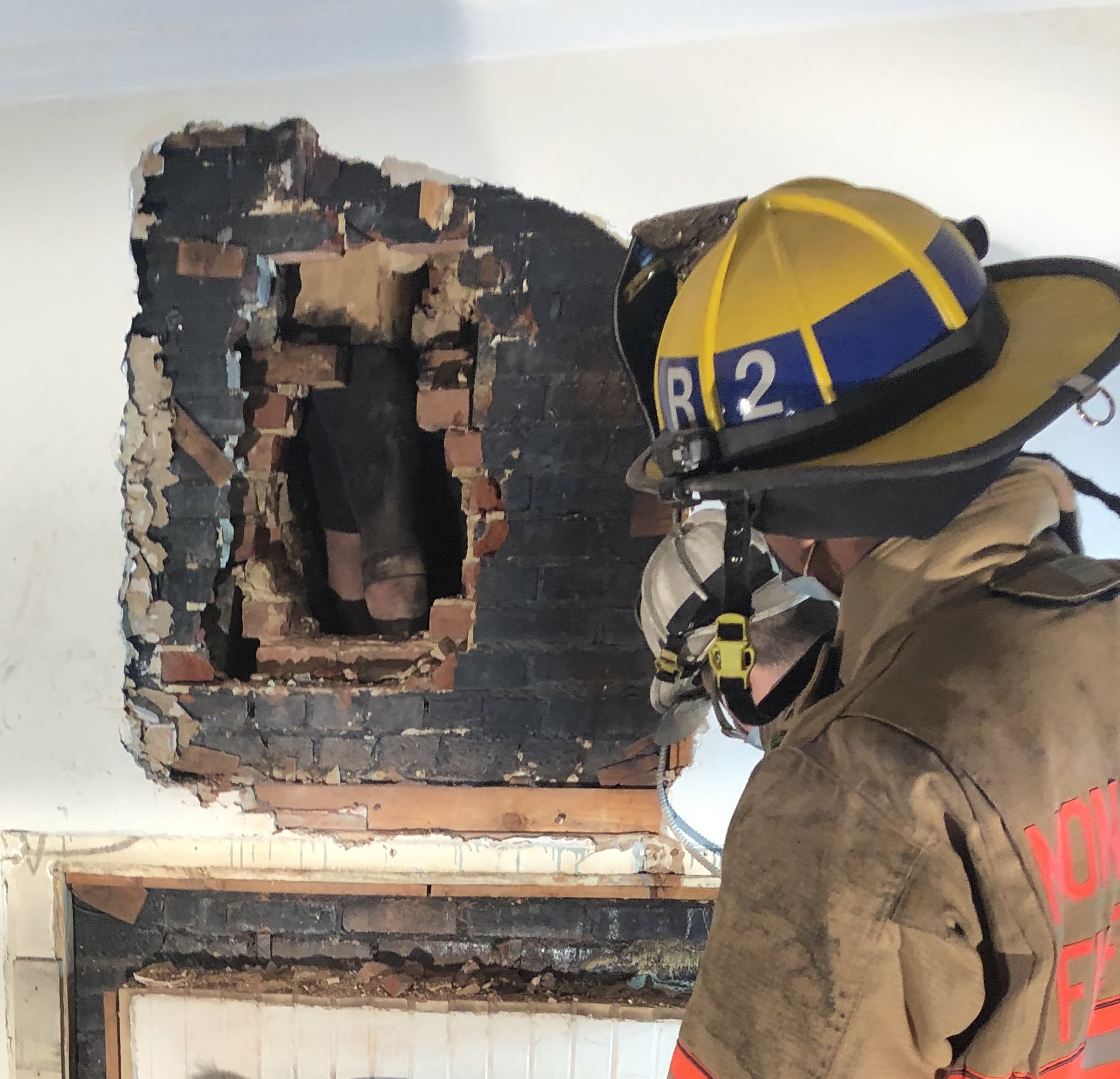 When a possible break-in was reported at a Maryland home, police turned up empty-handed — only later when the family said they still heard noises did the police return to find a man stuck in their chimney.

In Silver Spring, Maryland, a suburb north of Washington DC, the Khan family had a fairly normal evening in their home. The family watched a movie, had the fireplace going and even made some s’mores.

After everyone in the house had gone to bed, at around 3am, Ibrar Khan heard a strange noise, he told NBC News.

‘I kept hearing some really loud banging noises, some thudding noises, like something was banging the wall,’ Khan said.

He checked the entire home but found no one. When the noises continued, he called the police.

Officers arrived within minutes and searched the house and yard, eventually concluding that there was no one there.

After officers left, the strange sounds continued. Khan then heard someone shouting out from inside his fireplace.

Police officers then returned, and later summoned two dozen firefighters to the scene to begin a rescue. Firefighters hacked away at the brick wall of Khan’s home, working to free the wannabe-burglar.

Firefighters were able to pry open the chimney to find someone had climbed down and gotten stuck within the narrow duct.

After a night-long mission, at about 7.30 am, a man unknown to the family was removed from the chimney and taken to a trauma center for treatment of serious injuries. He is expected to survive, officials said.

Khan said he and his family were worried about his condition, but glad he wasn’t able to get in.

Information on the man’s identity and whether he could face any charges were not immediately available.

TWITCH stars Ninja and Pokimane has been feuding – but what's it all about? The flare-up comes after fellow Twitcher Jidion was permanently banned for…