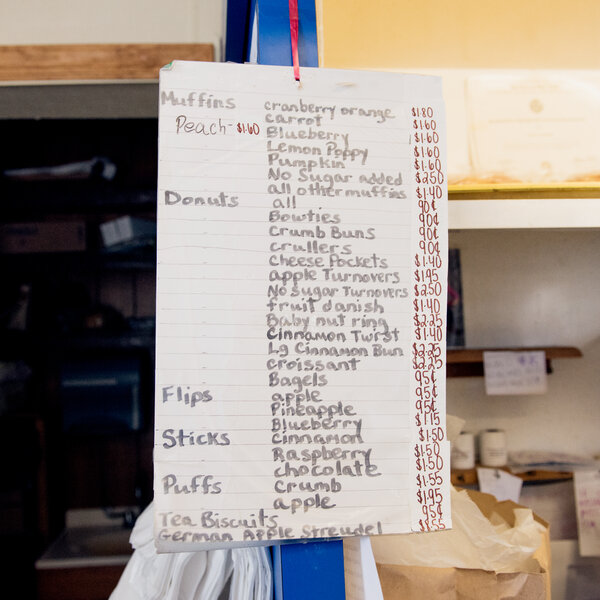 To understand why inflation is so worrying to so many people, you could look at price charts for lumber or used cars or New York strip steaks. There is no doubt that the prices of many of the things people buy are rising at an uncomfortably rapid rate.

But to really understand why there is a persistent longer-term buzz of inflation concern, you have to wrestle with the ways in which money itself is fundamentally ephemeral.

Ultimately, most money is a mere electronic entry in the ledger of a bank. It is worth only what it will buy, and what it will buy changes all the time. Or as the humor publication The Onion once wrote, money is “just a symbolic, mutually shared illusion.”

When prices move abruptly — as when an economy that has been partly shut down for more than a year tries to reboot — that inherent uncertainty becomes all too real. When wild swings like these can happen, what else might be possible?

But inflation isn’t so scary if you focus on the precise mechanics by which the value of a dollar changes over time — and how it might affect you. In an inflation-scare moment like this one, you can boil that down to five essential questions:

Is this a change in relative prices, or a change in overall prices? Are the prices of items becoming more expensive likely to rise further, stay the same, or go down? Are wages also rising? Is inflation so high and erratic that it is hard to plan ahead? And is this really inflation at all, or is it a shift in the price of investments like stocks and bonds?

Let’s take these questions in turn, and look at what aspects of the current price surge look more benign, and which are worrying.

At any given moment, some things are becoming more expensive and others are getting cheaper. That is how a market economy works; prices are what ensure that supply and demand eventually meet.

Sometimes, this happens quickly. Airlines constantly adjust ticket prices; the prices of fresh vegetables bounce around depending on whether they are plentiful or scarce. Other times it happens more gradually. A hair salon may not raise prices the first day there is a line of customers out the door, but it will do so if it is consistently overbooked.

Those shifts can be annoying — nobody wants to pay $1,000 for a short-haul plane ticket or see the price for a haircut double. But they are a healthy part of an economy working as it should.

The core challenge of an economy emerging from a pandemic is that numerous industries are going through major shocks in demand and supply simultaneously. That means more big swings in relative price than usual.

Last year, relative price changes cut in both directions (prices for energy and travel-related services fell, while prices for meat and other groceries rose). But this spring, the overwhelming thrust is toward higher prices. There are fewer goods and services with falling prices to offset the rises.

Still, many of the most vivid and economically significant examples of price inflation so far, like for used cars, have unique industry dynamics at play, and therefore represent relative price changes, not economywide price rises. One important thing to watch is whether that changes — whether we start seeing uncomfortably high price increases more dispersed across the full range of goods and services.

That would be a sign that we were in a period not simply of an economy adjusting itself, but one of too much money chasing too little stuff.

Not all price changes have equal meaning for inflation. Much depends on what happens next.

If the price of something rises but then is expected to fall back to normal, it will act as a drag on inflation in the future. This often happens when there is a shortage of something caused by an unusual shock, like weather that ruins a crop. In an opposite example, in 2017 a price war brought down the price of mobile phone service, pulling down inflation. But when the price war was over, the downward pull ended.

On the other hand, a price that is expected to rise at exceptional rates year after year has considerably greater implications. Consider, for example, the multi-decade phenomenon in which health care prices rose faster than prices for most other goods, creating a persistent upward push on inflation.

So an essential question for 2021 is in which bucket the inflationary forces now unleashed should be put.

One piece of good news if you’re worried about an inflationary spiral: Futures prices for major commodities — including, oil, copper and corn — all point to falling prices in the years ahead.

But then there are the labor-intensive service industries, those with no choice but to raise prices if workers are able to consistently demand higher pay. They bring us to a different essential question.

Media coverage of inflation typically focuses on indexes that cover consumer prices: numbers that aim to capture what it costs to go to the grocery store, buy a car and obtain all the other things a person wants and needs.

But more properly defined, inflation is about the full set of prices in the economy — including what people are paid for their labor. Whether there is wage inflation goes a long way to determining how people feel about the economy.

Even relatively high price inflation is bearable if wages are rising faster. From 1995 to 2000, inflation averaged 2.6 percent a year. But the average hourly earnings of nonmanagerial workers were rising 3.7 percent a year, so it should be no surprise that workers felt good about the state of the economy.

It is too soon to show up clearly in the data, but there are anecdotes aplenty that companies are rapidly increasing pay. Just this week, Bank of America said it would start a $25-per-hour minimum wage by 2025, up from $20, and major chains like McDonald’s, Starbucks and Chipotle have announced significant moves toward higher pay in recent weeks.

For individuals who benefit from bigger paychecks, that will take the sting out of higher prices for goods. Some may end up better off financially than they had been in lower-inflation environments.

Wages play an essential role in the linkage between higher prices and continuing inflation. In the 1970s, workers demanded­ — and received — higher pay. Then companies raised prices, which fueled further demands for pay raises.

To experience a wage-price spiral like that, both parts of the equation need to come into play. That means it’s worth watching for evidence of whether pay raises are a one-time adjustment to an unusual job market, or the beginning of a shift in power toward workers after years of meager gains.

Many people take it for granted that high inflation is a bad thing.

But in truth, it’s not obvious why a country couldn’t comfortably have prices rise significantly faster than they have in the United States in recent decades. Imagine a world where consumer prices rose 5 percent every year; workers’ wages rose 5 percent, plus a little more to account for rising productivity; and interest rates were consistently higher than Americans are accustomed to.

In theory, the only problem would be what economists call “menu” costs, the inconvenience of companies having to revise their price lists frequently. (In a way, the pandemic shift away from physical menus in restaurants might even make that concern moot.)

In practice, though, not many countries have managed to have higher inflation like that arrive steadily year after year. And there can be big negative consequences when inflation is erratic, swinging from 2 percent one year to 10 percent the next and so on.

When inflation is erratic, it creates economic upheaval, essentially offering a windfall to either creditors (in the event of a surprise fall in inflation) or debtors (with rising prices).

Over time, lenders would demand higher interest as compensation — an inflation risk premium. And that means that an economy with high and volatile inflation may get less investment, and hence less economic growth.

So far, there is not much sign of that happening in the United States. Bond investors appear confident that whatever inflation takes place in the next year or two is a one-off event, not a new normal in which the value of a dollar is unpredictable.

But keep an eye on markets for any evidence that is changing.

Even when consumer price inflation is low, some financial commentators may point to a worrying surge in asset inflation, meaning rising prices of stocks, bonds and other investments.

Economists generally don’t think of asset price swings as a form of inflation at all. If stock prices rise, it may change the future returns on your savings, but it doesn’t change what a dollar can buy in terms of the goods and services you need to live.

But semantics aside, it certainly seems apparent that millions of people have been plowing money into meme stocks and cryptocurrencies (as well as more traditional investments) that might otherwise have gone to bid up the price of home grilling equipment or other things in short supply.

And while there is plenty to worry about in terms of bubbly signs in financial markets — and what it would mean if they corrected downward, as major cryptocurrencies did on Wednesday — that doesn’t mean they are making ordinary consumers worse off. You can’t eat Bitcoin; you can’t clothe yourself in shares of GameStop.

The implication: High asset prices and rising price inflation aren’t the same thing. Whether with asset prices or other aspects of inflation, being precise and detailed is a way to make the essential ephemerality of money a little more concrete.