JERUSALEM — For Israel, the move toward normalization of ties with Sudan does not represent the same kind of landmark strategic achievement as the peace treaties decades ago with Egypt and Jordan, once-bitter Arab enemies on its borders.

Nor does the move open up major new economic opportunities, as did Israel’s two new pacts with the United Arab Emirates and Bahrain, brokered by the Trump administration in August.

About all that Israelis could truly savor in Friday’s announcement by President Trump that he had fostered another diplomatic breakthrough was its symbolic value: Sudan was the scene of the Arab League’s defiant 1967 Khartoum Resolution. Soon after Israel’s victory in the Six-Day War, the league’s members all vowed in the resolution “No to peace with Israel, no recognition of Israel, no negotiations with Israel.”

Suddenly, Sudan, of all the Arab countries, was saying yes to all of the above.

In that sense, even the limited economic and trade relations that President Trump ballyhooed on Friday as a victory “for peace in the world” would drive another nail in the coffin of the Palestine Liberation Organization’s old strategy of maintaining Arab solidarity behind the rejection of Israel until the Palestinians establish a state.

The step toward normalizing relations with Israel would also cement a Sudanese strategic realignment begun in 2015, when after decades as an ally of Iran, the African nation abruptly took Saudi Arabia’s side in the Yemen civil war and broke off relations with Tehran the following year.

“That was the great turnover, or the tipping point,” said Brig. Gen. Assaf Orion, a veteran Israeli military strategist at the Institute for National Security Studies in Tel Aviv. “When they moved over from being a hub of Iranian weapons proliferation to Gaza to at least siding on the right side of the Gulf, that’s a substantial thing,” he added.

“When it becomes a diplomatic achievement for Israel,” he said, “it’s also nice.”

Dore Gold, a former director-general of Israel’s foreign ministry with extensive experience in Africa, said that Israel and Sudan now were like-minded in wanting to deny Iran, which he said once had effective control of Port Sudan, a strategic presence in the Red Sea.

Beyond that, he said, “I think there’s a cumulative impact every time you get another country, especially one of the largest in Africa, both in population and geographic expanse.” 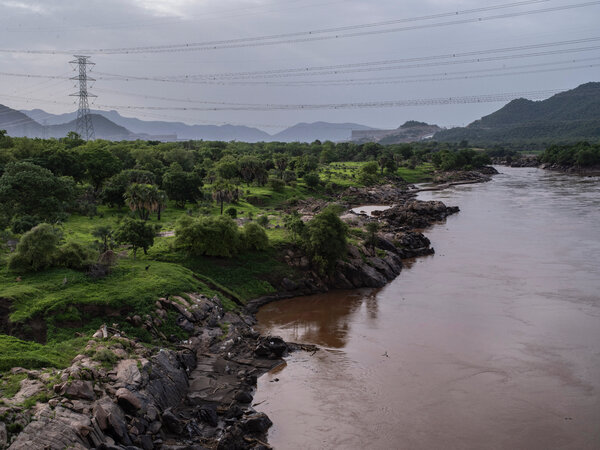 As a practical matter, détente with Sudan could open up a new, if modest, market for Israel’s agricultural, arms and medical industries, experts said. Overflight rights for Israel could also shorten some flights from Tel Aviv to southern Africa or Latin America.

Some analysts also said that, with its expertise at desalination and desert-climate irrigation, Israel could play a role in helping Egypt, Sudan and Ethiopia resolve their longstanding differences over the Blue Nile. Ethiopia is building a huge, $4.6 billion dam on the river, one that Mr. Trump suggested on Friday that Egypt “will end up blowing up” — a comment that enraged Ethiopian leaders.

But there were few illusions in Israel about what was motivating the Trump administration to race to Friday’s announcement less than two weeks before Election Day. Privately, government officials said that aiding Israel could help Mr. Trump peel off some Jewish voters in pivotal swing states like Florida or Pennsylvania.

Mr. Trump used the announcement of the Sudan-Israel agreement to ridicule his Democratic opponent, Joe Biden, from the Oval Office on Friday.

“Do you think Sleepy Joe could have made this deal, Bibi? Sleepy Joe?” Mr. Trump asked Prime Minister Benjamin Netanyahu of Israel in a call that was televised on cable news.

Perhaps mindful of polls showing the Democratic challenger in the lead, Mr. Netanyahu, who is facing his own political crisis, demurred from attacking Mr. Biden.

“We appreciate the help for peace from anyone in America,” he replied. “And we appreciate what you’ve done enormously.”

Irit Bak, a Sudan expert who leads the African Studies department at Tel Aviv University, said she was disgusted by the two embattled leaders’ use of “the situation in Sudan, which is so desperate,” to help themselves politically.

Ms. Bak warned that normalizing ties with Israel carried great peril for the leaders of Sudan, a country with a long history of Islamism. Any blowback could be dangerous for the fragile transitional government, which came to power after the ouster last year of the longtime dictator Omar al-Bashir.

Relations between Israel and Sudan have long been a roller-coaster ride, frequently colorful, generally covert, and often confrontational.

In 1948, a small detachment of troops from Sudan, then under Anglo-Egyptian rule, were among the Arab armies Israel fought against in its war of independence.

After Sudan gained independence in 1956, Israel secretly aided the Anyanya separatist rebels in southern Sudan, partly to pin down as many Egyptian forces as possible, who were aiding the Muslim central government in Khartoum. And Sudan sent a small contingent of troops to aid Egyptian forces in the 1967 war with Israel.

In the 1970s, Israeli pilots operating from Uganda and Kenya flew arms to the Anyanya forces, and Israeli agents on the ground helped them ambush government soldiers and bomb bridges on the Nile.

In the late 1970s and 1980s, tens of thousands of Ethiopian Jews migrated to Sudan in hopes of getting to Israel, and Israeli spies mounted a series of daring operations to spirit them away under the noses of Sudanese authorities. The operation was managed from a hotel on the Sudanese coast, used as cover for Mossad agents, in a clandestine operation depicted in the 2019 film “The Red Sea Diving Resort.”

In the 1980s, Israeli officials briefly plotted with Gen. Jaafar al-Nimeiry, the Sudanese leader, to stockpile weapons in his country to be used to try to overthrow the regime of Ayatollah Khomeini in Iran. And in 1984, bribes to General al-Nimeiry and his security chief led the Sudanese to turn a blind eye as Israel airlifted 30,000 more Ethiopian Jews from Khartoum.

Still, in 1985, according to Milton Bearden, then the C.I.A. station chief in Khartoum, two Mossad agents involved in the Ethiopian rescue operations were forced to take refuge in his home. They were eventually smuggled out of Sudan in cargo crates fitted with oxygen tanks, he said in an interview.

The 1989 coup by Mr. al-Bashir, however, led Sudan to take a sharp turn toward Islamism and enter into a long alliance with Iran, which used Sudan to funnel weapons to Hamas in Gaza.

Beginning in 2009, Israel conducted airstrikes in Sudan against suspected arms convoys, and in 2012 it bombed a munitions depot in Khartoum, lighting up the night skies.

In a more recent bit of derring-do, the Mossad sent a private plane loaded with medical gear and doctors to Khartoum to try to save an influential diplomat, Najwa Gadaheldam, when she became ill with Covid-19 in May. She did not survive.

It was Ms. Gadaheldam who had helped initiate the first public meeting between Mr. Netanyahu and the Sudanese military leader, Gen. Abdel Fattah al-Burhan, in Kampala, Uganda, in February.