Legislation that would usher in landmark changes to the criminal justice system in New Jersey has been awaiting final action for a year.

The bill stems from an 18-month effort by a bipartisan commission, which scrutinized penalties for various criminal charges and recommended the elimination of lengthy, mandatory sentences for nonviolent drug and property crimes — rigid terms that have left New Jersey with one of the most racially imbalanced prison systems in the country.

But after the Assembly passed the bill in July, a powerful Democratic state senator, Nicholas Sacco, inserted an amendment that would also eliminate certain mandatory sentences for another criminal category: corrupt public officials.

The tweak is already the stuff of Jersey lore: It was added at least in part to help Mr. Sacco’s girlfriend’s son, who was accused of falsifying a timecard at a no-show job and charged with official misconduct. If convicted, he faces a mandatory five-year prison term.

The amendment has stalled the criminal justice bill, resulting in a delay that lawmakers say is unlikely to be resolved before the end of the legislative calendar year on Monday. The Legislature is scheduled to meet Thursday afternoon.

The amended bill cleared the Senate and would need to be approved by the Assembly before being signed or vetoed by Gov. Philip D. Murphy, who has said that he does not support the change as part of the sentencing reform legislation, but is open to discussing its merits.

An aide said the Assembly speaker, a former judge, is reviewing the bill, but key leaders have signaled an openness to eliminating mandatory-minimum sentences altogether.

If adopted, it could fundamentally weaken the ability of prosecutors to build criminal cases against corrupt politicians, public officials and police officers in New Jersey, a state with a well-earned reputation for wrongdoing.

“The optics are terrible,” said Assemblyman Christopher P. DePhillips, a Republican who serves on the judiciary committee. “And it’s also bad public policy.”

The legislative maneuver comes at a time when public confidence in government is low and proving official misconduct under federal law has become far harder after a 2016 Supreme Court decision that narrowed the legal definition for corruption.

Over the last several years, the high-court ruling has led appellate panels to overturn the convictions of at least two powerful New York politicians, Sheldon Silver and Dean Skelos, and unraveled the federal bribery case against U.S. Senator Robert Menendez of New Jersey.

Only Illinois has similar mandatory penalties for official misconduct, which became a second-degree crime in New Jersey in 1978 in the midst of a decade-long reckoning with a system riddled with Mafia-linked public corruption.

The five-year sentence for second-degree official misconduct was set in 2007. Other corruption charges, including bribery, perjury and witness tampering, would still be subject to mandatory penalties. 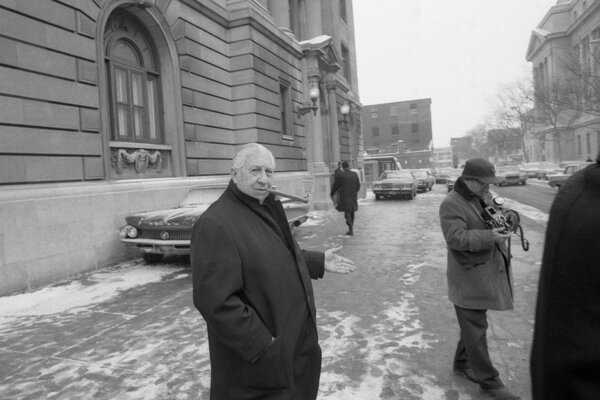 Edwin H. Stier, a former state and federal prosecutor who specialized in organized crime and public corruption cases, said the guaranteed penalty for official misconduct was both a powerful deterrent and a valuable tool. It can be used as leverage to persuade lower-level co-conspirators to cooperate with the government in exchange for reduced penalties — deals that are often key to proving cases against powerful officials.

“Before you start to weaken the statutes and the resources that have been created in New Jersey to deal with corruption, you really need to think long and hard,” said Mr. Stier, a past director of New Jersey’s Division of Criminal Justice.

Governor Murphy, a progressive Democrat who strongly supports the broader sentencing reforms, stated firmly in September that he was opposed to “official misconduct being roped into this legislation.”

By Monday, he had tempered his comments, stating: “I’m happy to have a conversation about it, and I mean that sincerely. I’m not sure where I am on it but it was not part of the spirit of the commission.”

Mr. Sacco, a northern New Jersey power broker and longtime mayor of North Bergen, has been lobbying for the amendment to pass before Monday, in voting sessions already crowded with other weighty, last-minute legislation.

“If he wants the reforms that he’s talking about,” Mr. Sacco said about the governor, “sign it.”

Mr. Sacco said his motive went well beyond his girlfriend’s son’s case. The amendment is intended, he said, to give judges discretion to determine the true weight of the crime.

“I’m not trying to get anyone out of trouble,” he said. “I’m trying to let a judge decide how much trouble they deserve.”

He said that the charge could be used to ensnare low-level workers and that the penalty was often disproportionate to the crime.

In addition to creating an incentive for wrongdoers to cooperate with the government, the strict sentencing rules ensure that judges — who, in New Jersey, are appointed by the governor and Legislature — do not apply separate standards to powerful politicians.

“When the government meets that high threshold of proof, there should be some certainty of a penalty,” he said. “That if you betray the public trust, you’re going to go to jail.”

The urgency of the impact on the estimated 1,600 people imprisoned during a pandemic on charges covered by the bill has created its own dynamic, increasing pressure on lawmakers to broker a compromise — even if it includes reducing the penalties for public corruption.

“Whether the official misconduct is included or not is of no moment to me,” said Joseph E. Krakora, New Jersey’s public defender who was a member of the sentencing commission. “It just needs to be passed.”

The state bar association has endorsed the bill — with or without the amendment — as a way to reduce the racial disparity in New Jersey’s prisons and to give judges additional discretion. “It’s a way to put the sentencing back in the hands of the judge, where it should be,” said Kimberly A. Yonta, the president of the association.

But a coalition of progressive organizations is staunchly opposed to the amendment.

“This amendment, if enacted into law, would surely send a message that corruption is tolerated in New Jersey — or at least implicitly sanctioned by state legislators,” a group of 41 organizations wrote to legislative leaders in a letter released Tuesday.

The state’s attorney general, Gurbir S. Grewal, has also stated explicitly that he was opposed to weakening penalties for official misconduct — a charge that was considered by the commission but not included among the crimes that it recommended be exempt from the mandatory-minimum guidelines.