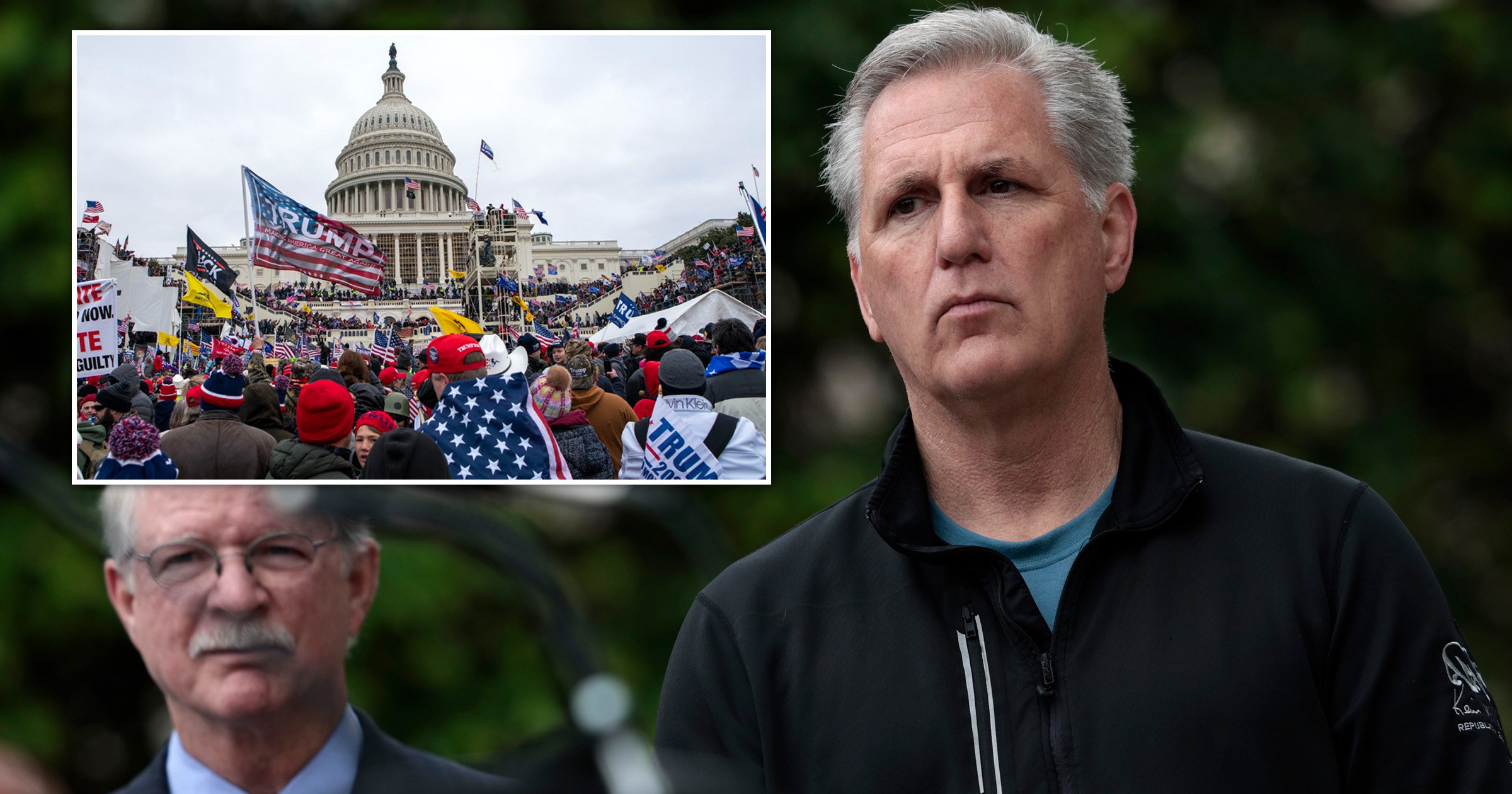 The House select committee investigating the January 6 Capitol riot has issued subpoenas to five Republican lawmakers who were allies of ex-President Donald Trump.

Thursday’s move was unprecedented, as it is believed to be the first time a congressional committee has issued subpoenas for members of Congress.

All five had been asked to voluntarily appear before the committee and declined.

‘The select committee has learned that several of our colleagues have information relevant to our investigation into the attack on Jan 6 and the events leading up to it,’ stated the committee’s chairman, Rep Bennie Thompson.

‘We urge our colleagues to comply with the law, do their patriotic duty, and cooperate with our investigation as hundreds of other witnesses have done.’

McCarthy, of California, participated in a heated call with Trump during the insurrection. Jordan, of Ohio, fought to overturn the 2020 presidential election results. Perry, of Pennsylvania, worked on an effort to replace the acting attorney general who pushed back on Trump’s false election fraud claims. Biggs, of Arizona, served as leader of the very conservative House Freedom Caucus. Brooks, of Alabama, said Trump has tried to be reinstated into office for more than a year.

The subpoenas have been issued as the panel prepares for eight public hearings next month.

‘Before we hold our hearings next month, we wished to provide members the opportunity to discuss these matters with the committee voluntarily,’ Thompson said, but that did not happen.