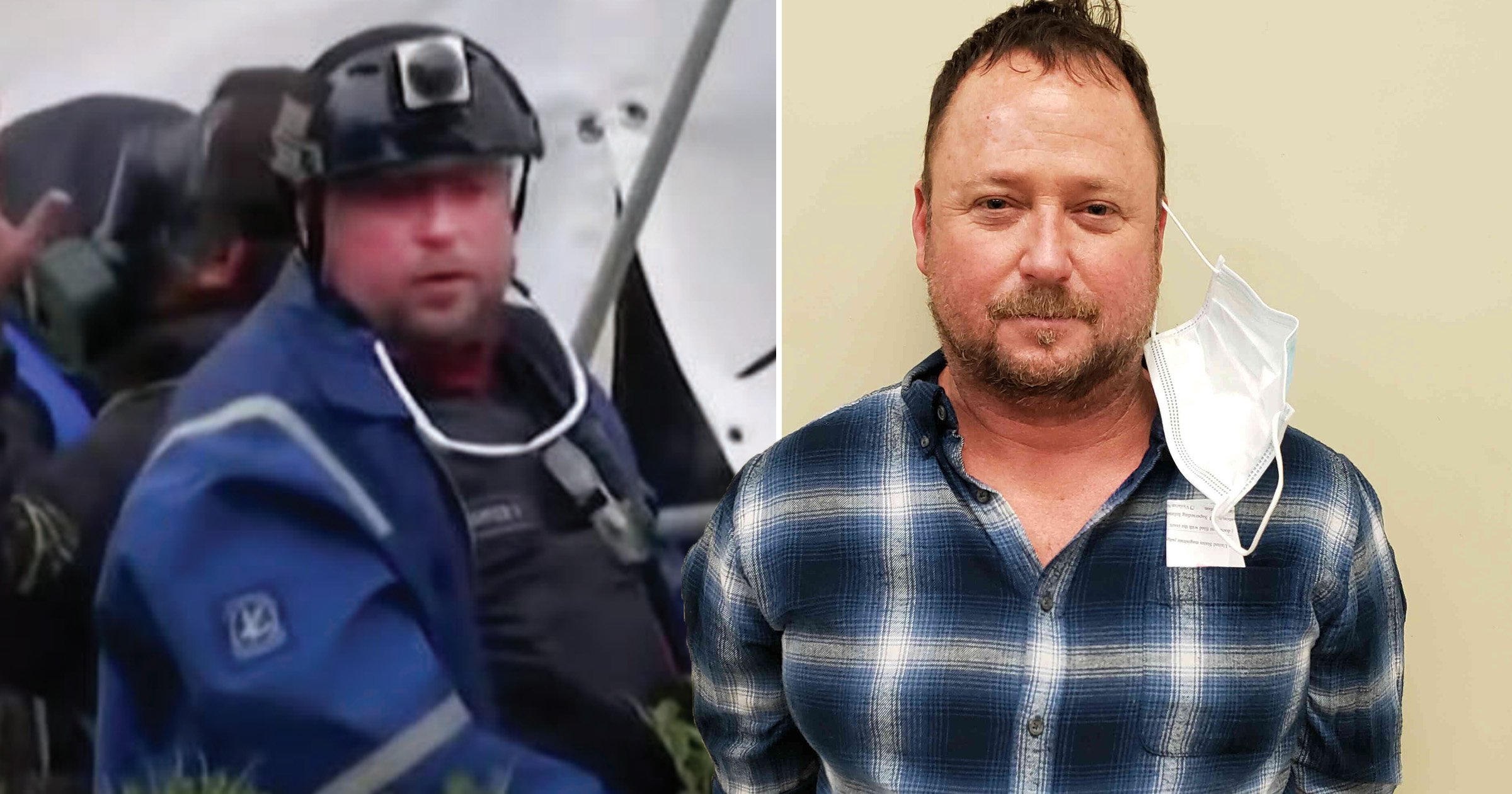 A man who took a gun to the US Capitol and threatened House Speaker Nancy Pelosi has received the longest sentence yet among those convicted in the January 6 insurrection.

Guy Reffitt, the first insurrectionist to go to trial instead of taking a plea agreement, was sentenced to 87 months – more than seven years – in prison on Monday.

‘Mr Reffitt’s reluctance to admit early that his behavior is illegal is concerning,’ said District Judge Dabney Friedrich before handing down the sentence.

‘And I want to be very clear… under no legitimate definition of the term “patriot” (does) Mr Reffitt’s behavior on and around January 6 fit the term. It is the antithesis of the word.’

Friedrich denied the Department of Justice’s request for a ‘terrorism enhancement’ which would have made Reffitt’s sentence even longer.

Reffitt, a recruiter for the Three Percenters right-wing militia, in a video he recorded himself on January 6 said: ‘I just want to see Pelosi’s head hit every f***ing stair on the way out… And (Senate Minority Leader) Mitch McConnell too.’

In a federal court in Washington, DC, on Monday, Reffitt called himself ‘a f***ing idiot’ who was ‘not thinking clearly’ when he joined the mob.

‘I clearly f***ed up,’ said Reffitt. ‘I did want to definitely make an apology, multiple apologies really, and accept my responsibility because I do hate what I did.’

It was Reffitt’s own son who tipped off the FBI a couple weeks after fans of then-President Donald Trump stormed the Capitol building to try to stop Congress from certifying Joe Biden’s victory.

The government gathered extensive evidence against Reffitt including his friend’s testimony that he had zip ties and that they decided to bring guns because they preferred to be ‘tried by a jury of 12 than carried by six’.

A Washington, DC, jury convicted Reffitt of five felonies in March including transporting and carrying a firearm on Capitol grounds and interfering with police.

His son was not in the courtroom on Monday.

However, Reffitt’s wife and two daughters watched in the room as he heard his sentence. His youngest daughter, Peyton, told the judge that her family ‘turned a blind eye’ to his mental health problems and the he is ‘not a threat’ to them.

‘My father’s name wasn’t on all the flags that were there that day, that everyone was carrying that day,’ said Peyton, crying and putting her hand on her heart. ‘He is not the leader.’

The 87-month sentence is two years lengthier than any other prison term handed to a Capitol rioter so far. The sentence, on top of every January 6 defendant that has faced a jury getting convicted, could sway hundreds of other defendants awaiting trial to take plea deals.