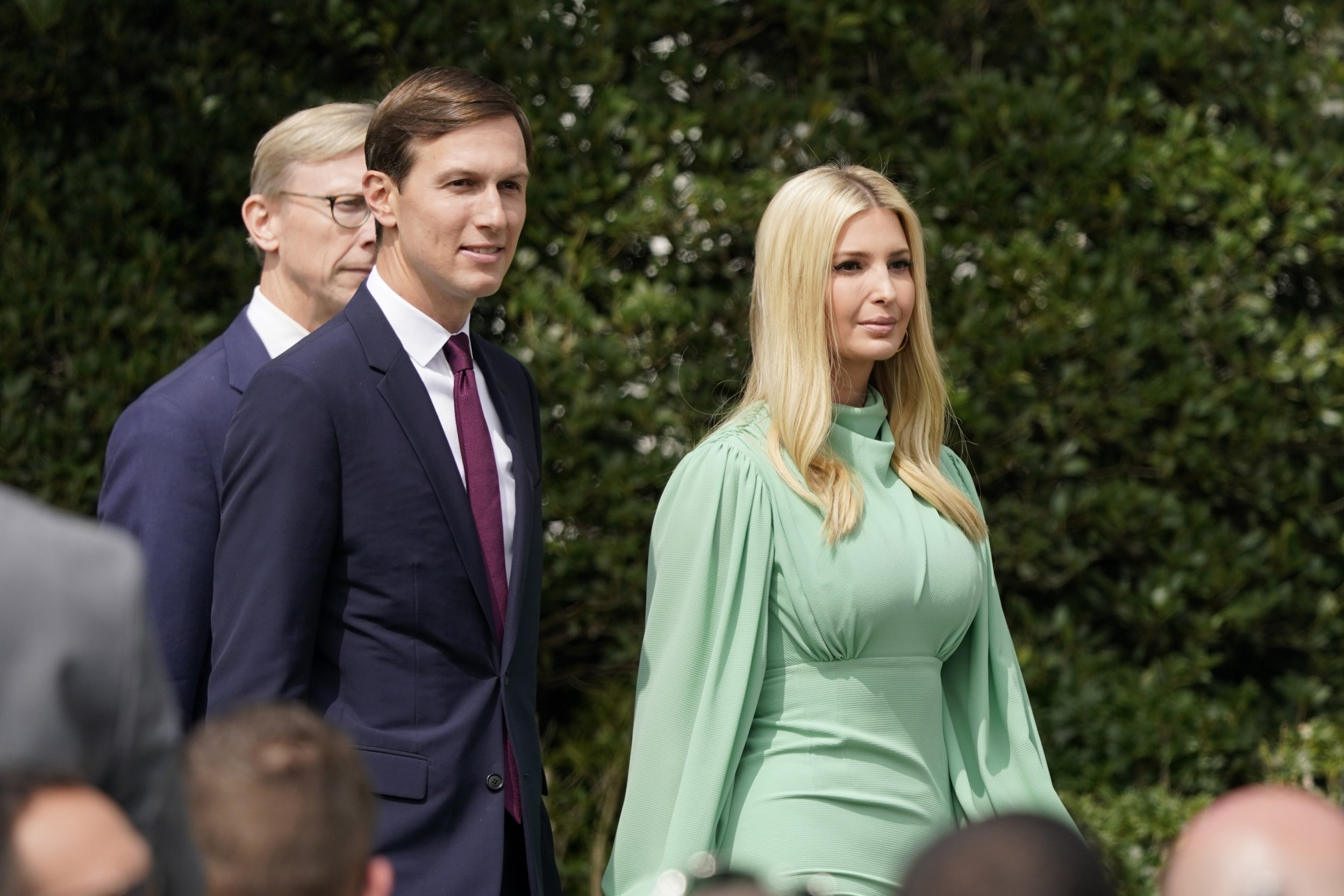 Jared Kushner and Ivanka Trump made up to $640 million in outside income while working in the White House as advisers to Donald Trump, a report has found.

Trump’s son-in-law, Jared, and his daughter, Ivanka, reported between $172 million and $640 million in income between 2016 and the end of 2020, according to government watchdog group Citizens for Responsibility and Ethics in Washington (CREW).

They claim to have analyzed the couple’s financial disclosures from during former president Mr. Trump’s time in office.

Ivanka and Jared did not take a public income while working in the White House and reportedly said they would take a step back from daily operations at their companies.

But despite that Ivanka’s ownership stake in Washington DC’s Trump Hotel – described as a ‘locus of influence peddling in the Trump administration’ – has earned her more than $13 million since 2017, the group claims.

She also made up to $1 million from her namesake brand a year after she filed a disclosure with the government that its operations ceased in 2018, CREW found.

Their analysis also outlines how her applications for foreign trademarks ‘may have been her biggest accomplishment’ while her father was in office.

CREW said Russia renewed two trademarks for Ms Trump’s business a month after her father was elected in 2016.

She won preliminary approval for three Chinese trademarks after meeting Chinese President Xi Jinping at her father’s Mar-a-Lago resort in 2017. The move was the first of more than 20 approvals for trademark registrations with foreign governments while Mr Trump was president.

In October 2018, three months after Ivanka announced that her brand had shut down, she received 16 trademarks from the Chinese government, including for voting machines.

Mr Kushner did not give up his stake in real estate investment platform Cadre, co-owned by his brother Joshua, despite his wife’s role in the administration’s Opportunity Zones programme from which Cadre benefited.

At the beginning of the Trump administration, Mr Kushner’s stake in Cade was initially valued between $5 million and $25 million, according to CREW.

The couple made at least $24 million during the final year of the administration, according documents seen by CREW. A list of the couple’s future interests include golf courses in Bali and Dubai and hotel construction in New York.