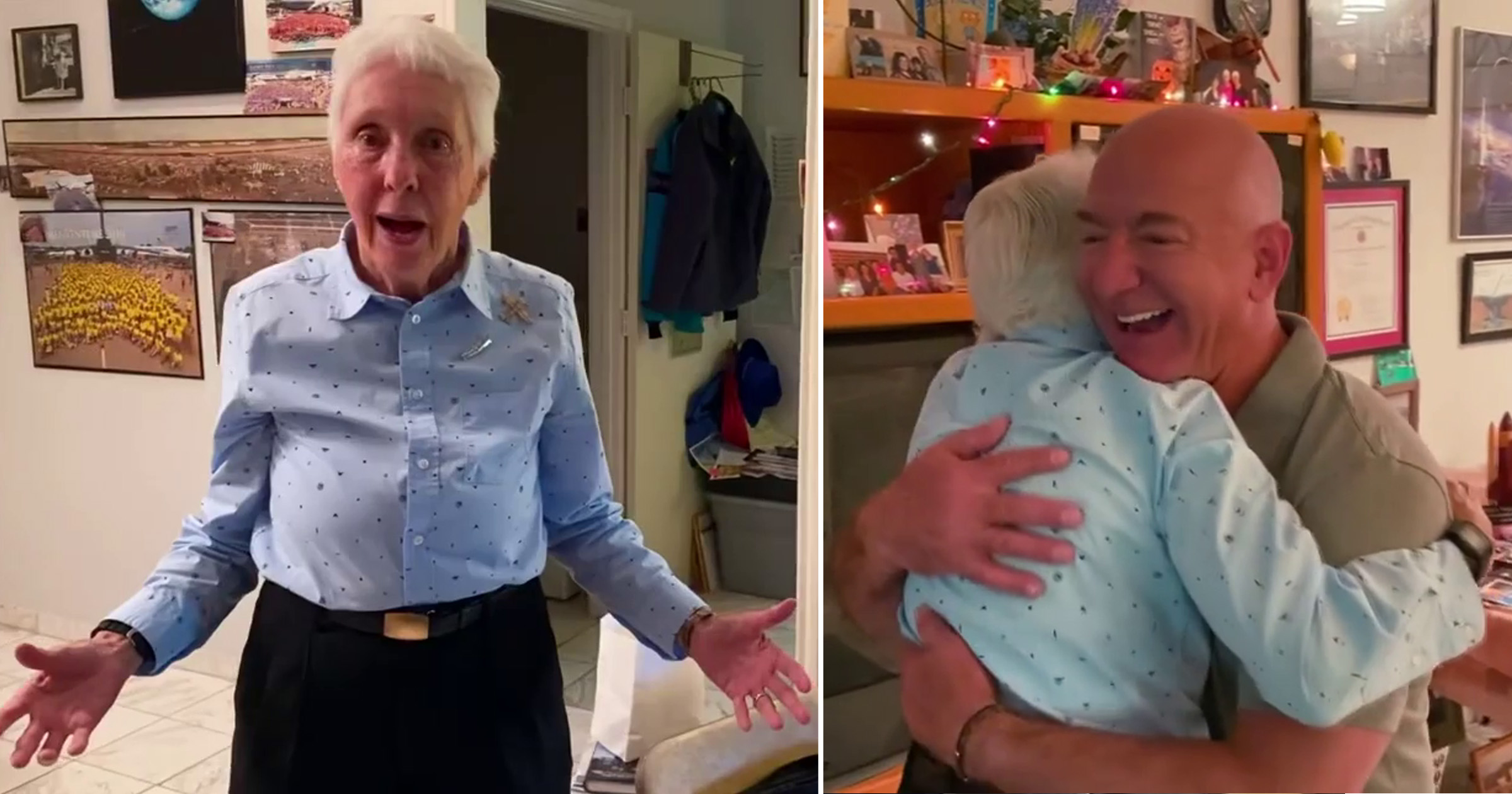 Amazon boss Jeff Bezos has asked an 82-year-old woman to travel into space with him later this month.

Wally Funk will join Bezos and his brother Mark onboard the first human flight in one of the multi-billionaire’s space company’s rockets, on July 20.

In 1961 Funk, 82, was a part of the ‘Mercury 13’ Woman in Space Program and despite completing her training as an astronaut, never got to travel into space.

She will occupy the third and final seat onboard the Blue Origin rocket when it leaves earth’s atmosphere and travels into space in less than three weeks time.

In June Bezos opened bidding for an auction for the final seat on the spaceship which included nearly 6,000 participants from 143 countries.

It’s unclear if Funk won the auction or has been hand-picked by Bezos himself.