The will Jeffrey Epstein signed two days before he killed himself in his New York prison cell put more than $577m (£476m) of his assets into a secret trust fund, it has emerged.

The discovery of the newly created 1953 Trust, named after the year of his birth, has led some to question whether he did it to keep the money from the many women who claim he sexually abused them when they were teenagers.

Court papers filed last week in the US Virgin Islands list no details of beneficiaries, but that does not mean none exist. His only known relative is his brother, Mark Epstein. 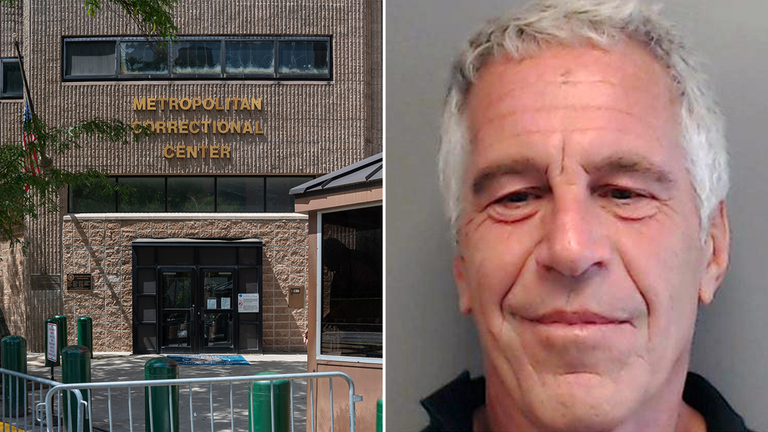 A trust is secret, not open to the public and is administered by trustees.

It opens a new legal front in what estate lawyers and other experts say could be a years-long battle for his alleged victims over the disgraced financier’s fortune.

“This is the last act of Epstein’s manipulation of the system, even in death,” said Jennifer Freeman, a lawyer who represents child sex abuse victims.

Epstein was a registered sex offender after pleading guilty in 2008 to Florida state charges of unlawfully paying a teenage girl for sex.

He was found dead inside his cell at the Metropolitan Correctional Centre in Manhattan on 10 August where he had been awaiting trial on federal sex trafficking and conspiracy charges.

He had apparently just been removed from “suicide watch” after attempting to take his own life weeks before.

The 66-year-old was facing a 45-year sentence if convicted of multiple counts of sexually abusing under-age girls.

Several lawyers have vowed to go after his assets even if the will has named beneficiaries, as there will now be no trial on the criminal charges against him.

“Wealthy people typically attempt to hide assets in trusts or other legal schemes. I believe the court and his administrators will want to do right by Epstein’s victims, and if not, we will fight for the justice that is long overdue to them,” said Lisa Bloom, one of the lawyers.

She said it was “gross negligence” on the part of Epstein’s lawyers and jail staff to allow him to sign a new will, given that he had apparently attempted suicide a short time before.

Ms Bloom said a will is “a classic sign of impending suicide for a prisoner”.

The assets listed in the 20-page document include more than $56m (£46m) in cash; properties in New York, Florida, Paris, New Mexico and the Virgin Islands; $18.5m (£15.2m) in vehicles, aircraft and boats; and art and other collectables that are all subject to appraisal and valuation.

The US government could seek civil forfeiture of Epstein’s properties and assets on the grounds they were used for criminal purposes.

Lawyers would have to produce strong evidence at a court hearing, but if successful the assets could be seized, sold and the proceeds distributed to victims.