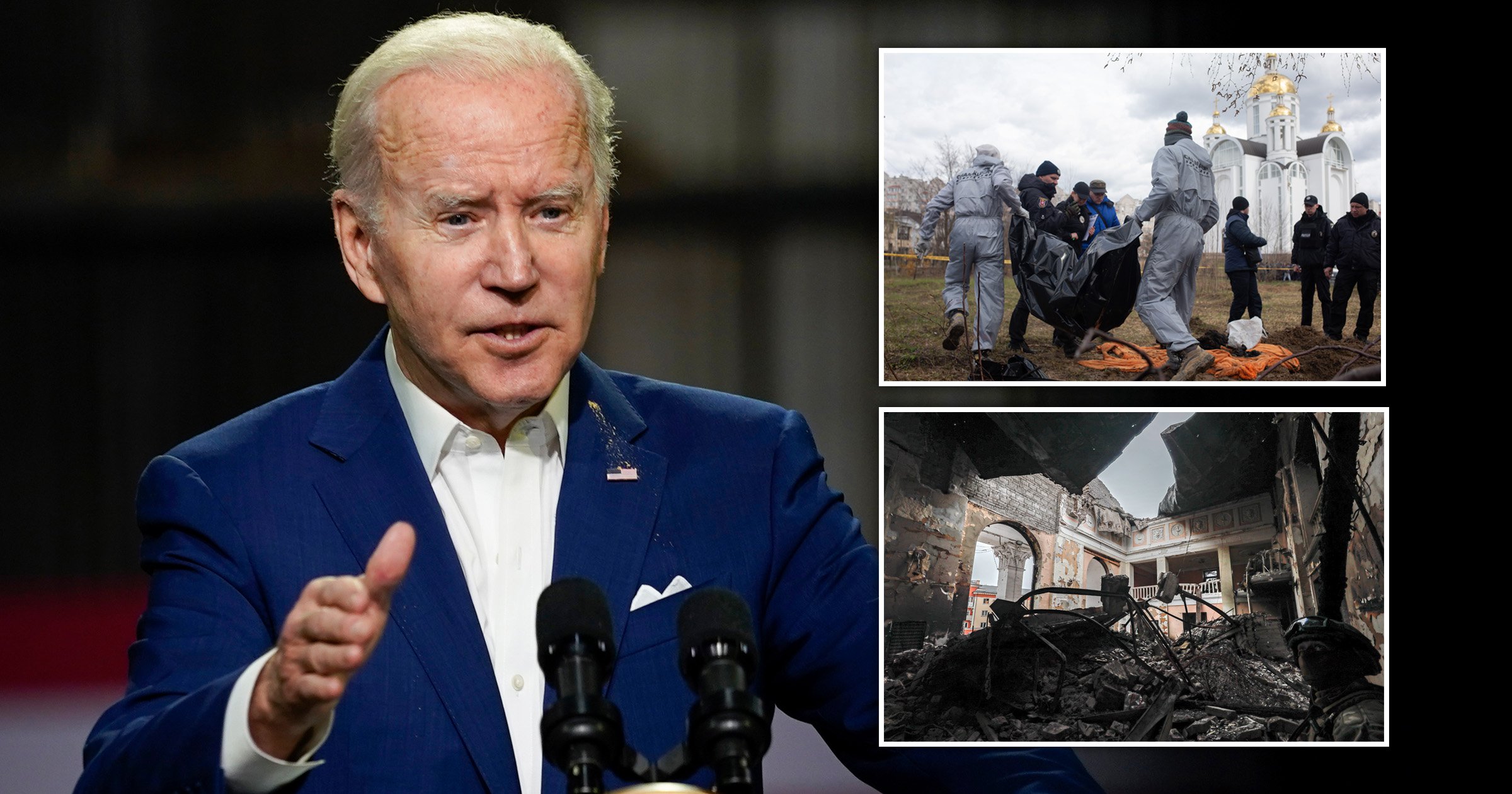 President Joe Biden has accused Russian President Vladimir Putin of committing ‘genocide’ in Ukraine, after previously stopping short of calling the Bucha killings by that term.

Speaking from Iowa on Tuesday afternoon, Biden called the atrocities in the Ukrainian city a genocide owed to a dictator that was an apparent reference to Putin.

‘Your family budget, your ability to fill up your tank, none of it should hinge on whether a dictator declares war and commits genocide half a world away,’ Biden said in his remarks on combating gas price hikes and inflation.

Biden had refrained from calling the Bucha atrocities a genocide when reporters asked him on April 5.

National Security Adviser Jake Sullivan at the time also said the killings did not rise to the level of what the US government defines as a genocide.

‘Based on what we have seen so far, we have seen atrocities, we have seen war crimes. We have not yet seen a level of systematic deprivation of life of the Ukrainian people to rise to the level of genocide,’ Sullivan said. ‘But, again, that’s something we will continue to monitor.’

The US’s official definition of genocide is ‘an act against members of a national, ethnic, racial or religious group with the intent to destroy, in whole or in part’.

‘You may remember I was criticized for calling Putin a war criminal. Well, the truth of the matter, you saw what happened in Bucha,’ Biden said. ‘This warrants him – he is a war criminal.’