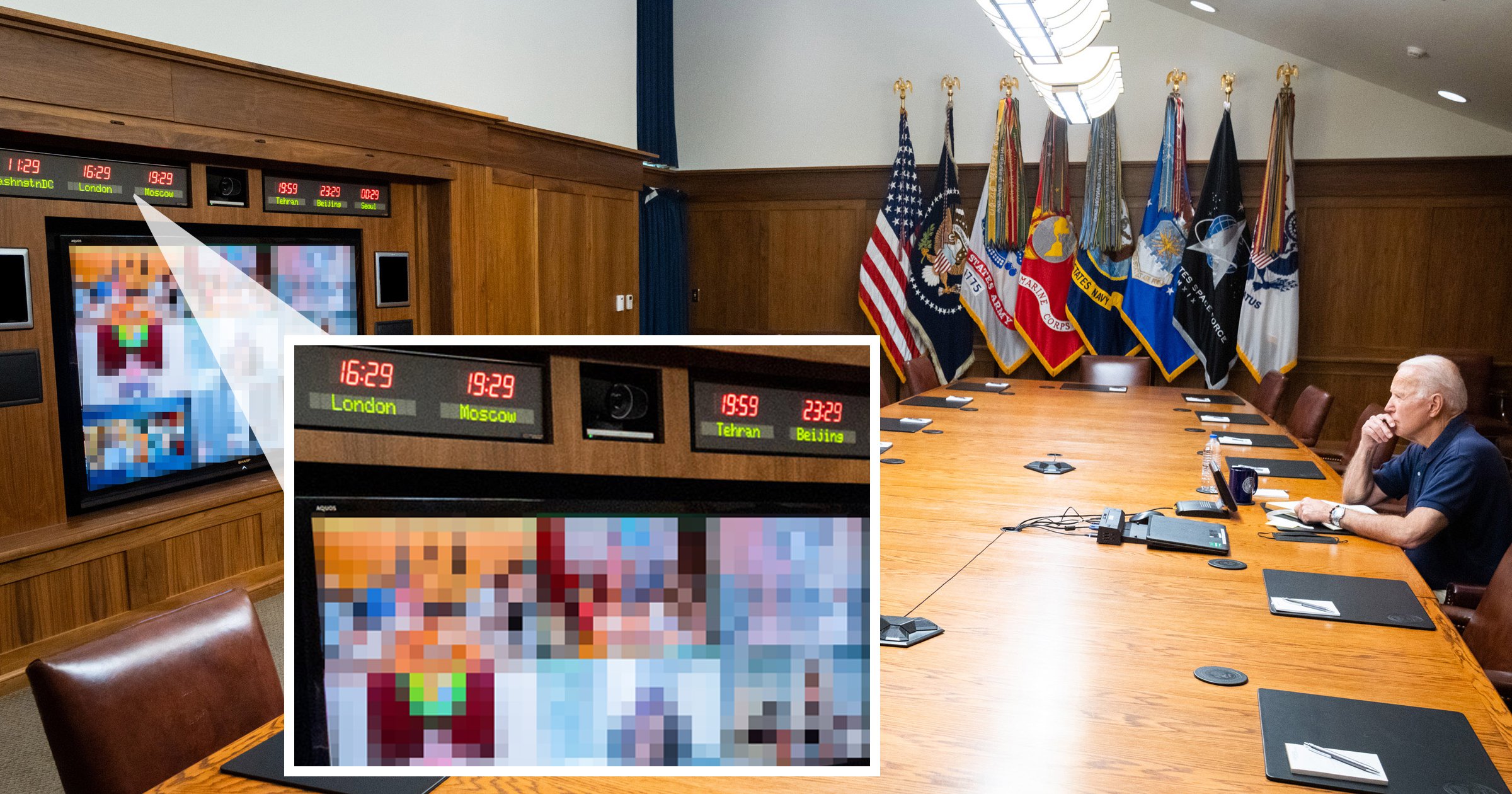 An image of President Joe Biden’s situation room amid the Afghanistan collapse shows the wrong time difference between London and Moscow. The discrepancy set off numerous conspiracy theories questioning the authenticity of the photo.

The White House shared the picture of Biden in a virtual meeting with leading security officials on Sunday, the same day that Afghan President Ashraf Ghani fled his country to ‘prevent a flood of bloodshed’ as the Taliban stormed Kabul.

In the photo, the time in Washington, DC, is 11.29am, while the time in London is 4.29pm and in Moscow it is 7.29pm. The three-hour time difference between London and Moscow is incorrect because there has been only a two-hour difference since clocks in the UK went forward in March.

‘Real question. Why is Moscow time wrong in this photo?’ Epshteyn tweeted. ‘Time difference between London and Moscow is only 2 hours, it hasn’t been 3 hours since March…’

Some Twitter users thought the photo was not taken on Sunday, when the Taliban declared victory in Afghanistan, but rather in March before the time difference or before that.

‘At some point its impossible to manage all the lies and deceptions without a slip up every once in a while,’ a Twitter user wrote. ‘Nice catch.’

Another Twitter user said: ‘It’s not that the clock is wrong… that’s very unlikely. It’s that the tweet says they were meeting today, but shows a pic from a few months ago.’

One Twitter user commented that perhaps it was ‘a stock photo meant to convey what is happening without actually revealing too much’.

A more critical Twitter user called it a ‘fake meeting’.

However, some opined that the White House had forgotten to adjust the clocks after the time change.

‘Everyone has a clock that never gets reset when daylight saving changes, looks like the WH is the same,’ a Twitter user said.

Another Twitter user criticized Epshteyn for pointing out the detail.

‘Seriously? You guys are beyond desperate now. Next you’ll be tweeting about the colour of Biden’s socks not matching his tie,’ the Twitter user wrote.