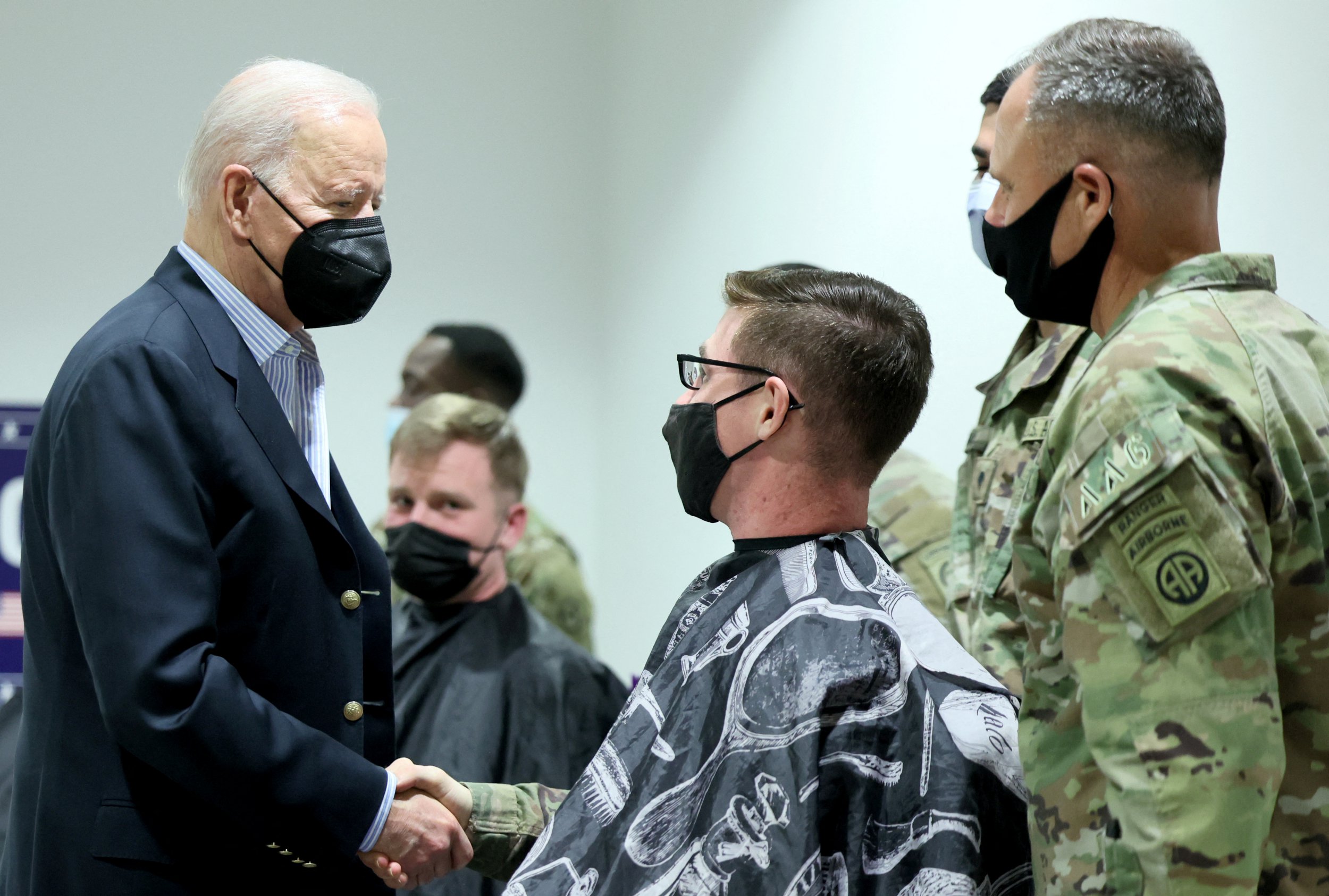 Upon his arrival, Biden met with US service members from the 82nd Airborne Division, who he hailed as the ‘finest fighting force in the history of the world.’

The US has 10,500 troops currently stationed in Poland, according to Jake Sullivan, Biden’s national security adviser. The President met troops in a barbershop and joined them for pizza after.

After his meeting with troops Biden was briefed on the humanitarian response to the suffering of civilians inside Ukraine and the 3.6 million who have fled to neighboring countries, with over 2.1 million seeking refuge in Poland.

Biden then met with Polish President Andrzej Duda and USAID administrator Samantha Power to discuss the humanitarian crisis. He will reportedly have the opportunity to meet with Ukrainians who have fled their homes.

‘He will also have the opportunity to meet with Ukrainian refugees, and with American humanitarians who are there trying to help feed and respond to the material needs of the refugee population in Warsaw,’ Sullivan said of Biden’s schedule following his meeting with the Polish president.

The president will then fly to Warsaw ahead of ahead of a bilateral meeting Saturday with President Duda.

The visit follows Biden’s meetings Thursday in Brussels, where he attended several summits with leaders of NATO, G-7 and European Union nations. Western allies announced new sanctions on Moscow and Biden shared that the US would donate $1 billion of humanitarian aid to Ukraine and welcome 100,000 refugees into the US.