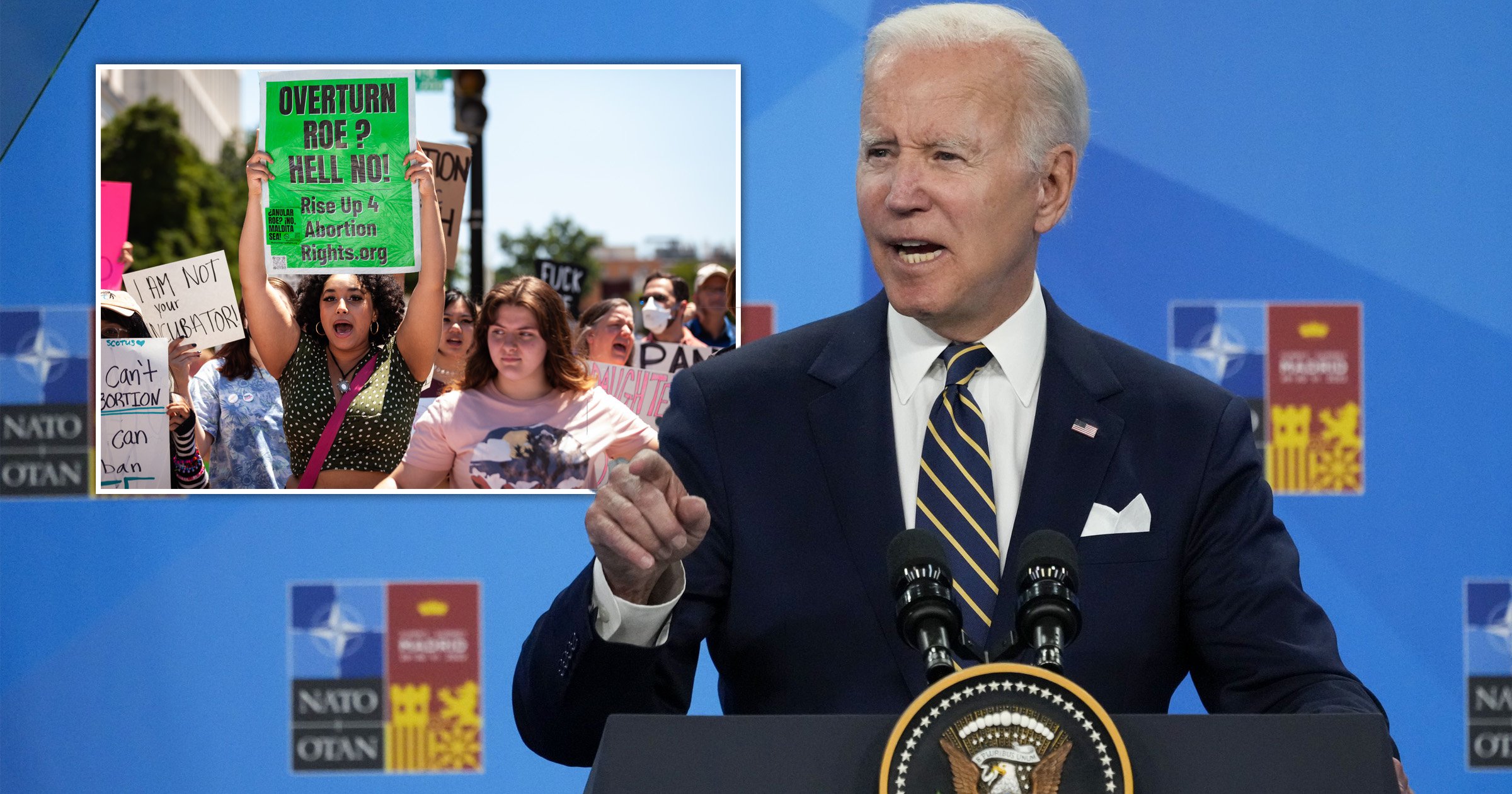 President Joe Biden said Thursday that he would support making an exception to the Senate’s filibuster, the 60-vote threshold to pass laws, in order to codify Roe v Wade.

Nearly a week after the Supreme Court ended the protection for people to seek legal abortions, Biden was asked during a NATO summit what executive action he would use to strengthen abortion rights.

‘The most important thing… we have to change, I believe, we have to codify Roe v Wade in the law, and the way to do that is to make sure the Congress votes to do that,’ Biden said.

Biden shared the idea after he was asked during a press conference in Madrid, Spain if he would declare a public health emergency in response to the Supreme Court’s ruling overturning the 1973 landmark decision.

The Senate’s filibuster requires 60 votes to move to a final vote on most pieces of legislation. More progressive Democrats like Bernie Sanders have advocated for the elimination of the rule in order to progress Biden’s agenda.

While getting all 50 Democrats on board to change the filibuster is unlikely, getting rid of the rule would make it possible for abortion rights to be codified into law with a majority vote.

In his remarks, Biden clarified that he believes the right to privacy overall should be codified into law, which would not only protect abortion rights on the federal level, but would protect same-sex marriage and access to contraceptives.

In January, Biden said he supported ending the filibuster to allow passage of federal voting rights legislation, though his call for action never gained traction.

To eliminate the filibuster, Biden would need all 50 Democrats to support the measure, which would be a tough sell to more moderate Democrats Senators Joe Manchin and Krysten Sinema, who have previously expressed concerns about changing the rule.