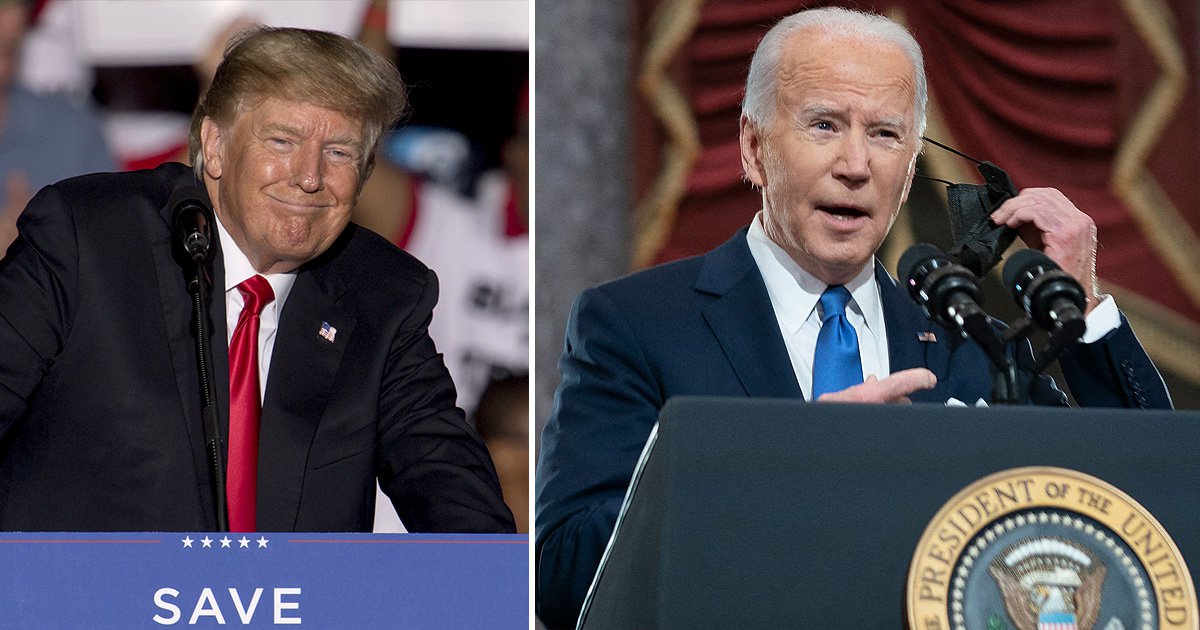 In his remarks on the first anniversary of the January 6 Capitol riot, President Joe Biden slammed his predecessor Donald Trump, saying ‘his bruised ego matters more to him than our democracy and our Constitution’.

Speaking from the US Capitol, the site of a deadly insurrection exactly a year ago, Biden cast Trump as selfish and uncaring of what is best for America.

‘The former president… has spread, crated and spread a web of lies about the 2020 election,’ Biden said on Thursday morning. ‘He’s done so because he values power over principle, because he sees his own interests as more important than his country’s interests and America’s interests.’

Biden continued that Trump ‘can’t accept he lost’, even though his own attorney general, vice president, 93 Senators and state governments said so.

Biden added that no president in US history has refused to accept the results of an election.

Five police officers were rushed to hospital with ‘serious injuries and broken bones’ after clashing with protesters outside the Iranian Embassy in London last night.…