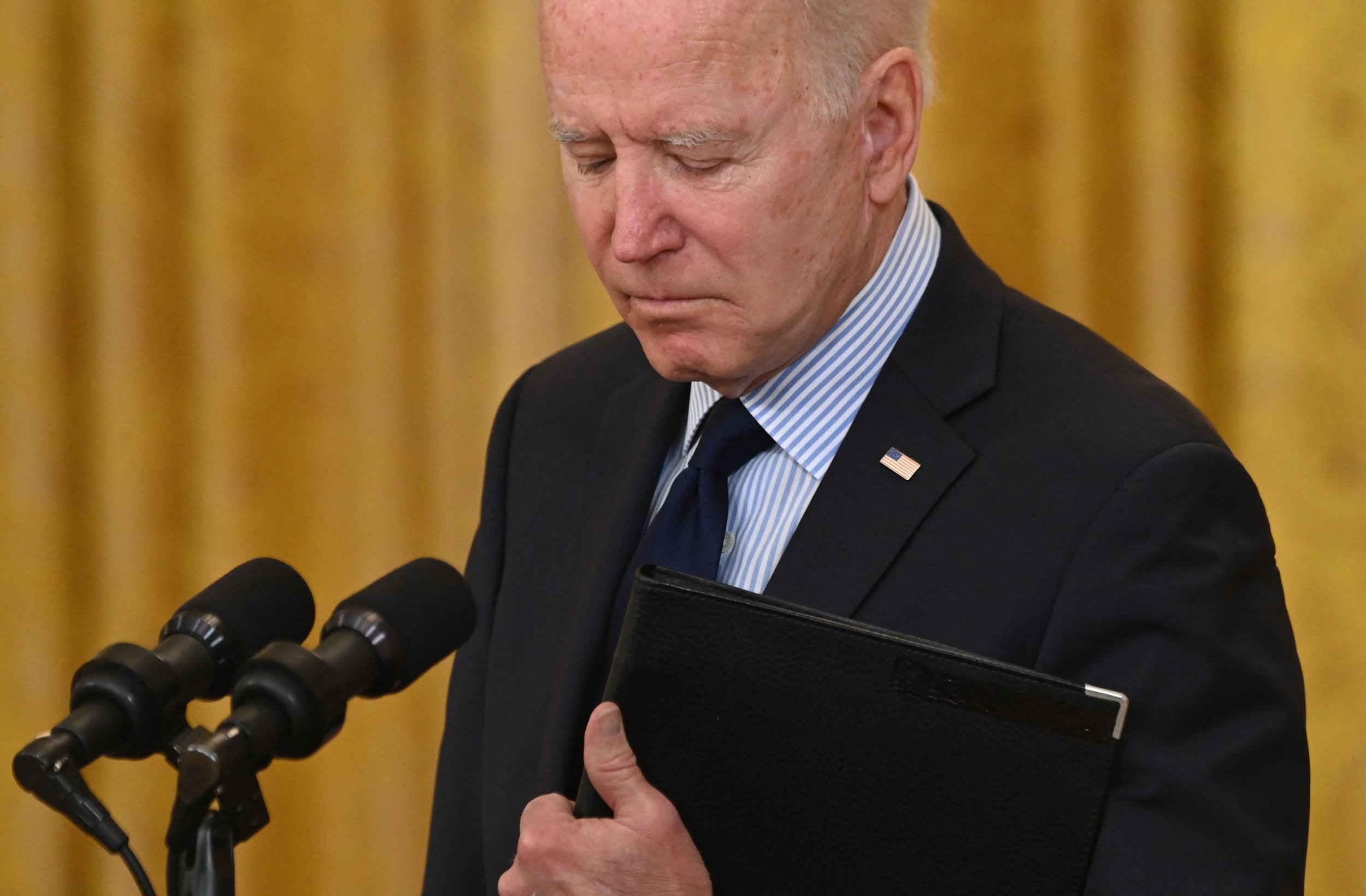 President Joe Biden downplayed a disappointing April jobs report that revealed the US fell woefully short of the 1million jobs that were projected to be added.

The jobs report showed that only 266,000 jobs were added last month, while many economists expected the growth to be close to 1million. In addition, the unemployment rate rose slightly to 6.1%, according to the Labor Department.

Speaking from the White House on Friday afternoon, Biden countered analyses around the growth slowdown and said his American Rescue Plan is necessary to continue the country’s recovery.

The president continued: ‘Listening to commentators today as I was getting dressed, you might think that we should be disappointed but when we passed the American Rescue Plan, it was designed to help us over the course of a year, not 60 days, a year. We never thought that after 50 to 60 days that we would be fine.’

But Republicans are blaming the lackluster job growth on Biden’s coronavirus relief benefits including enhanced $300 weekly unemployment payments, saying they disincentive Americans from returning to work.

‘We have flooded the zone with checks that I’m sure everybody loves to get, and also enhanced unemployment,’ Senate Minority Leader Mitch McConnell, a Republican from Kentucky, said on Thursday. ‘And what I hear from businesspeople, hospitals, educators, everybody across the state all week is, regretfully, it’s actually more lucrative for many Kentuckians and Americans to not work than work.’

‘Why is anyone surprised that the jobs reports fell short of expectations?’ Rubio wrote. ‘I told you weeks ago that in Florida I hear from small business everyday that they can’t hire people because the government is paying them to not go back to work.’