President Joe Biden endured an awkward moment with lawmakers ignoring him and flocking to ex-President Barack Obama, who returned to the White House for the first time since terming out.

In a video that went viral on Tuesday after the 44th and 46th presidents celebrated Obama’s signature healthcare legislation, Biden could be seen walking in a direction by himself. As House Speaker Nancy Pelosi and other lawmakers went to Obama, Biden appeared to throw his hands up in confusion before turning around and looking in Obama’s direction.

The Republican National Committee’s Research Twitter account, among others, posted clips and characterized them as showing Biden’s unpopularity.

‘Literally no one wants to talk to Joe Biden,’ RNC Research tweeted.

The account also shared a video showing Obama talking and shaking hands, with Vice President Kamala Harris and others cheerfully engaging. Biden appeared to put his hand on Obama’s shoulder, but Obama ignored him and walked farther away.

‘This is so sad,’ RNC Research tweeted.

Biden served as vice president under Obama from 2009 to 2017. As Biden’s approval rating remains dismal, lawmakers gave Obama a warm welcome to the White House in his first visit in five years.

The duo’s reunion event for the anniversary of the Affordable Care Act, commonly referred to as Obamacare, began with Obama calling Biden ‘vice president’. 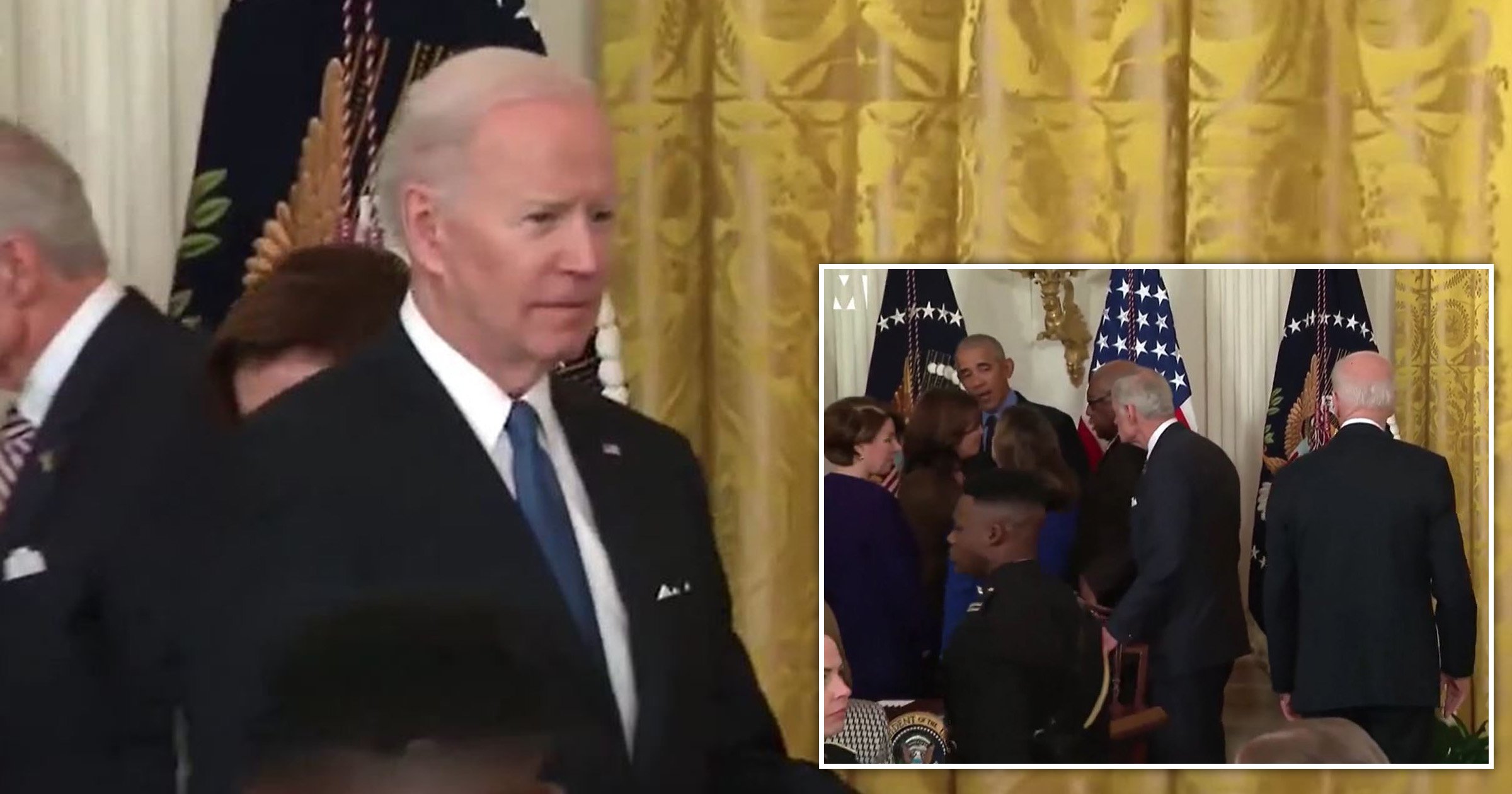 ‘That was a joke,’ said Obama, and then gave Biden a hug.

‘That was all set up. My president, Joe Biden.’

Speaking at the podium later, Biden went along with the joke.

‘My name is Joe Biden and I am Barack Obama’s vice president,’ he said.

Always great catching up with @POTUS. Thanks for all youâre doing to help even more Americans get access to quality, affordable health care. https://t.co/vDYBIxjIy9

On Tuesday night after videos of appearing ignored Biden went viral, Obama shared a photo of them together and expressed gratitude and support to the president.

‘Always great catching up with @POTUS,’ Obama wrote. ‘Thanks for all you’re doing to help even more Americans get access to quality, affordable healthcare.’