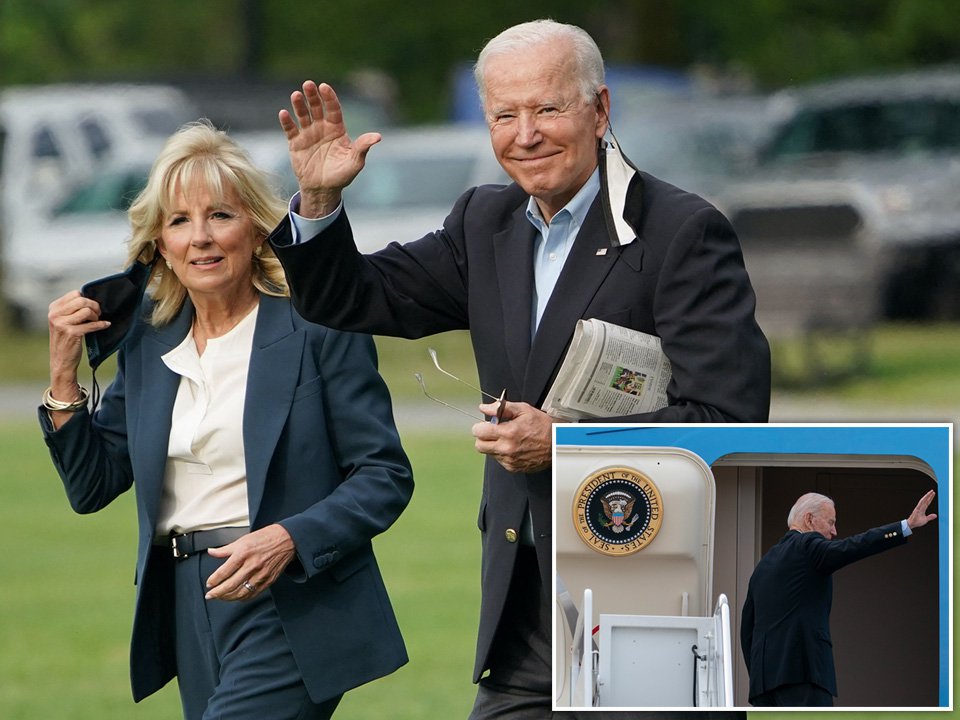 President Joe Biden and First Lady Jill Biden left the White House on Wednesday morning en route to the UK for the start of the first overseas trip of his presidency.

Before stepping aboard Air Force One at Joint Base Andrews in Maryland, Biden told reporters that his trip would show that the US and Europe are ‘tight’. Biden is stopping in the UK where the Group of Seven are meeting, before traveling again for talks with NATO leaders and Russian President Vladimir Putin.

The president will participate in a Group of Seven meeting in Cornwall in the coming days. Leaders are expected to discuss vaccine diplomacy, climate, trade and rebuilding infrastructure in developing countries. 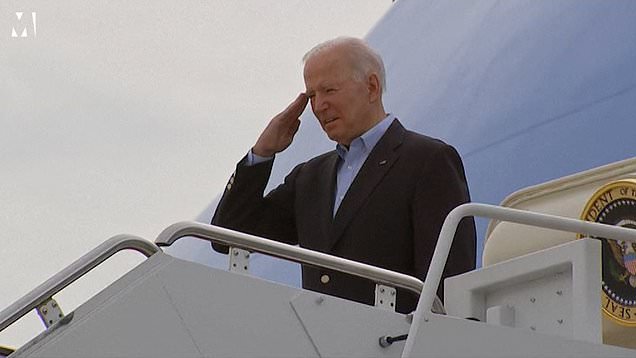 Biden will then attend a NATO summit in Belgium and meet Russian President Vladimir Putin in Geneva next Wednesday, which will be the end of his trip.

Biden told reporters on Wednesday that the purpose of his trip is ‘strengthening the alliance’ and that it would ‘make it clear to Putin and China that Europe and the United States are tight and the G-7 is gonna move’.

Asked whether he had a strategy to share coronavirus vaccines globally, Biden replied: ‘I have one, and I’ll be announcing it’.

Biden was also asked if he would address cyberattacks in the US with Putin, in light of the Colonial Pipeline breach last month traced to a hacking group believed to be based in Russia. Biden said, ‘Who knows?’ and then said it would indeed be part of the conversation.

Before answering reporters’ questions, Biden told them to ‘watch out for the cicadas’ and shared that one of the winged insects ‘got me’ as he walked from Marine One to Air Force One.

Cicadas flew into the engine of a press plane with dozens of journalists that was set to take off to Europe at 9pm local time on Tuesday. A new plane was sent from New York to Washington, DC, along with a new pilot from Cleveland. The journalists were grounded until 2.15am.

A White House advisory stated that Biden’s trip ‘will highlight America’s commitment to rallying the world’s democracies, coming together to shape the rules of the road for the 21st century, defend our values, and tackle the world’s biggest challenges’.