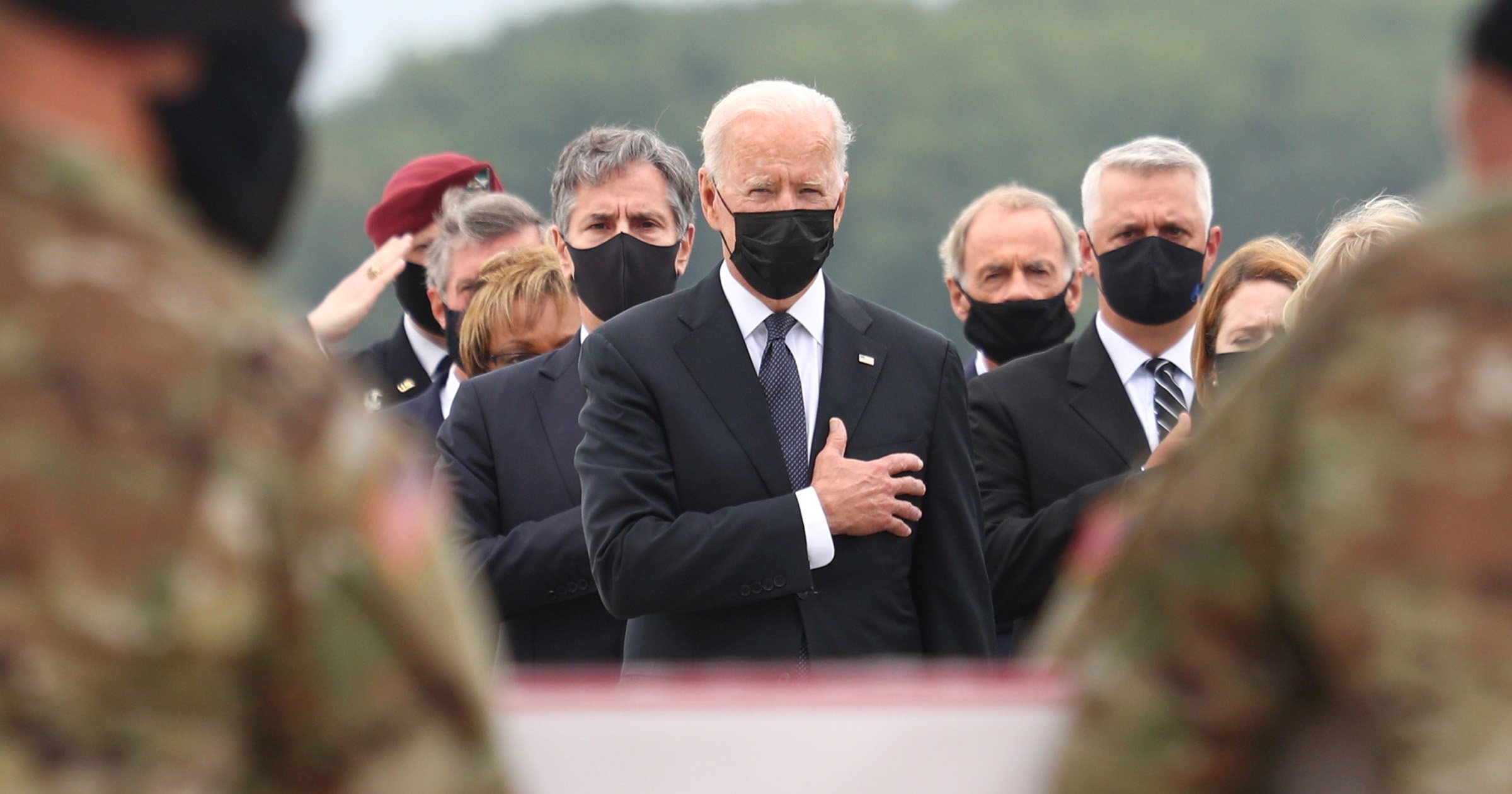 President Joe Biden honored the lives of the 13 servicemembers killed exactly a year ago at the Hamid Karzai Airport during the pullout of US troops from Afghanistan.

The attack happened around 7.30pm on August 26, 2021, at the Abbey Gate entrance to the Hamid Karzai Airport in Kabul.

‘They were heroes, working to save lives as part of the largest airlift evacuation operation in our history,’ stated Biden on Friday morning. ‘The example of their bravery and selflessness will live forever as a testament to the very best of our American character.’

More than 100 Afghan citizens were also killed in the bombing.

The Islamic State – Khorasan Province (ISIS-K) claimed responsibility for the deadly attack. The militant group has conducted several high profile attacks against civilians throughout Afghanistan and Pakistan, and the Taliban also consider ISIS-K to be their enemies.

The bombing happened only weeks before the 20th anniversary of the 9/11 terrorist attacks, which were the worst in US history.

Biden stated that the US will continue its efforts to combat terrorism abroad without maintaining the occupation of Afghanistan.

‘My administration will continue to hunt down terrorists who seek to harm the United States, wherever they may be,’ Biden said.

He cited the recent assassination of al-Qaeda leader Ayman al-Zahrawi on August 1 as proof that this approach was working.

The 13 servicemembers killed on August 26, 2021, at Hamid Karzai Airport

The US Marine Corp (USMC) also commemorated the attack’s anniversary. Eleven of the 13 soldiers killed in the attack were Marines.

The USMC called the attack ‘dishonorable’ and praised the soldiers’ ‘stoicism and resolve’ amid the mayhem of the pullout.

‘In the midst of chaos and bloodshed, they deployed to Hamid Karzai International Airport and acted with the courage, selflessness, and professionalism indelibly ascribed to the term “Marine,”’ they stated.

The Marine Corp called their soldiers actions in Afghanistan ‘an honored chapter’ in the branch’s legacy.

‘The “Afghanistan Marine” will forever be known as a relentless, tough, adaptable, and austere warrior,’ they added.