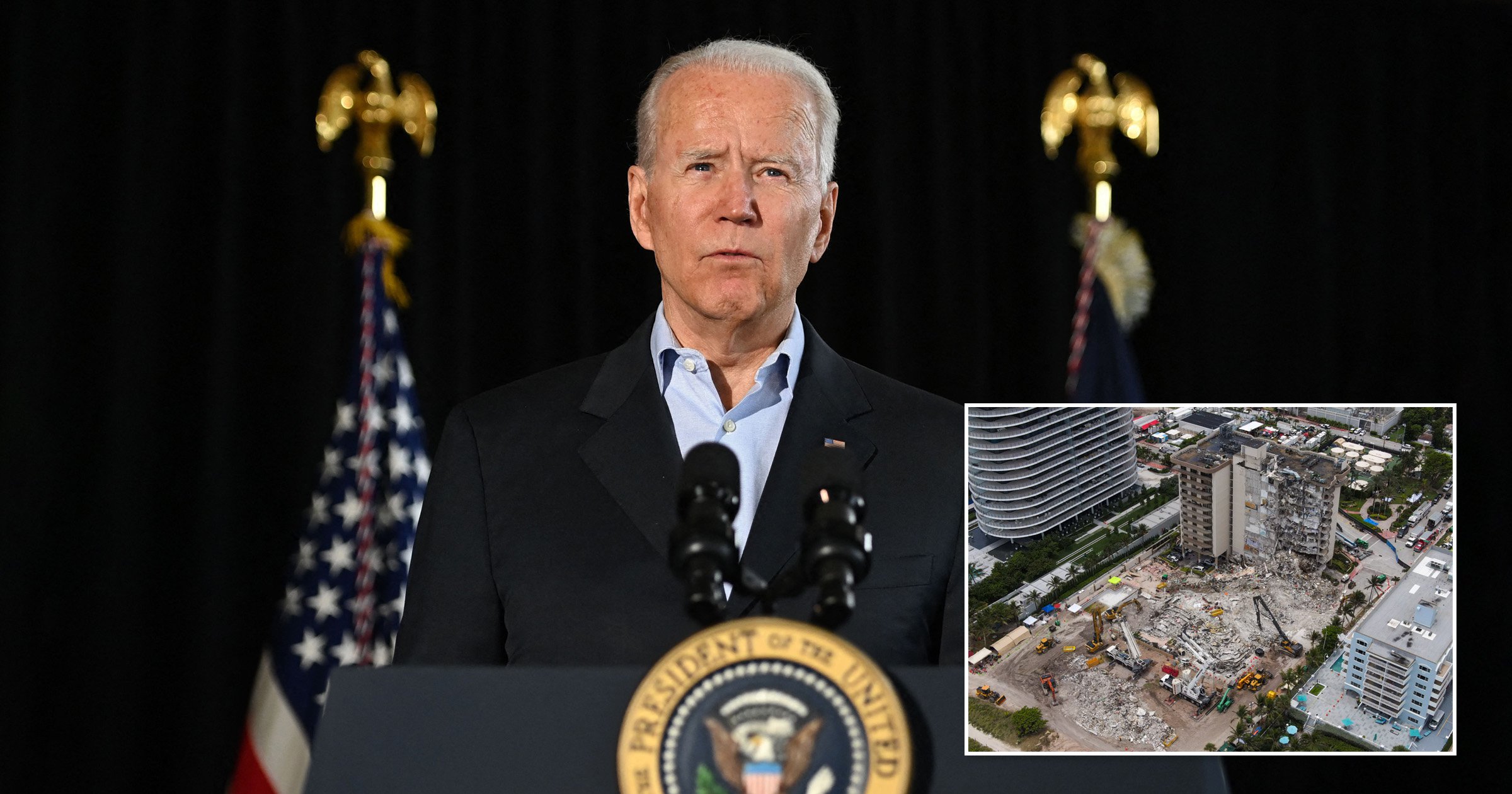 Former President Joe Biden after spending the day at the Miami-area building collapse site said that victim’s families are ‘very realistic’ about the dwindling chances of any survivors but that search and rescue efforts should continue.

Biden during a briefing on Thursday afternoon said he met with every family that wanted to speak with him and that he saw how important it was to them to recover at least their loved ones’ bodies.

‘They know that the chances as each day goes by diminish slightly,’ Biden said. ‘But at minimum, at minimum, they want to recover the bodies. There’s a lot of very religious people’.

Biden noted that many of the family members were part of the Jewish community or from South America and Latin America.

‘I think they were very realistic,’ Biden said, responding to a reporter’s question. ‘But I don’t think that in any way suggests that we should stop. I think we should move on, continue to recover the bodies.’

Crews suspended search efforts for survivors of the Champlain Towers South partial collapse on Thursday morning over concerns that the remainder of the condo would crumble. The pause came a week after part of the building fell, and as the death toll reached 18 people and 145 remained unaccounted for.

The president and First Lady Jill Biden arrived in Surfside, Florida, on Thursday morning and received a briefing from local officials. They then met with first responders and spent hours speaking with victims’ families in a hotel ballroom.

This is a developing story, keep checking for more updates...