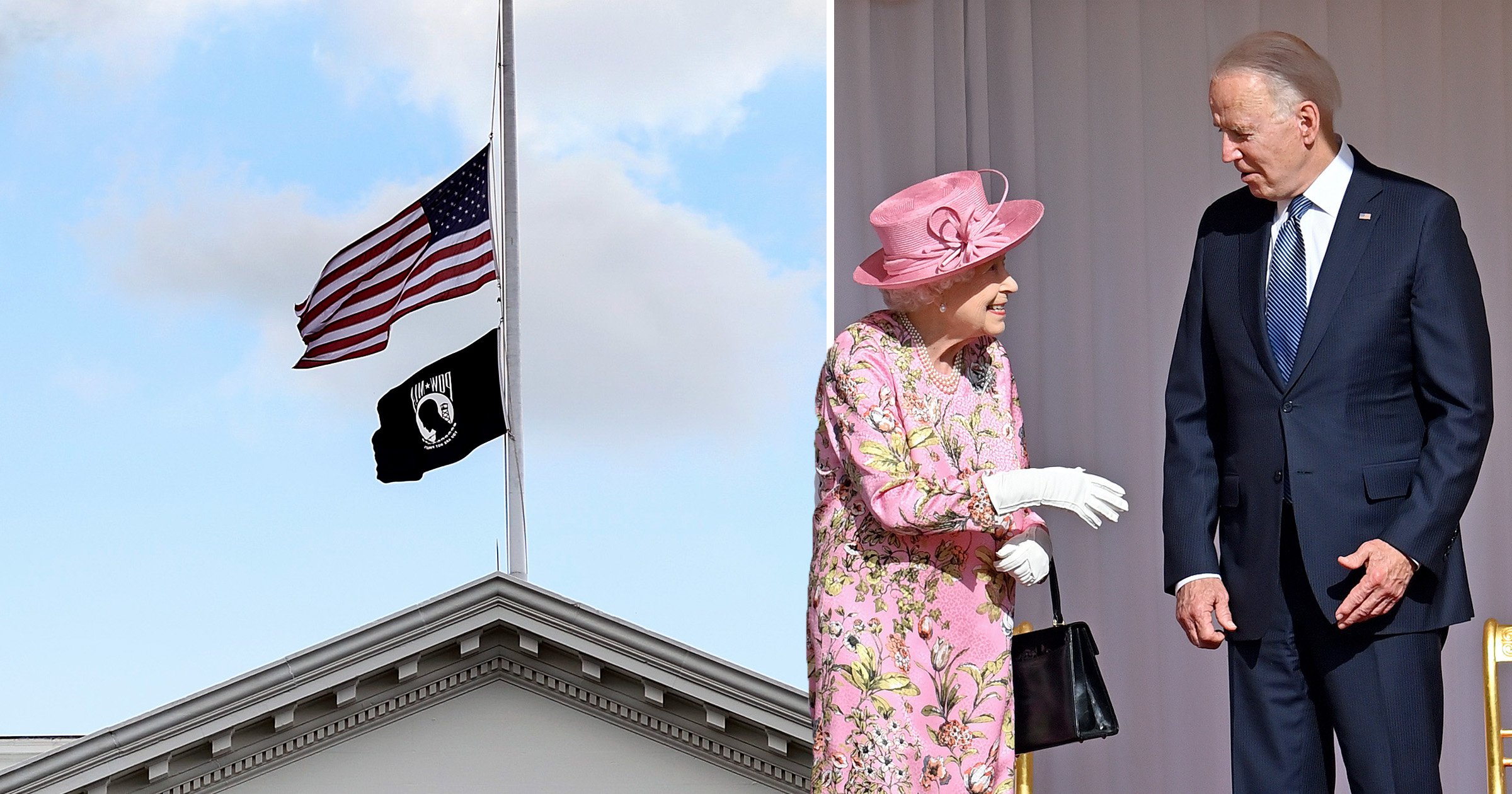 President Joe Biden has ordered American flags at the White House and throughout the US to be lowered to half staff until Queen Elizabeth II’s funeral.

Biden in a lengthy statement on Thursday after the Queen died aged 96 stated, ‘Her Majesty Queen Elizabeth II was more than a monarch. She defined an era’.

He also signed a proclamation for flags to be flown at half mast ‘upon all public buildings and grounds, at all military posts and naval stations… throughout the United States and its Territories and possessions until sunset, on the day of internment.’

Biden signed the order ‘as a mark of respect for the memory of Queen Elizabeth’ and to honor her decades of service, the proclamation states.

‘Queen Elizabeth II led always with grace, an unwavering commitment to duty, and the incomparable power of her example,’ it reads. ‘She was a stateswoman of unmatched dignity and constancy who deepened the bedrock Alliance between the United Kingdom and the United States.’