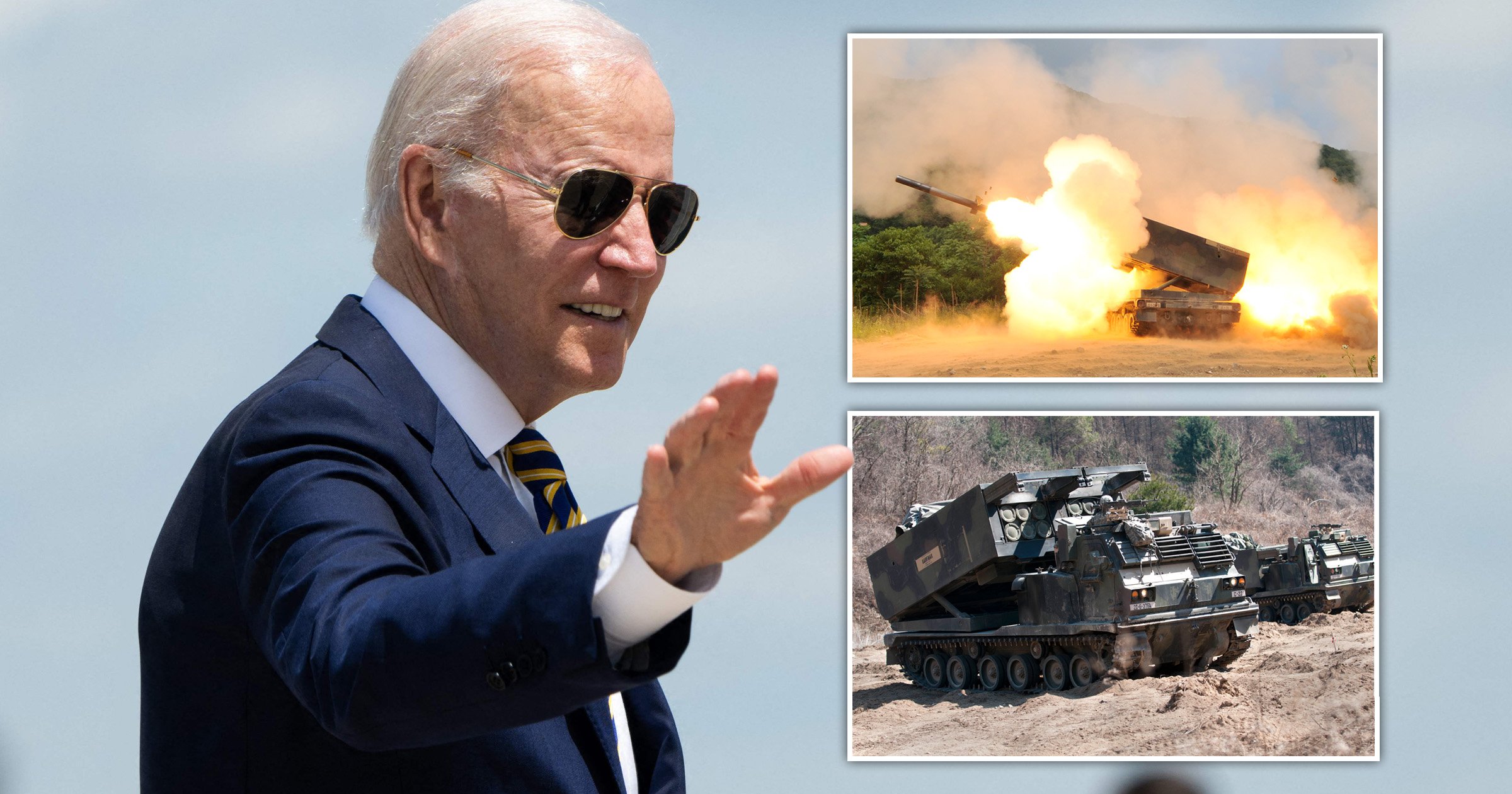 President Joe Biden on Monday said that the US would not send rocket systems to Ukraine that could potentially reach Russia, as Ukraine seeks longer-range weapons to aid in its fight.

Ukrainian officials have been asking allies for longer-range weapons, like the Multiple Launch Rocket System (MLRS), which can fire rockets up to hundreds of miles away.

‘We’re not going to send to Ukraine rocket systems that strike into Russia,’ Biden said to reporters outside the White House.

The Washington Post reported on Friday that the administration was thinking of sending the MLRS and another system, the High Mobility Artillery Rocket System (HIMARS), as part of a future military aid package. The move would allow Ukraine to launch rockets much further than they can currently.

The rocket system has been a top ask from Ukrainian officials, according to the Post. Ukraine says it is needed to stop Russian advances on the city of Lyman.

The Biden administration wants to help Ukraine defend itself but has opposed providing weapons that could be used to attack Russia and further escalate the conflict. Officials in Russia have warned that any country providing advanced weaponry to Ukraine will face repercussions.

According to the Post, the US government is comfortable sending the rocket system to Ukraine, but hopes to manage the escalation risk by not sending the longest range rockets.

Typical rockets fired by these systems have a range of about 43 miles Specialized rockets can strike further, however, at distances up to 186 miles.

Ukraine’s forces are currently using US-delivered M777 howitzers, which have a range of about 18 miles.

Thousands of people have been killed in Ukraine and millions have been forced to take refuge elsewhere since the Russian invasion on February 24. Despite a flood of arms from western allies to Ukraine, Russian forces maintain an advance in weaponry.