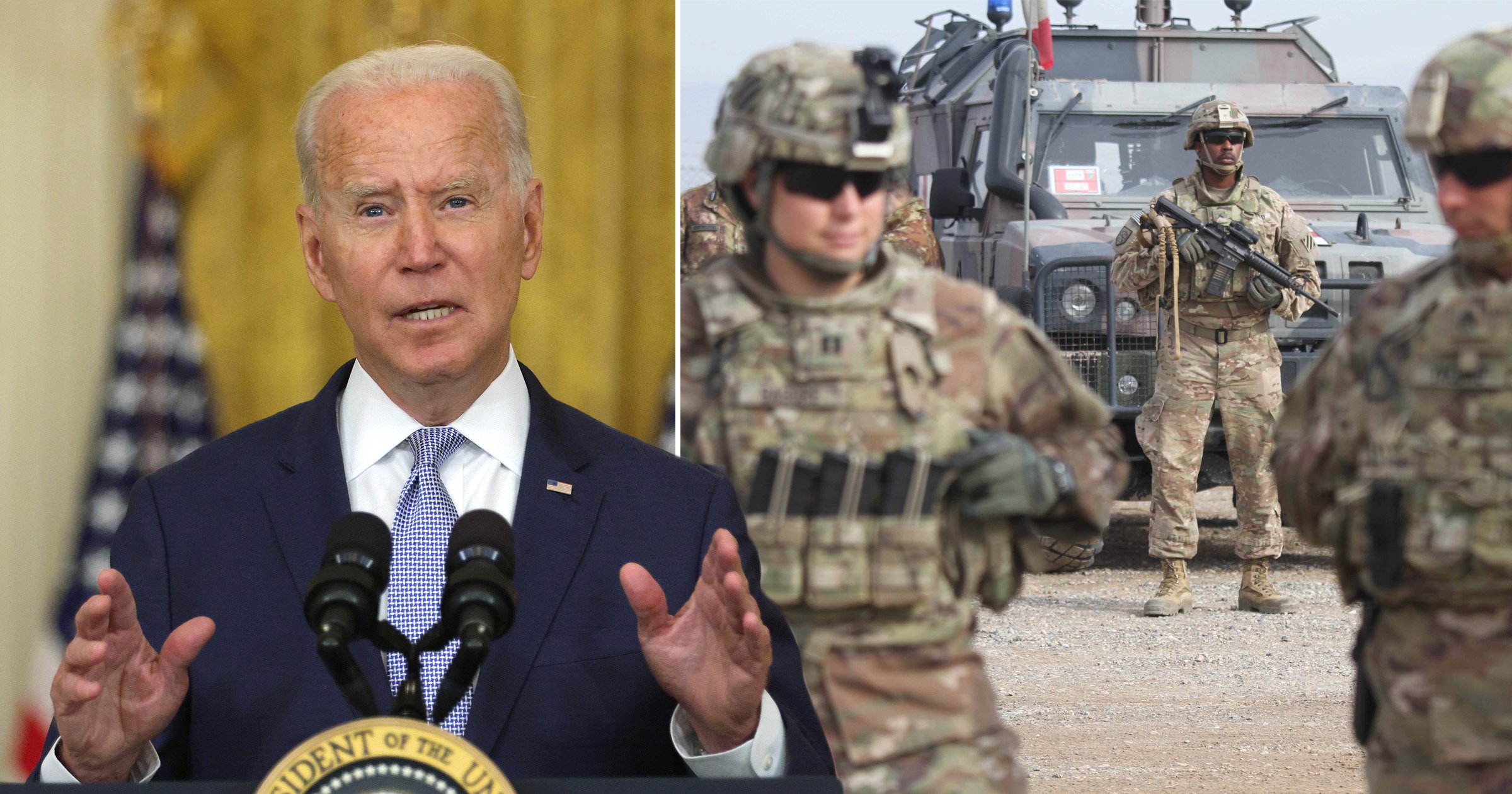 President Joe Biden has approved additional military forces to go to Kabul as the situation in Afghanistan deteriorates.

The US is drawing down its embassy and is removing personnel from the central Asian country, but more help is needed as the Taliban tightens its grip.

Biden said: ‘Based on the recommendations of our diplomatic, military and intelligence teams, I have authorized the deployment of approximately 5,000 US troops to make sure we can have an orderly and safe drawdown of US personnel and other allied personnel.’

He said the US would also be to evacuate some Afghans going through a special visa program.

A defence official, speaking on the condition of anonymity, said of the 5,000 Biden announced, 4,000 were already previously announced but about 1,000 were newly approved and would be from the 82nd airborne division.

Today the Taliban captured a large, heavily defended city in northern Afghanistan in a major setback for the government.

Its militants are now approaching the capital of Kabul, less than three weeks before the US hopes to complete its troop withdrawal.

The fall of Mazar-e-Sharif, the country’s fourth largest city, which Afghan forces and two powerful former warlords had pledged to defend, hands the insurgents control over all of northern Afghanistan, confining the Western-backed government to the center and east.

Abas Ebrahimzada, a lawmaker from the Balkh province where the city is located, said the national army surrendered first, which prompted pro-government militias and other forces to lose morale and give up in the face of a Taliban onslaugh.

Ebrahimzada said Abdul Rashid Dostum and Ata Mohammad Noor, former warlords who command thousands of fighters, had fled the province and their whereabouts were unknown.

Noor said in a Facebook post that his defeat in Mazar-e-Sharif was orchestrated and blamed the government forces, saying they handed their weapons and equipment to the Taliban. He did not say who was behind the conspiracy, nor offer details, but said he and Dostum ‘are in a safe place now’.

The Taliban have made major advances in recent days, including capturing Herat and Kandahar, the country’s second- and third-largest cities.

They now control about 24 of Afghanistan’s 34 provinces, leaving the Western-backed government with a smattering of provinces in the center and east, as well as the capital, Kabul.

Earlier today the Taliban captured all of Logar province, just south of Kabul, and detained local officials, said Hoda Ahmadi, a lawmaker from the province. She said the Taliban have reached the Char Asyab district, just seven miles south of the capital.

Later, the insurgents took over Mihterlam, the capital of Laghman province, northeast of Kabul, without a fight, according to Zefon Safi, a lawmaker from the province.

Today Afghan President Ashraf Ghani delivered a televised speech, his first public appearance since the recent Taliban gains. He vowed not to give up the ‘achievements’ of the 20 years since the US toppled the Taliban.

The US has continued holding peace talks between the government and the Taliban in Qatar this week, and the international community has warned that a Taliban government brought about by force would be shunned.

But the insurgents appear to have little interest in making concessions as they rack up victories on the battlefield.