US President Joe Biden has stamped his own mark on the Oval Office with furnishings reflecting his own tastes and politics.

Mr Biden revealed the new decor – which includes portraits and sculptures of American leaders and icons – as he invited reporters into his new office to watch him sign a series of executive orders hours after he took office.

Notable changes – some stark, some subtle – include a bust of Cesar Chavez, the Latino-American labour leader and civil rights activist, nestled among an array of framed family photographs on a desk behind the new president.

However, a bust of former British prime minister Winston Churchill, which Donald Trump returned to the iconic room within hours of being sworn in, is reportedly no longer on display. 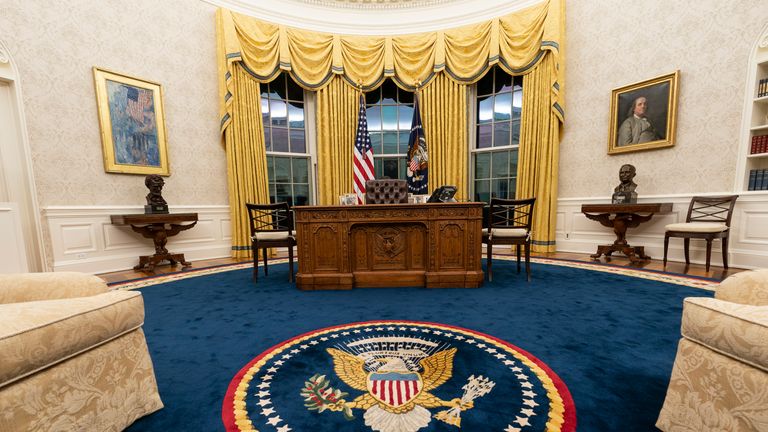 Downing Street has declined to criticise Mr Biden for removing the bust, despite Boris Johnson‘s prior criticism of Barack Obama for having it removed while he was in office.

“The Oval Office is the president’s private office and it’s up to the president to decorate it as he wishes,” said the prime minister’s official spokesman, reiterating Mr Johnson’s assertion that he was excited to work with Mr Biden.

They added: “We’re in no doubt of the importance that President Biden places on the UK and US relationship, and the prime minister looks forward to having a close relationship with him.” 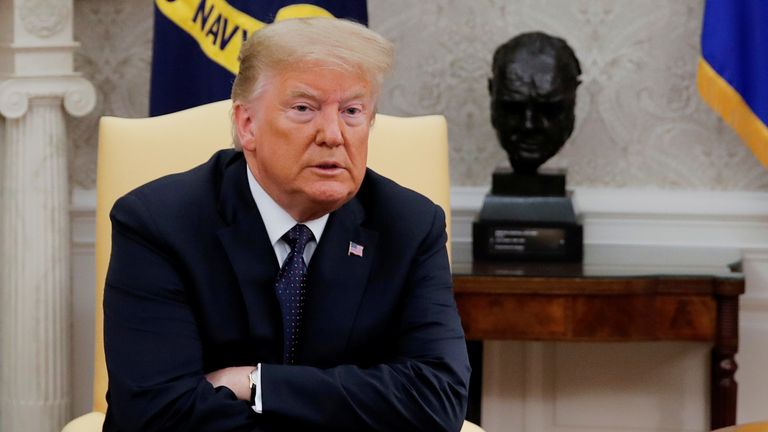 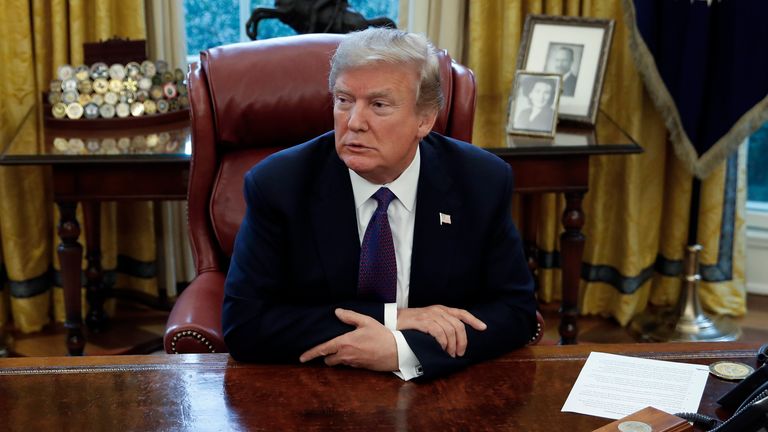 But besides the apparent removal of Mr Churchill’s bust, what else has changed? 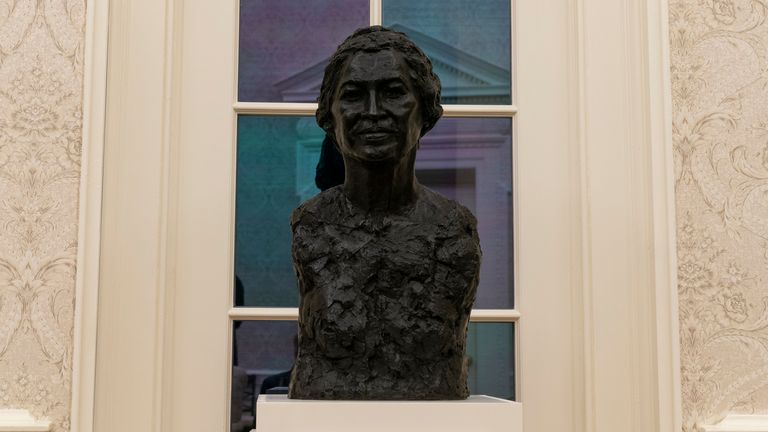 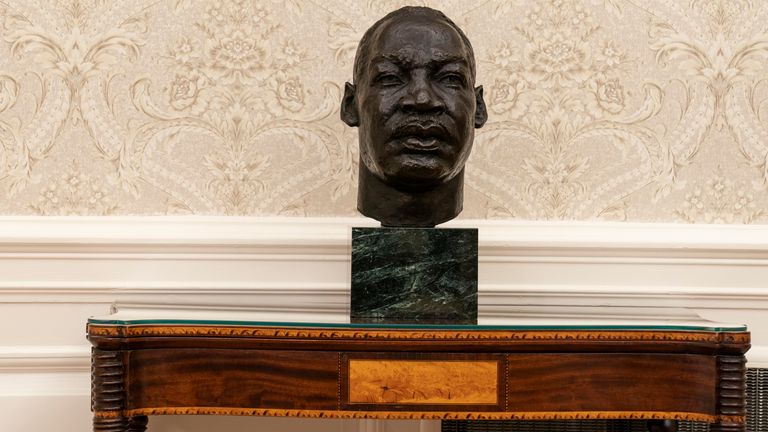 A portrait of President Franklin D Roosevelt hangs in front of the Resolute Desk – one office feature that remains and which was built from oak used in the British Arctic exploration ship HMS Resolute.

Paintings of presidents George Washington, Thomas Jefferson and Abraham Lincoln, and former Treasury Secretary Alexander Hamilton, have been placed near one another.

Benjamin Franklin, one of the founding fathers of the United States, also peers down at Mr Biden from a portrait on a nearby wall. 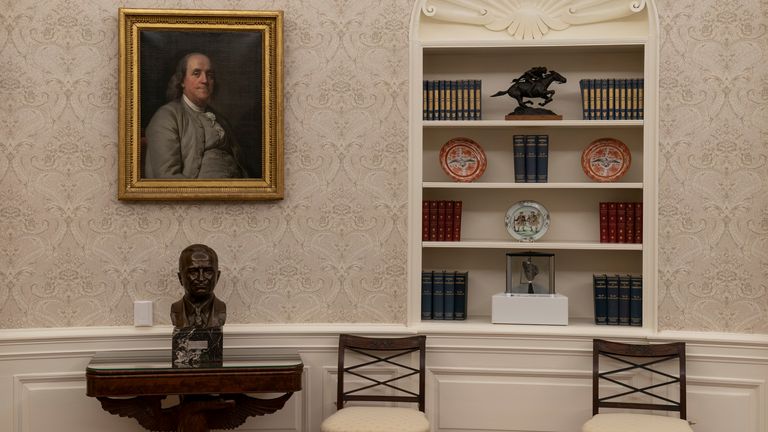 A dark blue rug replaces a lighter coloured one installed by his predecessor, and darker gold curtains have been installed, according to reports.

The chair in which Mr Biden has already been pictured at work is a dark brown leather chair, replacing the reddish brown one Mr Trump used.

Gone also is a painting of President Andrew Jackson that Mr Trump had hung in the office. The Oval Office has undergone numerous rounds of renovations, and each new occupant can decorate the formal, working space as they wish. 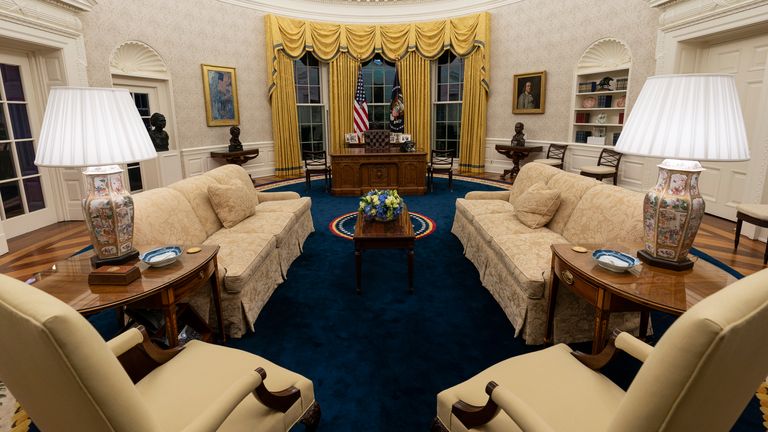 Until the start of the 20th century, the president worked from the second floor of the house, where they lived with their family.

In 1902, Teddy Roosevelt created what would later become the famous West Wing, which houses the Oval Office.