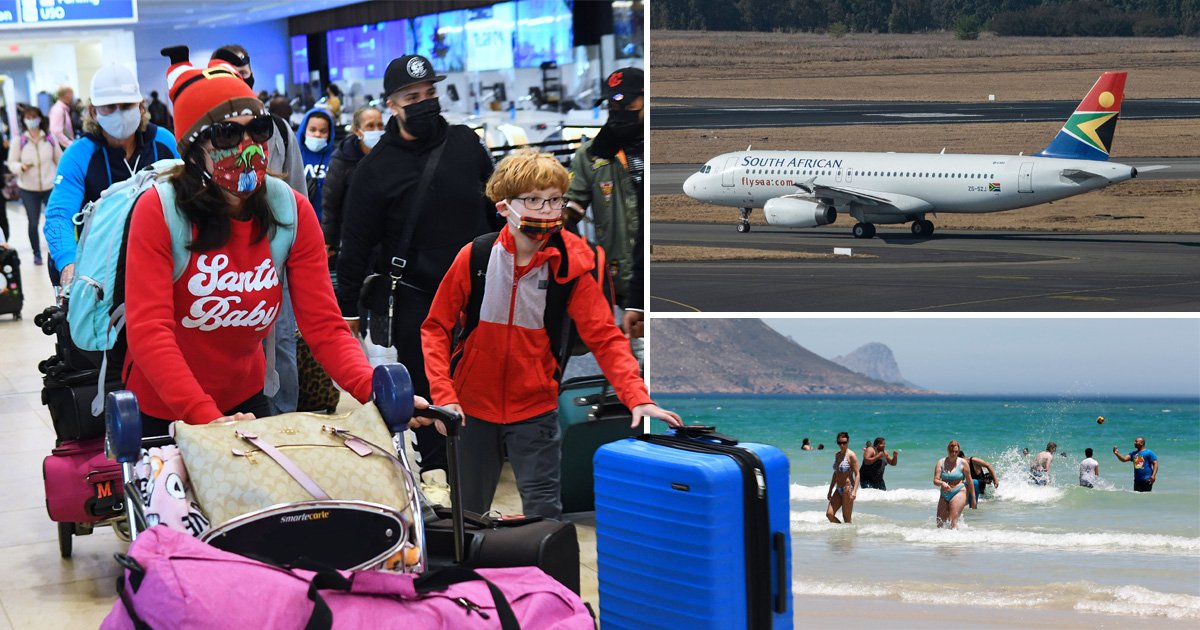 Despite the ban Biden put in place in late November, the Omicron variant was quickly detected in the US and has become the dominant strain.

Biden faced criticism for the restrictions because the Omicron variant was spreading in multiple countries outside of Africa before it was identified in South Africa, which has a robust health surveillance system.

‘At the time these restrictions were put in place, it was clear that there was widespread community transmission in South Africa, as well as a great deal of cross-border travel in the region and little surveillance in many of the countries near South Africa,’ a senior administration official told CNN.

The Centers for Disease Control and Prevention (CDC) recommended that the ban be lifted for two reasons, the official said.

‘First, our nation’s health officials have made progress in understanding Omicron; importantly, our existing vaccines are effective against severe disease with Omicron, especially if you’re boosted,’ the official explained.

‘Second, with Omicron now present across the US and globally, international travelers from these countries will not have a significant impact on US cases.’

Biden had prohibited almost all foreign nationals who were ‘physically present’ in the eight southern African countries in the ’14-day period preceding their entry, or attempted entry into the United States’. American citizens, lawful permanent residents and non-US citizens married to Americans or permanent residents were exempt.

On Tuesday, Biden said he was ‘considering’ reversing the measures. He had been urged to do so in recent days, officials said.

‘Remember why I said we put the travel ban on. It was to see how much time we had before it hit here so we can begin to decide what we needed by looking up what was happening in other countries,’ Biden told reporters. ‘But we’re past that now.’