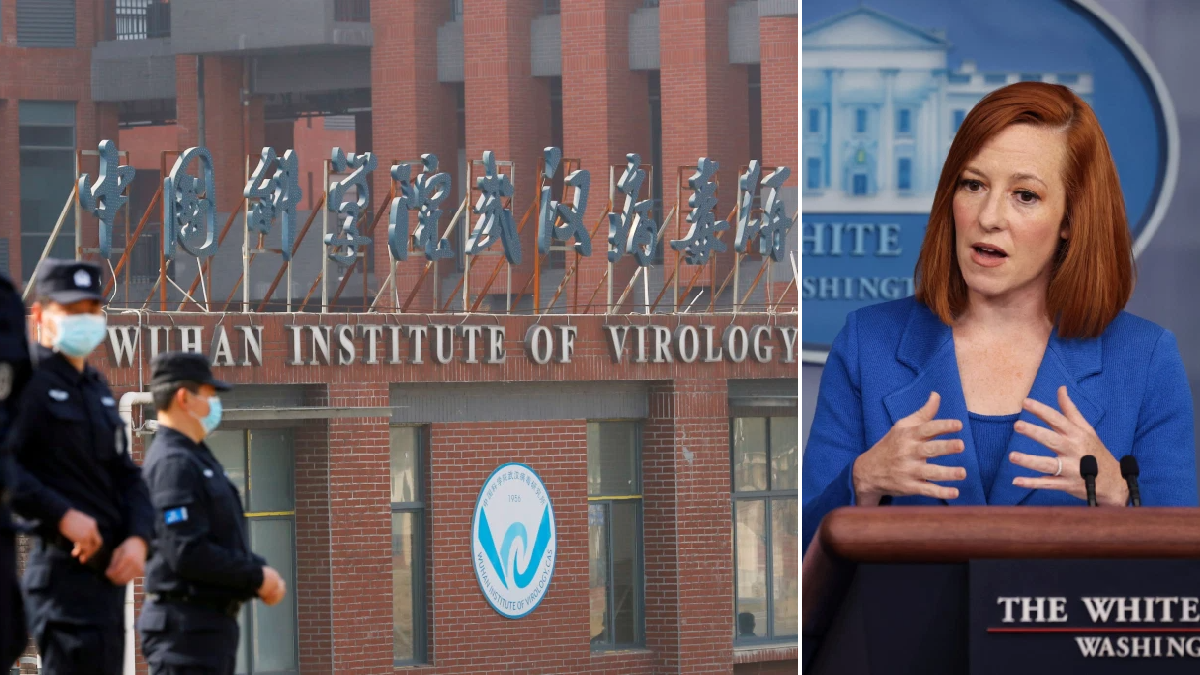 The Biden administration has renewed its push for an independent investigation into the origins of the coronavirus as a new report emerged that three Wuhan researchers were so ill they sought hospital care.

White House Press Secretary Jen Psaki was repeatedly asked by reporters during her press briefing on Monday about The Wall Street Journal’s report that three researchers at the Wuhan Institute of Virology in China fell sick in November 2019.

The report, released on Sunday, spurred more debate around whether Covid-19 leaked out of a lab instead of being transmitted from an animal, which scientists have considered the most likely case.

Psaki said there was ‘no means’ for the the White House to confirm or deny The Journal’s report and refused to comment on the newspaper citing a US intelligence report as the source.

‘It doesn’t mean we can draw a conclusion. We don’t have enough information to draw a conclusion about the origins. There is a need to look into a range of options,’ Psaki said. ‘We need data, we need an independent investigation, and that’s what we’ve been calling for.’

Psaki said that ‘we are and we have reportedly called for the WHO (World Health Organization) to support an exert-drive evaluation of the pandemic’s origins that is free from interference and politicization’.

She added that administration officials will not jump ‘ahead of an actual international process’.

In March, the WHO led and issued a report that found the theory that the virus escaped from a lab ‘extremely unlikely’ and stated that it most likely spread from animals to humans.

However, the report was jointly authored with Chinese scientists, leading the Biden administration and other officials to scrutinize the degree that it was independent.

At the time the report was released, WHO Director-General Tedros Adhanom Ghebreyesus stated that the organization was not ruling out any theories on the origins and that work around the subject had just begun.

Earlier this month, the nation’s top infectious disease expert, Dr Anthony Fauci, said he was not convinced that Covid-19 came from a natural setting. Fauci, who is the director of the US National Institute of Allergy and Infectious Diseases, had previously expressed doubt on the theory that the virus came from a lab.

When asked by a reporter in February if he had ‘any interest in punishing China for not being truthful about Covid last year’, President Joe Biden responded, ‘I’m interested in getting all the facts’.