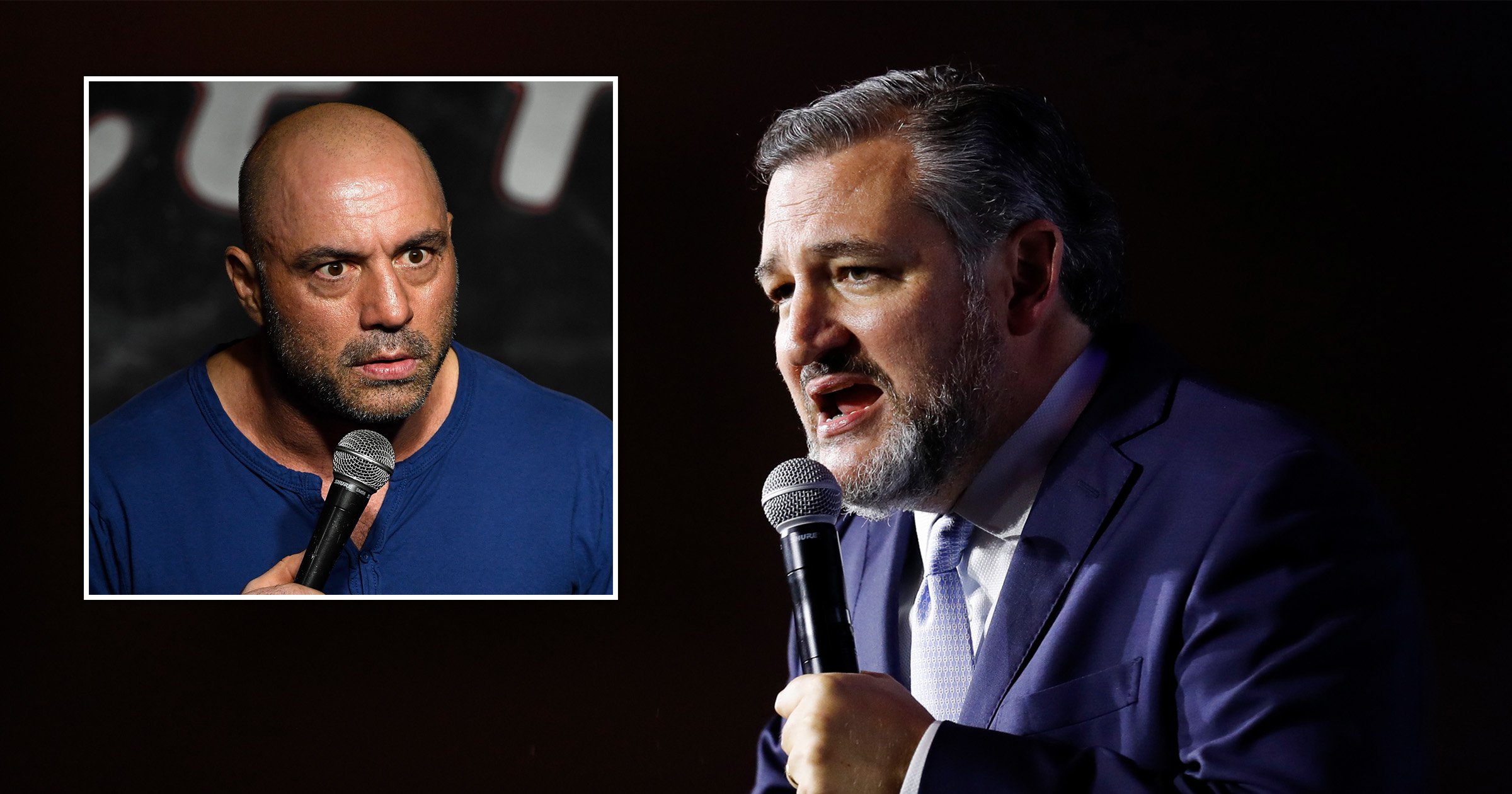 Coronavirus conspiracy theorist Joe Rogan has been floated as a possible candidate to be Texas’ president – if the state secedes from the US. Republican Senator Ted Cruz mentioned Rogan, while insisting he still has hope in the country remaining whole.

Speaking at Texas A&M University about ‘Texit’, as Texas’ secession plan has been dubbed, Cruz said he’s ‘not there yet’ in terms of supporting the move.

However, ‘if there comes a point where it’s hopeless, then I think we take NASA, we take the military, we take the oil’, Cruz said, drawing applause from the audience last month.

Cruz was asked if he would also take Rogan.

‘Joe Rogan, he might be president of Texas!’ Cruz said.

However, Rogan contracted the virus earlier this year and in May admitted he was a ‘f***ing moron’. After falsely claiming that young and healthy people do not need the vaccine, he said he was ‘not a respected source of information’.

Rogan now appears healthy and has continued to put out coronavirus-related theories. In early October, Rogan said without evidence that President Joe Biden’s booster shot was magically faked, even though it was recorded for all to see.

While Cruz appeared to give a nod to Rogan in the event that Texas secedes, the senator insisted that he has not given up on the US.

‘I’m not ready to give up on America. I love this country,’ Cruz said, to more applause.

Cruz added that Texas has a ‘responsibility’ to the country as ‘an amazing force keeping America from going off the cliff, keeping America grounded in the values that built this country’.

The senator said he ‘understood the sentiment’ of Texit supporters and that he could change his mind and join their cause.

‘Look, if the Democrats end the filibuster… if they pack the Supreme Court, if they make DC a state, if they federalize elections and massively expand voter fraud,’ Cruz said, ‘It may become hopeless.’

Cruz reiterated: ‘We’re not there yet.’