Joshua Duggar, the eldest of the siblings featured in the hit TLC reality show “19 Kids and Counting,” pleaded not guilty to child pornography charges in Arkansas on Friday, according to an indictment and court proceedings.

Mr. Duggar, 33, was arrested on Thursday in Springdale, where he lives with his wife and six children. According to prosecutors, in May 2019 he used the internet to download explicit material showing the sexual abuse of children, some younger than 12 years old.

On Friday, Mr. Duggar entered the not guilty plea during an online court hearing. He appeared from the detention center in Washington County, where he had been held since his arrest on Thursday, according to online detainee records. A detention hearing was set for Wednesday and his trial was scheduled for July 6.

Mr. Duggar’s defense team said on Friday that they “intend to defend this case aggressively and thoroughly.”

“In this country, no one can stop prosecutors from charging a crime,” his lawyers, Justin Gelfand, Travis Story and Greg Payne, said in a statement. “But when you’re accused, you can fight back in the courtroom — and that is exactly what Josh intends to do.”

From 2008 to 2015, Mr. Duggar and his siblings were featured in “19 Kids and Counting,” a reality show following the wholesome exploits of the Duggars, a large Arkansas household guided by conservative Christian values.

In 2015, Mr. Duggar stepped down from his job as director of the conservative Family Research Council’s lobbying group after In Touch Weekly reported that a 2006 police report said that as a teenager, Mr. Duggar had fondled the genitals of several girls, sometimes while they slept.

He was not charged because the statute of limitations had expired, according to the In Touch report.

After the report surfaced, Mr. Duggar wrote in a post on Facebook that the allegations were true. “Twelve years ago, as a young teenager I acted inexcusably for which I am extremely sorry and deeply regret,” Mr. Duggar said.

But in 2015, TLC took “19 Kids and Counting” off the air, and brands removed their ads from the show, after the report, ending the run of one of the network’s top-performing programs, which drew millions of viewers every episode.

But the extended family remained in the public eye, after TLC produced the series “Counting On,” following the lives of some of the adult Duggar children as they raised families of their own.

In an interview in 2015, Mr. Duggar’s parents, Jim Bob and Michelle Duggar, said four of the five girls their son molested were his sisters. “Looking back, we did the best we could under the circumstances,” the elder Mr. Duggar said in the interview with Megyn Kelly, then the anchor of “The Kelly File” on Fox News.

“He was still a kid. He was still a juvenile. He wasn’t an adult,” he added. “This was not rape or anything like that. This was touching someone over their clothes.”

They said they sent their son to counseling and had him talk to the police.

Mr. Duggar’s online biography on the Family Research Council’s website says he also worked as a consultant and in an automobile dealership.

His arrest this week came several days after his wife, Anna, announced on Instagram that the couple was expecting their seventh child in the fall. 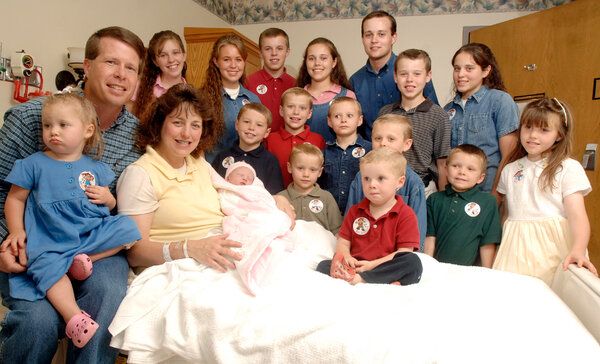