The writer E. Jean Carroll sued the president for defamation after he denied sexually assaulting her in the 1990s. Now the government wants to defend him. 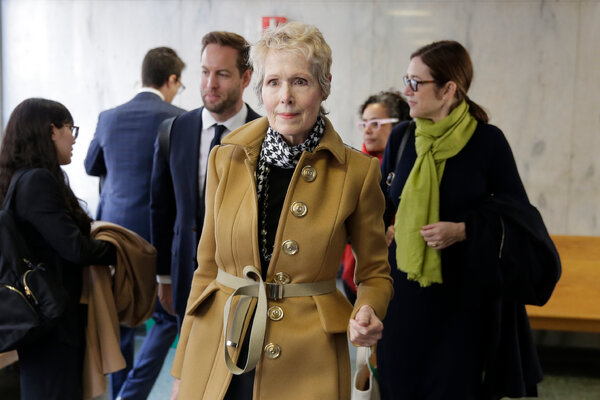 By Benjamin Weiser and Alan Feuer

The Justice Department said on Monday that President Trump should not be sued personally for having denied a rape allegation because he made the statement while acting in his official capacity as president.

Lawyers for the government made the argument as they defended Attorney General William P. Barr’s decision to intervene in a defamation lawsuit filed in a New York court against President Trump by E. Jean Carroll, the writer.

Ms. Carroll has said that Mr. Trump raped her in a department store two decades ago and then falsely denied the attack, branding her a liar and harming her reputation.

But Justice Department lawyers say that even though the allegation concerns an incident that occurred decades before Mr. Trump became president, his denial was still an official act because he “addressed matters relating to his fitness for office as part of an official White House response to press inquiries.”

“Given the president’s position in our constitutional structure, his role in communicating with the public is especially significant,” the Justice Department wrote, adding, “The president’s statements fall within the scope of his employment for multiple reasons.”

On Sept. 8, the Justice Department took the highly unusual step of seeking to intervene in the case even though it revolved around an event that allegedly occurred in the 1990s, long before Mr. Trump became president.

Using a law designed to protect federal employees from defamation suits when they perform their duties, Mr. Barr sought to transfer the lawsuit from state court to Federal District Court in Manhattan and to substitute the federal government for Mr. Trump as the defendant.